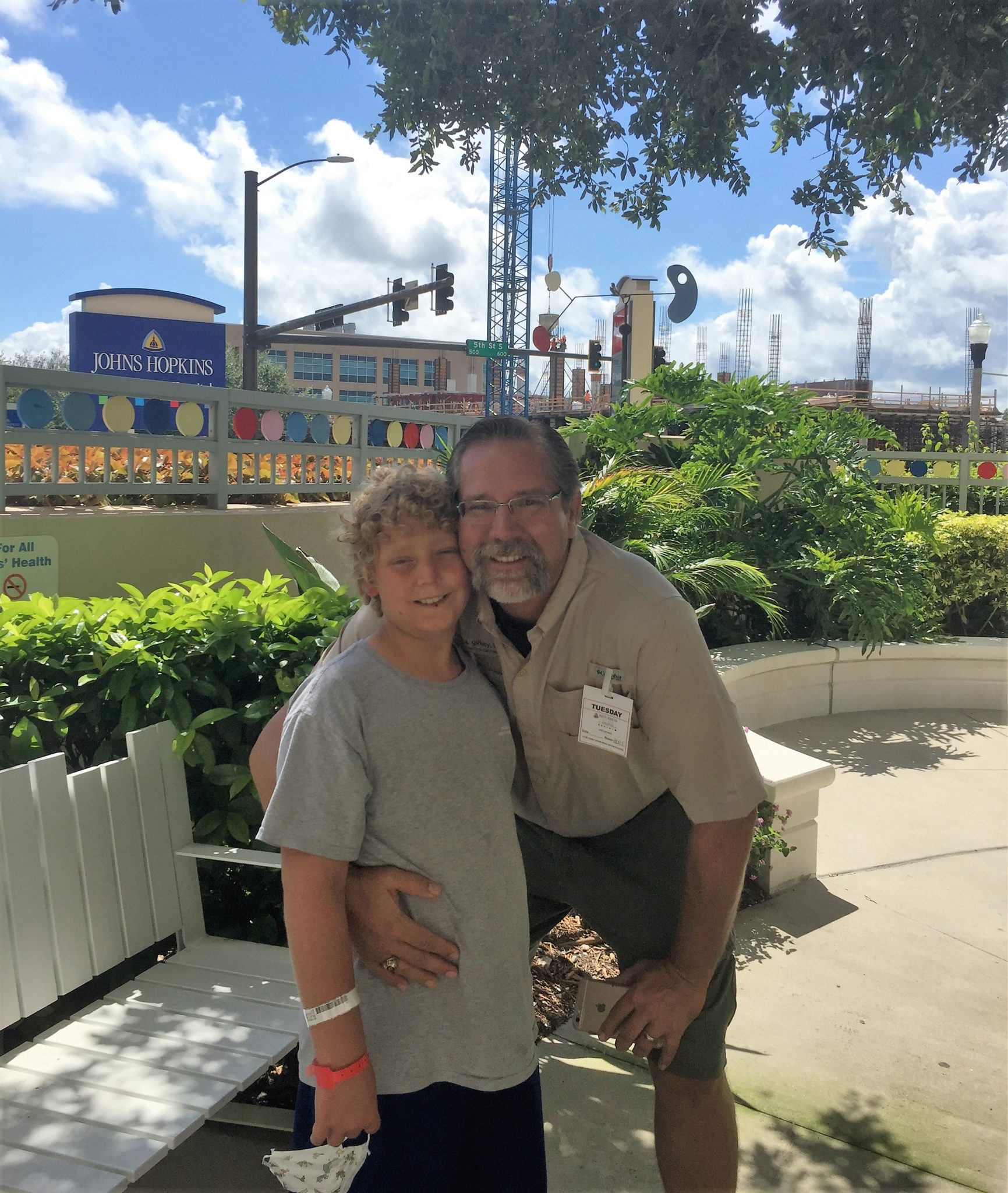 We got home this morning at 3am. Benjamin went through the highly invasive emergency room protocol: port access, peripheral poking and blood draw, insanely sticky nodes on his chest, prophylactic intravenous antibiotics, a bolus of saline, a chest x-ray, and a respiratory viral swab that went way, way too far up the nasal cavity. He was so tough. It had been a long time since we’d been in that little triage room. Silent tears spilled onto his face mask. I wanted to get him out of there…out of all of this…and run.

Most of Benji’s results came back as expected. Clear x-ray. Positive rhinovirus (common cold). Negative blood culture (so far). Strong absolute neutrophil count (ANC), indicative of fighting a virus at 2800. But his platelet count, which we knew had dropped, was all the way down to 20,000, much lower than it’s been in many, many months.

The ER team called the oncology team and asked for their direction, then advised us to go home and return in the morning for our clinic visit, where Dr. Moore would discuss the platelets and our options. I was happy to go home, but my tired mind was racing. I felt like I couldn’t breathe easily. I asked repeatedly if any other numbers were off. Are you sure there are no blasts? Immature leukocytes? No. I asked if Benji could remain accessed until we returned in the morning. They obliged, heparinized his port, got him a wheelchair, and we walked out into the night air.

All the way home I wondered if a bone marrow aspirate would be recommended today. I wondered if they would suspect a relapse that hadn’t yet shown up in the blood. When I woke up, I was thinking more clearly. I remembered a seventh floor nurse telling me fevers eat platelets. Calmer, I helped Banyan get off to our neighbor’s house to catch a ride to school, and Michael and I gathered up Benji and our things and headed north.

Benjamin had another dose of Kytril before we left as a precautionary measure, but he was calm and collected all morning. He feels much more comfortable in the oncology clinic than anywhere else in the hospital. Since he’d remained accessed last night, he didn’t have to deal with the smell of the cleaner or the numbing cream or the needle piercing his skin again. He was relieved.

Dr. Moore was our guy today, and we were happy to see him. As Dr. Oshrine transitions into full time bone marrow transplant world, we will be spending more and more time with Dr. Moore. He was our first oncologist and we are happy for him to be our primary guy in the visits to come, with Dr. Oshrine’s guidance and partnership behind the scenes. Dr. Moore told us that he’d had a long conversation with Dr. Oshrine yesterday about Benjamin’s care moving forward. It makes Michael and me feel so much better to hear that this kind of communication is happening.

No more blood counts were taken this morning, as Benji’s labs had just been run less than twelve hours prior. Based on last night’s platelet numbers, Dr. Moore gave Benjamin his first oral chemo hold today. My heart sank a little. I know that it is almost impossible to make it through maintenance without a hold. But the absence of his nightly medicine still makes me a little nervous.

Dr. Moore could tell that such a drop in platelet numbers alarmed us, and he was prepared with every reassurance. He said they wouldn’t need to transfuse unless Benji’s platelets were under 10,000. I asked him if there was any reason we should do a bone marrow aspirate, especially in light of our recent genetic revelations. He shook his head no, emphatically. He said it is completely normal during maintenance to see suppression in one cell line (platelets) and not another (red blood or neutrophils). Platelets can be suppressed by medicine and then tank when a virus comes, especially a fevery virus. This is totally normal. Benjamin’s bone marrow just needs a little break.

Benjamin still received his Intravenous Vincristine today and began a new steroid pulse, so he’s certainly not chemo-free. Those two things are never held, unless one of them causes a toxicity in the body. His nightly 6MP and weekly oral Methotrexate will be suspended until his platelets reach 50,000. It will be very strange–and probably liberating–to not schedule our evenings around Benjamin’s food restrictions. We will return to All Children’s next week for a finger poke, a CBC, and hopefully, two new prescriptions.

From there the conversation moved into Benjamin’s new CMMRD surveillance plan. Dr. Moore was pleased that the GI team had been so accommodating with the scheduling of the colonoscopy and endoscopy at Benjamin’s next lumbar puncture. We asked him if there were thresholds we needed to meet in order for these procedures to happen, and he said that as long as Benjamin was not severely neutropenic, we’d be fine. We asked about the recommended brain MRI, and whether that could also be done under sedation. I was relieved to hear that it was possible and even recommended for children Benjamin’s age. It can’t be stacked with the scopes and lumbar puncture, however, since it’s in a different surgical field. So we will schedule Benjamin’s first brain MRI some time in the coming month. Dr. Moore seemed to prioritize this test among the others. It doesn’t matter. These scans will all be clear.

Dr. Moore gave Benjamin an examination and left our nurses to administer his Vincristine–but not before telling us where all of the best Pokemon creatures were hiding in St. Petersburg. He made Benji laugh. He also answered Michael’s questions about genetics and cancer research very thoughtfully. He was bonding with us, and with Benji, and we appreciated it very much. We dropped a lure module at the All Children’s Pokestop on our way out the door.

In the lot next to the hospital, a new research facility is being erected. New oncologists are being hired, so that Dr. Oshrine, Dr. Moore, and their colleagues can divide their time between seeing patients and doing critical research. I look at the structure of that building forming and it fills me with hope. I have every confidence that given the time and resources, huge discoveries can be made there, by these new friends of ours. Some of these discoveries will be inspired by Benjamin Gilkey. He is changing the world for real.