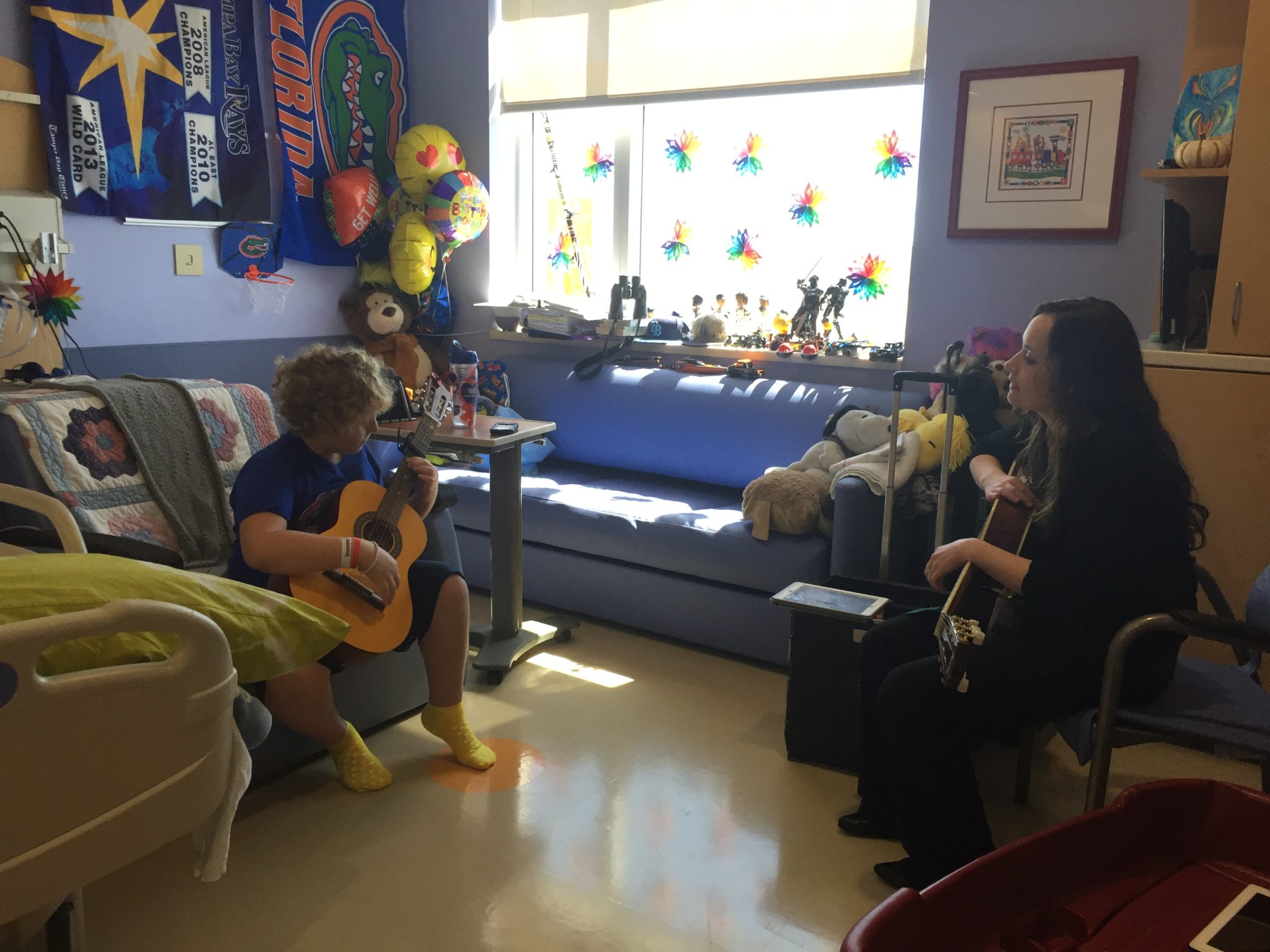 It doesn’t look like we’ll be going home any time soon.

Benji was pleased to wake up unhooked from his fluids again. He usually gets up to empty his bladder right away, especially after a night with no bathroom breaks. But this morning the urgency wasn’t there. I asked him if he needed to go, and he did, but produced a much smaller volume than usual. I took note of it and told Benji he’d need to hydrate a lot today. He dutifully obliged.

Benji’s labs revealed that his uric acid has increased again, enough to warrant a return to Allopurinol. His platelets dipped to 69,000 after yesterday’s double transfusion. His hemoglobin increased a little, and his white blood cell count doubled to 1.44. His differential, which breaks down his neutrophil counts, was still not back from the lab. I wasn’t told then that it had been sent to pathology. Again.

Later, as we were walking the halls, our nurse found us and told us that the differential had come back. Benjamin’s absolute neutrophil count (ANC) had gone back down to 40. The upward trend we were hoping for hasn’t happened yet. I asked our nurse if there were any reasons the differential had taken so long. She motioned for me to follow her back to our room, and said she’d show me the numbers. I caught a sideways glance to another nurse that made my stomach sink.

I saw it on the screen right when she pulled it up. A red 2.5 in the blast category. That means 2.5% of Benji’s blood sample this morning had cells in it that looked like leukemia blasts. A nurse practitioner came in quickly to tell me that the results were inconclusive; the pathology department couldn’t tell with certainty whether the blasts were leukemia cells or immature leukocytes (newly forming blood cells from recovering marrow). I didn’t like this answer and said as much. You mean to tell me there is no one in this building that can look at a cell and tell for sure whether it is leukemia? When this happened last week, the cells were deemed recovery blasts, in a sample smaller than today’s. But I realized how naive my reaction was. I know so little about this part of the process. The nurse practitioner told me that there just weren’t enough cells to say with certainty, or to send a flow cytometer, the machine they use to examine the bone marrow.

So, we wait. We see what Benjamin’s labs and cells look like in the days until his marrow has recovered enough for an aspirate. I don’t think we will be going home until that happens. The nurse practitioner told me she’d spoken to Dr. Oshrine, and he said we will have a definite plan for treatment, either way. Those words, delivered secondhand, didn’t sit well with me. He knows we need a plan, and I want to take comfort in that. But “either way” means he feels there is a chance those cells could be leukemia cells. At this stage, everyone expects there to be a few leukemia cells hanging on in the marrow. But if they are in the peripheral blood, that changes things considerably.

Ironically, last night, nearly identical fears kept my mind racing. What if all of this reinduction chemo isn’t working? What happens if we can’t move into the immunotherapy phase? What then? I don’t know this part of the “plan,” because I don’t need to. I will learn it if it presents itself as the best path for Benjamin’s healing.

It’s hard to reconcile the worry with the wildly spirited active boy who occupies this room on the seventh floor. I can say with almost certainty that he feels better than any kid up here. This is what I need to be focusing on, this truth of right now. And, there is still a very good chance those blasts are recovery blasts. We’ve just heard a lot of news lately that is really tough to swallow. Still, I can’t let that translate into an expectation of bad news. There is truly no room for that kind of thinking up here.

We had a lovely afternoon. Benji had music therapy, we worked on card tricks, and did a bunch of schoolwork. We played games with the nurses and with another patient on the floor. Benjamin’s bladder issues continued throughout the day. By evening he was almost a liter positive on his input and output balance. His blood pressures had been running high as well, and his creatinine had crept up from yesterday. A urinalysis showed no signs of bladder or urinary tract infection, but after each trip to the bathroom (which were few and far between) he held his lower belly in pain. I asked the nurse to check with the doctors about a dose of Lasix to relieve the extra fluid, but they said they didn’t think it was necessary just yet. They’d like to look at his labs in the morning and monitor his weight gain and blood pressure tonight. Those morning labs are going to be extremely telling for many reasons.

Michael and Banyan came up to have dinner with us and stayed as late as they possibly could. It felt so good to be together, all four of us, for the first time since Sunday. It calmed my heart.

I learned at shift change that Benji’s platelet threshold for transfusion increased back up to 20,000. When I asked why, I was told that it was because he is taking daily Dasatanib, and the threshold is in keeping with other hospitals that prescribe the oral chemo. I did a little research on it tonight and found a few articles linking dasatanib with inhibited platelet formation. I felt a shimmer of hope, wondering if this could have anything to do with those blasts. I’ll be asking about the connection in rounds tomorrow.

Expectations are tempting and dangerous creatures. They can fill you with fear or entice you with romantic visions of home. Surely, I should know better by now than succumb to either. Living in the moment is the only answer. We will be where we need to be and do what we need to do for Benjamin’s healing.