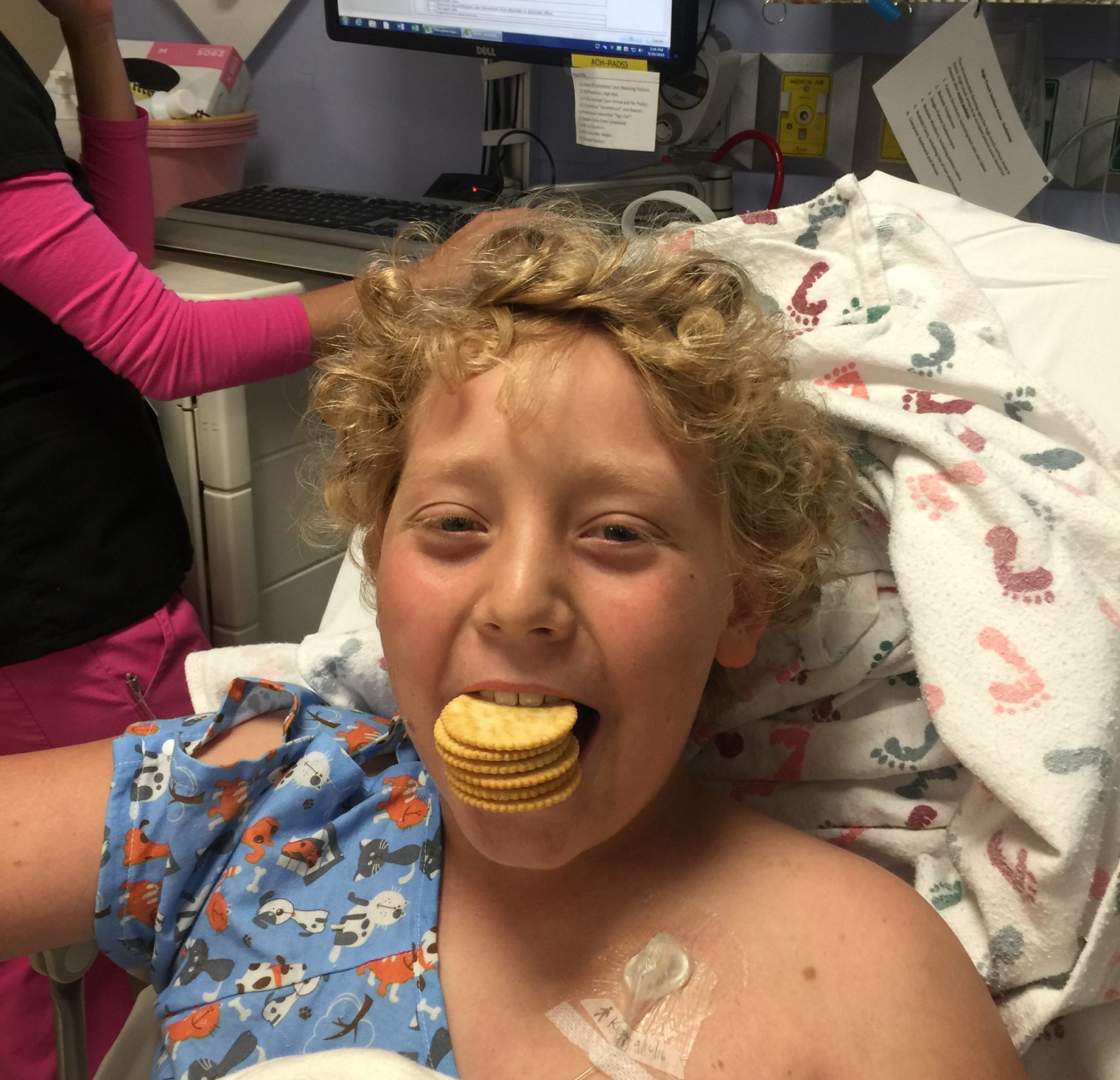 They found leukemia blasts in Benjamin’s blood today. I hate that I am typing this right now. I’ve only recently stopped shaking enough to do so.

The details of the morning that I would normally be processing here seem faded, muted, like they happened a million years ago; the tears when he was accessed, the propofol going into his line, his head being placed in the MRI tunnel. But Dr. Grana’s voice, saying the leukemia is back, feels as sharp as a knife.

We don’t know yet if it’s a relapse of Acute Lymphoblastic Leukemia (which is most likely), or another kind of leukemia altogether. But we know that the cells are there. 13% of his blood was infected as of this morning. Cancer, in some form or another, is back in his marrow.

This news has nothing to do with Benji’s regularly scheduled MRI, which was to scan for tumorous activity after learning of his high risk for multiple cancers (CMMRD). We didn’t find out until Benji was already under anesthesia for the scan. But I knew in my gut when we saw his platelet count over the radiology nurse’s shoulder: 16,000. It shouldn’t have dropped that low, not after a two and a half week chemo hold. Everyone tried to tell me nothing else was abnormal, but I saw his white blood count spike from Monday also, and I felt nauseous. Michael did too. I think we both knew.

We agreed to a bone marrow aspirate and biopsy while Benjamin was sedated. I think when he woke up and felt the bandaids and the pain in his back from the aspirate, he knew as well. He asked why his back hurt, and looked up at Michael and me. When he saw  us look at each other, he put his blanket over his head to shield his face, and Michael mouthed to me, “he knows.” But he let us wait until we were home with Banyan to tell them both the news together. The ride south over the skyway was interminable. The rain was pouring and blood was dripping from Benjamin’s port site in the backseat. Once we were home, we called a family meeting. I don’t think I have ever been so proud of my children. They both took it with such maturity and grace, sitting up a little straighter, knowing they would be part of doing whatever it is we have to do to get this done, and to get Benjamin home.

There was discussion of admitting Benjamin today, but we won’t have the results of the aspirate and biospy until Sunday anyway, and Benjamin’s uric acid levels (which spike when cells die at a rapid pace) are low enough that they felt like discharging us with a prescription of allopurinol, to protect his kidneys, was the right thing to do. We will have a blissfully normal September Saturday at home, and two glorious nights in our own beds. Then, on Sunday, Benji and I will be admitted to the seventh floor, where we will stay for the forseeable future.

We don’t know yet what to expect, but we know that a bone marrow transplant is somewhere on Benjamin’s horizon. It’ll be a while before we learn about this procedure completely and how his CMMRD diagnosis will affect our plans. Benji will have to achieve remission (again) first, which means another Induction Phase, and possibly more treatment after that, before talk of a transplant can even begin. Now, I am beyond thankful that Dr. Oshrine has shifted to this area of the hospital full time. He’ll be caring for Benjamin. Today he was on a plane to Spain with his family when Dr. Grana texted him the news.

Almost as soon as we heard, I emailed Dr. Tabori in Toronto and asked for his counsel in guiding Dr. Moore and the team in this second Induction Phase. I want to make sure none of the chemo medicines they would normally use during Induction would do more harm than good to Benji’s DNA, in light of his CMMRD diagnosis. I don’t have the stomach or brainpower to research this tonight but I will be learning all I can in the days to come. Dr. Tabori wrote back very quickly, saying he would love to be involved.

The boys are eating Ben and Jerry’s ice cream in our bed now and we are about to watch a Star Wars movie. Tomorrow we will enjoy each other to the fullest. I will contact Benji’s teachers and coaches and such over the weekend. I don’t know what else to say.

I am grateful for this space and grateful for the family and friends that continue to follow Benjamin’s progress here. I will not be sharing this news on social media until we are admitted Sunday; we may see folks we know out and about tomorrow, and I’d like for leukemia not to rule the day. I’d like for Benji to feel as normal as possible. It will be the last day that cancer won’t take center stage in Benji’s life for a long, long time.

Thank you all for your continued prayers.