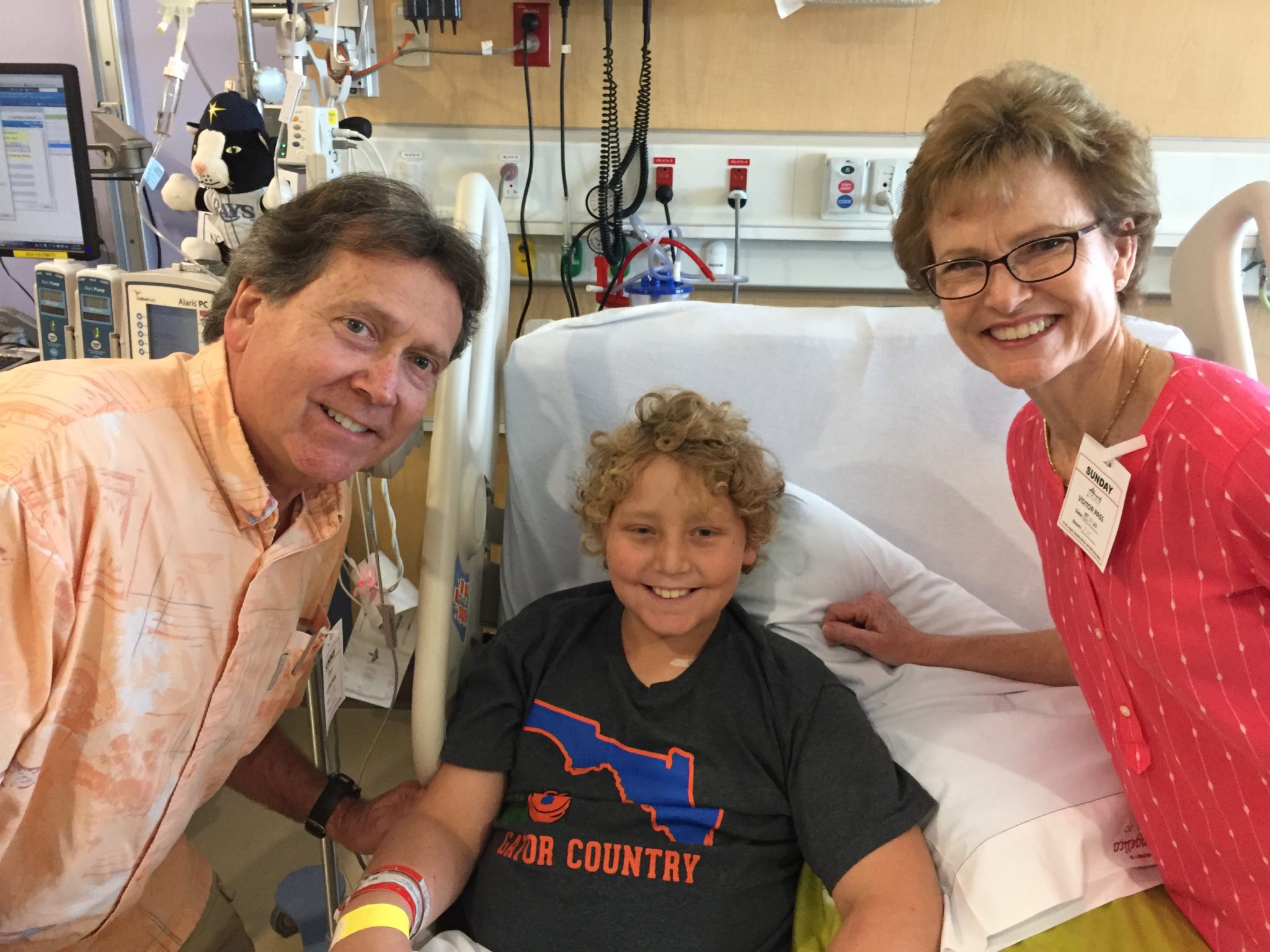 Benjamin has had what his nurses described as an “eventful day.” This morning seems like ages ago.

Once again I let Benjamin sleep as late as possible. When he woke up he was super hungry. He wanted to go down to the cafeteria and use the bagel toaster for the sesame bagel his Grammy left him yesterday. I encouraged the activity, but told Benji we needed to wait until the morning nurses came in for rounds.

I recognized one of our nurses from last year’s admissions. She said she was just helping out on our end of the hall today, and that she’s usually down in the bone marrow transplant section now. I said, “Oh! Then we’ll be seeing a lot of you soon.” The nurse, who was clearly not listening, said, “Yeah. I don’t like to go down there because they’re so sick. I like it much better down here with the fun kids.”

Benjamin didn’t register the completely insensitive comment, so I let it go. But it made me feel awful to think he could have heard it. We will be on that end of the hall soon enough. Other comments she made within Benji’s earshot today needed a filter, to say the least; and certain processes we have come to understand as protocol were inconsistent with her. If she is our nurse again I will have to set some new ground rules, or request a replacement. Luckily the experience was an anomaly. The nurses on this floor are phenomenal.

With the morning medicine out of the way, we headed downstairs. When we were almost to the cafeteria, Benjamin tripped and fell to the ground, pulling his IV line loose from his port line. It happened so quickly I couldn’t catch him. We both lifted his shirt and saw his port still intact (thank God) and the line attached to it filling with blood. I called loudly for a nurse, not knowing what to do. Fortunately one who was in the lobby came quickly and walked us back to the elevator and up to 7 South.

It’s Sunday, and Benjamin was due to get reaccessed today anyway, so as soon as we got back to our room, his nurses decided to deaccess him right then and remove his open line (which was a risk for infection). Once he was unhooked, we gave the bagel toasting mission another try, this time with nonslip socks. It was a success. Benji’s bagel was perfectly toasted and we were even able to go sit outside in the edible garden and feel a touch of October in the fresh air, which we both breathed in deeply.

When we returned to the room, Benjamin took a bath. A real bath, with no CHG, no tubes coming out of his port, no Press ‘n Seal over his chest. I made his bed with fresh linens while he was in the tub. Out of the corner of my eye, I saw Benji sink down tentatively, finally able to extend his aching body in the warm water he craves. It brought me to tears.

When Benji was clean and dry, I put numbing cream on his chest and used my next to last dressing to cover it. That means we have used 199 dressings. That’s a lot of pokes. He was still untethered when Michael, Banyan, Kathy and Gana arrived with another delicious Sunday meal.

Benjamin was reaccessed after lunch. It took a really long time, and it hurt, but his trusty port yielded perfect blood return on the first try. Michael and I stayed with him during the process to calm him. Kathy and Gana kept Banyan outside in the waiting area, and welcomed Michael’s Uncle Dennis and Aunt Debbie who came to visit. When Benji was hooked back up to his fluids, our family rejoined us. We played cards and laughed, and Benji, though tired, was happily distracted. After everyone left, he napped with Michael, and Banyan and I played a long overdue game of chess.

I had a phone meeting with Benji’s teacher today. We are going to ease into a comfortable rhythm that works for both of us. During the hours that Benji feels well tomorrow, we will do as much schoolwork as we can. I feel the need to get ahead of the game. I know that there will be days that Benji won’t be up to it at all.

Benji’s platelets were exactly 10,000 this morning. His standing orders are to transfuse under 10, or with active bleeding. This afternoon, we noticed blood in his stool, so the platelets were ordered. The blood increased as night fell. It wasn’t an alarming amount, and the nurses weren’t too concerned. The logical explanation is chemo induced mucositis in his GI tract that couldn’t properly heal without sufficient platelets. It’s hard not to think about those polyps though. I am so thankful for the person whose platelets are infusing into Benjamin’s cells now.

In addition to schoolwork, tomorrow Benjamin will have his fifth doses of both his Dasatanib pills and his Erwinia shots. He’ll take steroids for just two more days this week. He’ll have his third doses of Vincristine and Daunorubicin Wednesday. He is officially neutropenic now, with an absolute neutrophil count (ANC) of 1310. Dr. Moore will be doing rounds this week. I have a feeling the next few days will be very telling in how the rest of this phase will progress for our sweet, brave, patient boy.