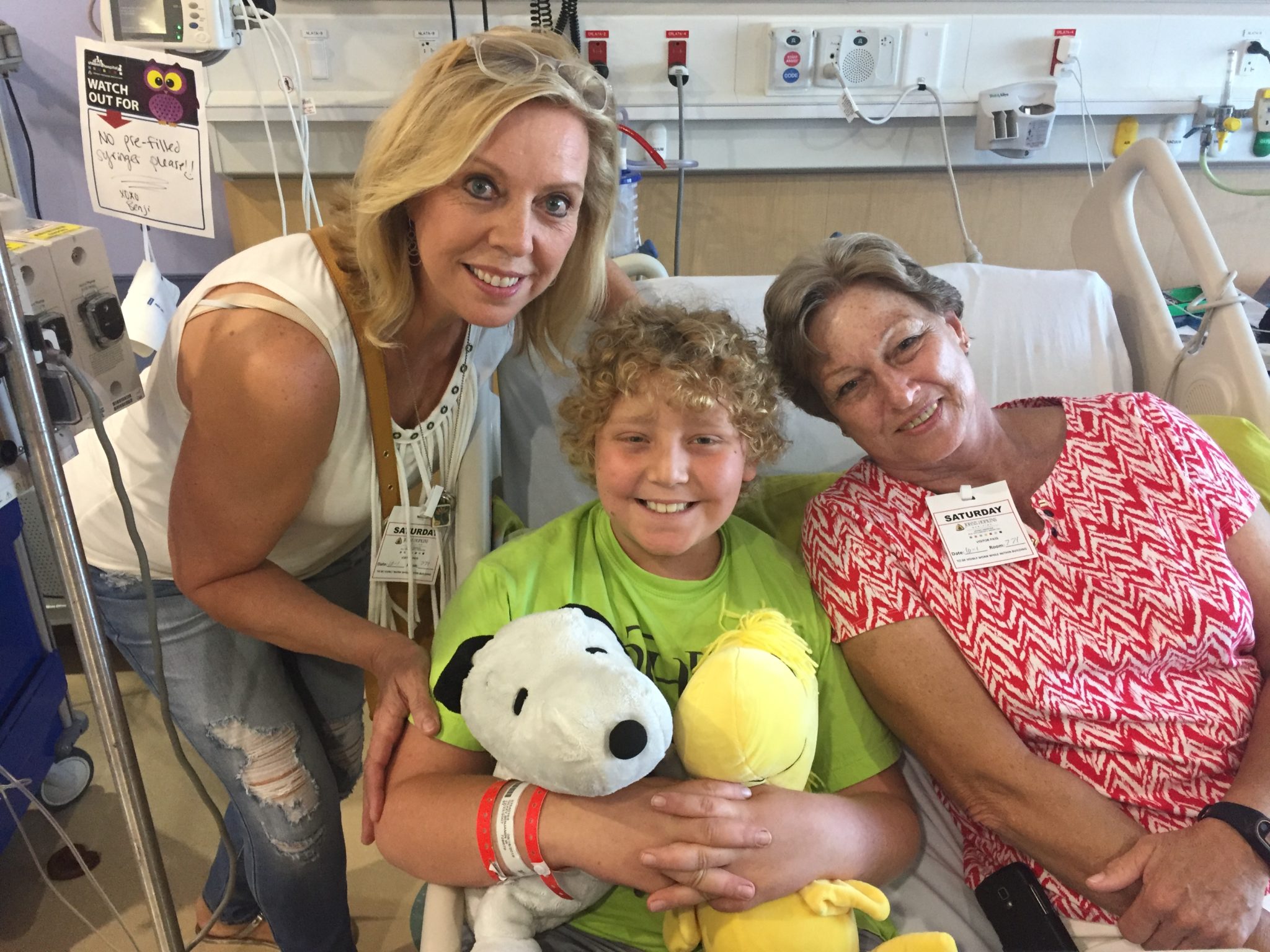 Benjamin slept quite late this morning. I was relieved when he woke up, went to the bathroom, and balanced his input and output. He won’t need lasix tonight. He is still puffy and his weight is still fluctuating but I’m confident Dexamethasone is to blame, and the nurses seem to agree.

For the first hour Benji was awake, he seemed down. A little sad, and still so tired. But as the sun rose in the sky, so did his spirits. He got up from the bed and joined me on the couch near the window for a game of cards. That’s where we were when his Grammy, Noni, and Great Aunt Sherry walked in with a wagon full of shrimp and grits and gifts for all. Michael and Banyan joined us as soon as Banyan’s football game ended.

We are so well loved. So well supported. We had a southern feast this morning that could have been served in any fine restaurant. We are given every measure of comfort we ask for and many that surprise us. We have company when we need it and space when we need it and understanding and empathy from everywhere. So much of this path must be walked by Benjamin alone. But he is not alone, by any stretch, as he walks it.

People from all over the country have asked if they could somehow be Benjamin’s bone marrow donor. We are so touched by each offer. We encourage everyone to visit  bethematch.org and learn about the process of marrow donation. Most likely, people who sign up now to be on the registry will be too late to be a match for Benjamin; his potential donor is already on the list. But if people are moved to donate for him, perhaps they will be moved to sign up, and donate to someone else one day should the need arise.

Benjamin’s counts are dropping. I think we will be in neutropenic territory again next week. He will likely need a platelet transfusion tomorrow and a red blood transfusion may not be far behind. This all means that his medicines are doing their job. It also means that he will be at higher risk for infection soon, and he is starting to feel poorly again during parts of the day. It’s hard to watch. It’s hard to mentally prepare for. But we’ve done it before, and we will do it again. We are stronger because of the mighty love that surrounds us.