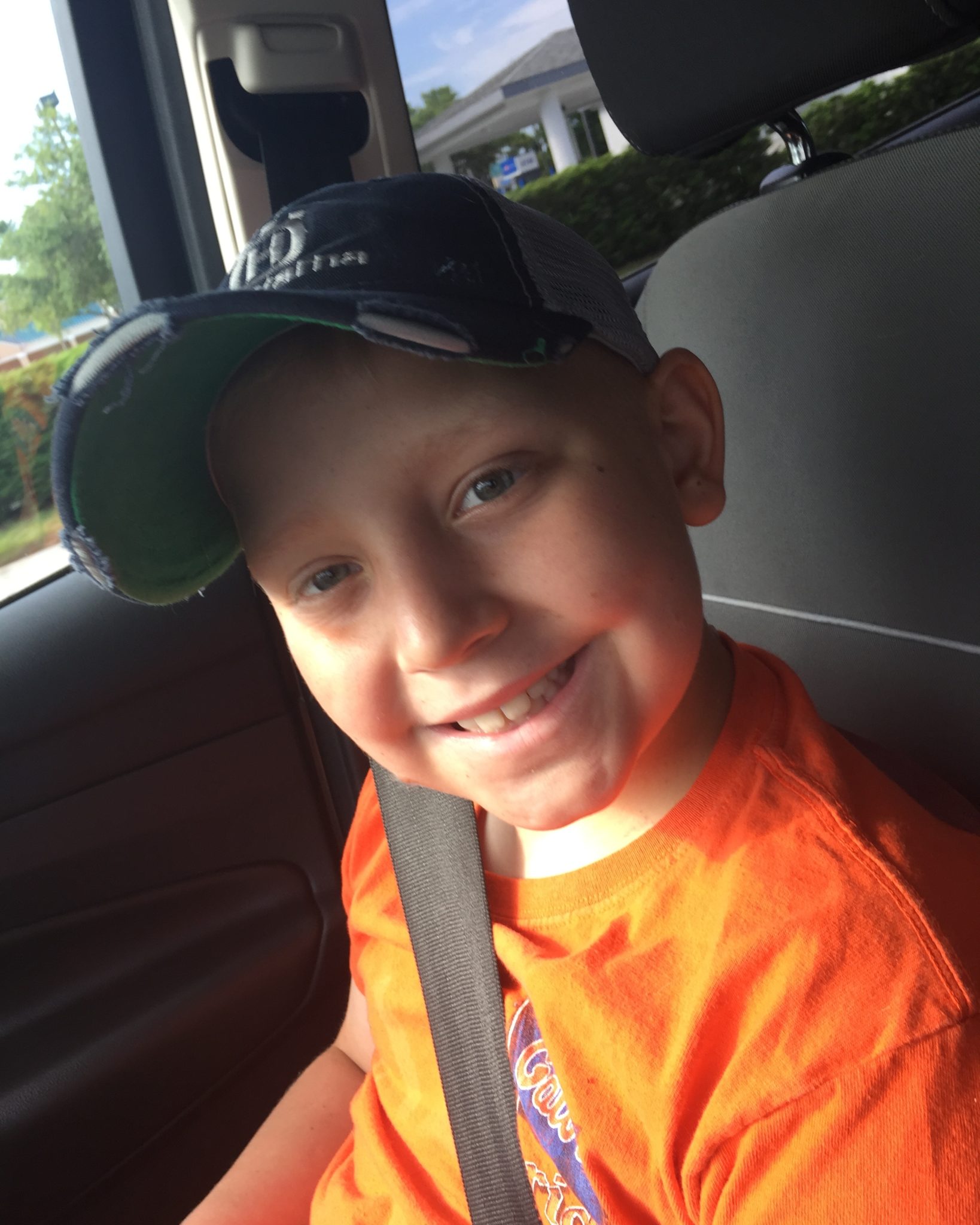 I woke before the sun to walk the Ringling Bridge this morning. When I got home, Benjamin was staring through the window of the front door. He didn’t look happy. His color looked off to me, and I noticed his lips were pale. He said he’d just taken Zofran, not five minutes prior to my return. Michael said it was a pretty urgent request. I was slightly concerned with the timing, as his chemo appointment was later than usual today, and I didn’t want a repeat of Monday’s car escapades. But we stayed on top of it at regular six hour intervals. His appetite was low all day, but the nausea was kept at bay, and all was well.

Otherwise, the pace of the morning was lovely. The later appointment allowed us to get some chores done at home before heading over the bridge. We played twenty questions the whole way there, and saw three bald eagles. That makes twelve for the week. We were both feeling light-hearted, knowing that at the end of today’s appointment, Benji would be de-accessed, and we would be “free” for the three day weekend (barring fever). It’s a good feeling.

Benjamin is always independent, always participating in his own care, always his own advocate. Today he kicked it up a notch. He did just about everything except administer his own chemo. He took his own vitals, flushed his port (twice), drew his own blood, transferred it to the appropriate vials, pushed his heparin, and removed his own dressing. Big shout out here to the nurses at All Children’s. Of course these processes take longer when Benjamin does them. Not a single one of them has ever discouraged him from participating. This means the world to me. They understand the value of control in his world.

Because of the pale lips I saw this morning, I expected Benji’s hemoglobin to be lower than it was. His hemoglobin and platelet counts are actually holding strong, and the physician’s assistant we saw today guessed that he may not need transfusions until Wednesday. His absolute neutrophil count (ANC), however, is plummeting. It’s below 500 now, cut in half in just two days, classifying him as severely neutropenic. When counts drop below 500, a body’s ability to fight bacterial infection drops significantly. Below 200 it drops again, and below 100 the risk is uncomfortably high. The PA said that he expects Benji’s counts to get to zero by Monday.

We’re trying not to be too paranoid about this. Hospitalizations are expected. We are avoiding crowds in close quarters, we’re washing hands even more frequently, trimming fingernails, using extra sanitizer, cleansing surfaces more carefully. But we’re not going to make Benji miss his brother’s basketball game, or ask him not to play with the neighbors down the street. He feels good and strong and energetic. That goes a long way with us. We’ll do what we can to keep germs at bay, but if (more likely when) a fever comes, we’ll be ready. Michael’s insisting that both of our vehicles remain properly fueled. I’ll be packing a hospital bag over the weekend. This time, I don’t feel like it will “jinx” us. It will just give us a stronger sense of control.

Benji did schoolwork while this phase’s last dose of Cytarabine (Ara-C) dripped into his veins. We are three quarters through Consolidation. In two weeks, once his counts have recovered enough, he’ll have another bone marrow aspirate. It will be searching for evidence of Minimal Residual Disease (MRD). I am trying so hard not to think about the results of this test. I’m trying not to wonder whether all he’s gone through during this phase has been as effective as we hope. Clearly, I’m having a hard time shutting it out completely. I do stop myself from looking ahead. I very purposefully don’t know the road map for the next phase of treatment, Interim Maintenance. I’m trying to place all my intentions on the medicines currently doing their job to suppress Benjamin’s bone marrow.

We enjoyed another gifted meal tonight, a visit from Grammy and Noni, and lots of twilight play with the neighbors. We look forward to a nice long weekend, celebrating spring, renewal, and new beginnings.