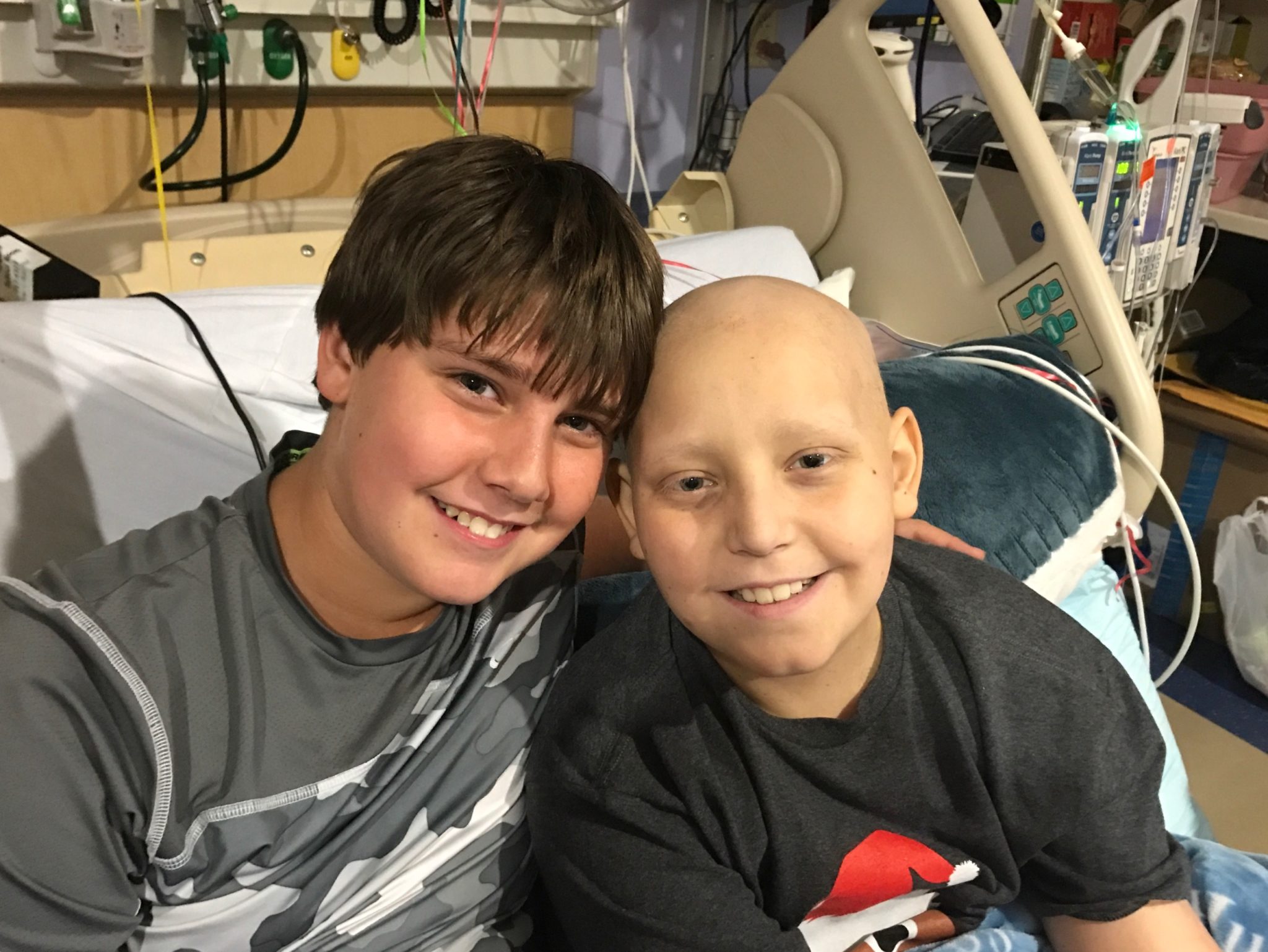 Today was Benjamin Wilson Gilkey’s 9th birthday. There have been so many emotions flowing through this room today. I’m exhausted and I’m grateful. Next to me is a boy who feels much better than he did this morning. Better than he has in days.

At midnight, as eight year old Benjamin was turning nine, he was also asking for morphine. He had a sharp pain in his right side and it was unbearable. I was relying on rudimentary anatomy knowledge to try and trace his pain, to figure it out. He got out of bed–an excrutiating act–to get in the bathtub. The movement of his body along the walk seemed to dull the pain. By the time he submerged in the water the relief was overwhelming.

Once Benjamin was at peace, I started singing Happy Birthday softly. He shook his head. He didn’t want to hear it, not yet. So I scratched his back instead and told him how impressed I am by the person he is, and how thankful I am to have spent the last nine years as his mama. I let the tears come. I was just so proud.

It was difficult to get Benjamin back into bed. He was thinking of all the things that were conspiring against his belly. He even said that he wasn’t sure he wanted to go home if it meant he had to swallow more pills. Once he got settled, he had a sweet surprise: the night shift nurses all came in to sing to him, wearing matching gowns and gloves. It was the second song of many on this birthday.

Benjamin didn’t feel any better when we woke up for the day at shift change. He vomited twice before I could even look at the lab numbers. I heard him say quietly that it was the worst birthday ever. In the moment, I found it hard to disagree.

We had one of our favorite nurses today. We came up with a plan to try and stay ahead of the nausea with scheduled Marinol, and to try to get Benji to take the Carafate he dislikes so much. She prepared his morning medicine and left it for me to give him when he could tolerate it.

The numbers today were about the same again. Benji’s blast percentage up a little but his total white cell count went down, so the number of leukemia cells remains status quo. Benji’s hemoglobin increased a bit and his platelet count dropped below threshold level. His first gift of the day was his 73rd transfusion.

The nutritionist joined the physician and nurse practitioner for morning rounds. I pointed him out to Benjamin. This guy is here because you’re not eating. They are talking about other ways to get you nutrition. None of them are pleasant. It was good motivation to take his Marinol and Carafate and try.

Michael and Banyan were able to spend the whole day with us today. Benji was so happy to see them. Banyan was so kind to his brother. Benjamin opened a few gifts, then we all snuggled up to watch a movie. He was content. The Marinol didn’t make him hungry but it brought him relief. He fell asleep before noon. He slept for over four hours.

This hospital truly is amazing, and it has a lot of benefactors. One of the most popular annual events here is a “Winter Wonderland.” Parents of children who are hospitalized during the holidays get to go “shopping” for their kids for free. Since Benjamin had fallen asleep and Michael and Banyan were here to sit with him, I walked down to check it out. It was kind of incredible. I was able to choose a really nice gift for each of the boys. I also walked out to Michael’s truck with a wagon and collected other gifts he’d brought from home.

On the way back upstairs, I passed so many people I knew in the halls, from every department of the hospital. They all wanted to know how Benji was doing. I started feeling much more overwhelmed than usual. When I walked back into our room with our wagon of toys and saw my boy, looking small and pale and weak, I crumbled a little. Michael saw me. He took Banyan out to lunch and insisted I take a nap.

My mother arrived while Benji slept, and Michael and Banyan returned. It was a quiet afternoon. Dr. Oshrine came by to wish Benji a happy birthday. I told him how debilitating Benji’s nausea had been, and that I wasn’t sure we’d be going home for Christmas after all if we couldn’t get this under control. He suggested a CT scan if Benji’s symptoms continue. He said he would have expected C. diff to resolve by now. He wore the same expression of genuine sympathy for Benjamin’s condition that I remember from his Methotrexate toxicity episode last year. We also went over the plans for next week. Benjamin’s bone marrow aspirate is on for Tuesday, and we will meet with Dr. Oshrine Wednesday afternoon to go over the results. Until then, we will try not to think too much.

Nurses were in and out of our room all day, waiting for Benji’s nap to be over so they could wish him happy birthday and bring him gifts. When he finally woke up, they filled our room. Benji’s spirits were lifted by a round of Pie Face with some of his favorite people. Everyone was grateful to see that smile.

Kathy and Gana walked in at the perfect time. Benji was happy and feeling energized.  He opened gifts and enjoyed everyone’s company. His tummy pain returned, however, and he vomited once this afternoon. He agreed to take his Marinol and Carafate right away.

After Benji said goodbye to his Mimi, Grammy and Noni, Michael and I focused our efforts on getting him to eat a little. To our surprise, he finally did: two bites each of chips and dip, yogurt, fresh pineapple, sourdough bread with pesto, samples of Christmas cookies, and one bite of a chocolate birthday cake that Child Life delivered. It was a joy and a great relief to see.

Benji continued to improve as the night went on. After Michael and Banyan left he asked for a bath. He walked there without wincing and got out of the tub without fear. He just looked stronger. And he most definitely felt happier.

My present to Benjamin was an invitation to his family and friends to record video birthday wishes for him. He had nearly 100 wishes to take in. We watched them together with our family while we celebrated, but tonight, after everyone left, when Benji felt stronger and I felt relieved, he asked to watch them again. He sat next to me and giggled and smiled and felt each one. It was the most rewarding gift I think I’ve ever given.

Benji’s strength gives me strength. On this night, nine years ago, surrounded by love and Christmas lights, Benji was born in our home. His broad shoulders made his moment of entry a little more intense than we’d expected. The possibility of a hospital transfer was in the back of my mind, but we wouldn’t need one. I looked at this boy I’d just had the honor to birth and I believed in him. As our sweet midwife gave oxygen to the brand new body still connected to my own, I leaned over him and whispered, “You’re not going anywhere. This is your home.” I find myself reliving that moment nearly every day.

Happy BIRTHday Benjamin. Thank you for the honor, son.