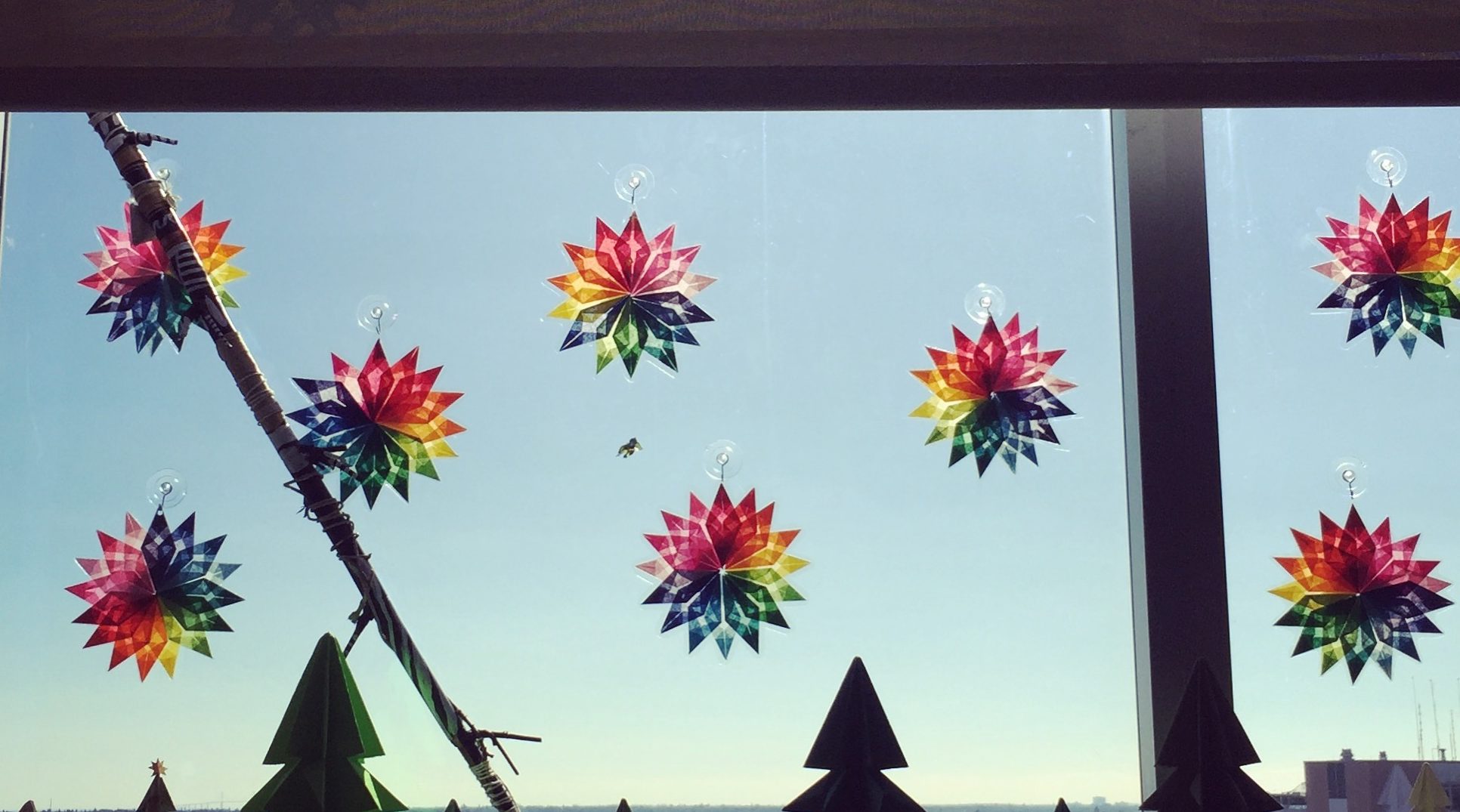 Benjamin’s fever took a while to come down last night. He was burning up. When it finally came down we were able to catch a few hours of sleep. His port culture remains negative. Everyone agreed that the fever was a result of the Inotuzumab. I heard that the other child who received a dose yesterday spiked a fever as well.

The morning lab numbers stayed almost exactly the same, despite yesterday’s medicine. Benjamin’s leukemia count inches down slowly day by day. For that, I am grateful. His platelet transfusion was almost entirely absorbed again, but he did not need another one today.

Benji vomited again this morning. We decided to put him on scheduled Marinol three times a day to try and alleviate his nausea and increase his appetite. His first dose of the day was a success. He was in a good mood, he ate half of a peanut butter and jelly sandwich and some potato chips, and then he fell asleep for a long winter’s nap–almost three hours. I imagined his body feeling exhausted from working so hard with with yesterday’s medicine. I found myself hoping for a huge decline in blasts tomorrow.

When Benji finally woke up, our nurse and nurse practitioner were in the room. They told me they wanted to start Benji on Vancomycin, another antiobiotic which protects against a different family of bacteria than the Cefepime. Our nurse practitioner was concerned at his unusual lethargy. I started to negotiate, not at all sure that I agreed with the suggestion. Benji had napped the day after his first dose as well, and we hardly slept last night, so to me the nap wasn’t unexpected. And his port culture was negative, so another antibiotic didn’t seem necessary to me. But our nurse practitioner felt certain. She said the hairs on the back of her neck were standing up, telling her to take action. I appreciated her honesty.

I asked if we could take another temperature before we made a final decision. Even though Benji hadn’t had a fever all day, the thermometer registered over 101. We’ll be on isolation for at least another day. I agreed to the Vancomycin but asked that it be administered at night. Benji has to be premedicated for Vancomycin with Benadryl. I didn’t want an afternoon dose to further throw off his sleep schedule. This was a compromise we could all accept.

Michael and Banyan stayed in Sarasota again tonight to finish Banyan’s school project. Michael sent me a photo of the finished result. They did a great job. The text had borders and there were little craft store embellishments–details I would have insisted on. We have missed them this week, but I’m so proud of how well they’re holding things down on the home front. Christmas break is right around the corner. No matter where we are, it will be so sweet to spend more time together.

Benjamin’s tummy started to hurt badly again this afternoon. His fever got uncomfortably high. We drew a bath and got him some Tylenol, which he struggled to keep down. His fever finally broke around dinner time, which is when his next dose of Marinol kicked in. The combination worked beautifully, but only for short window of time. Benjamin was feeling “high,” for lack of a better word, and actually said the words I’m hungry, which I haven’t heard in days. He ate a piece of bread with peanut butter and honey and a whole orange. He even asked for pizza, but by the time it arrived, he wasn’t interested. He was already feeling badly again and ready to sleep. Our night nurse hung Benji’s Benadryl and followed it with Vancomycin, which will drip over two hours. He is sleeping peacefully now, free from fever and with food in his belly.

I am trying not to think too much. In one week, Benjamin will have had his last dose of Inotuzumab for this cycle. A bone marrow aspirate will be scheduled and the results will mean more than I can comprehend right now. My escape from fear is the present moment. As difficult as some of the present moments are, I am thankful they exist, and I thankful I can dive into them fully.