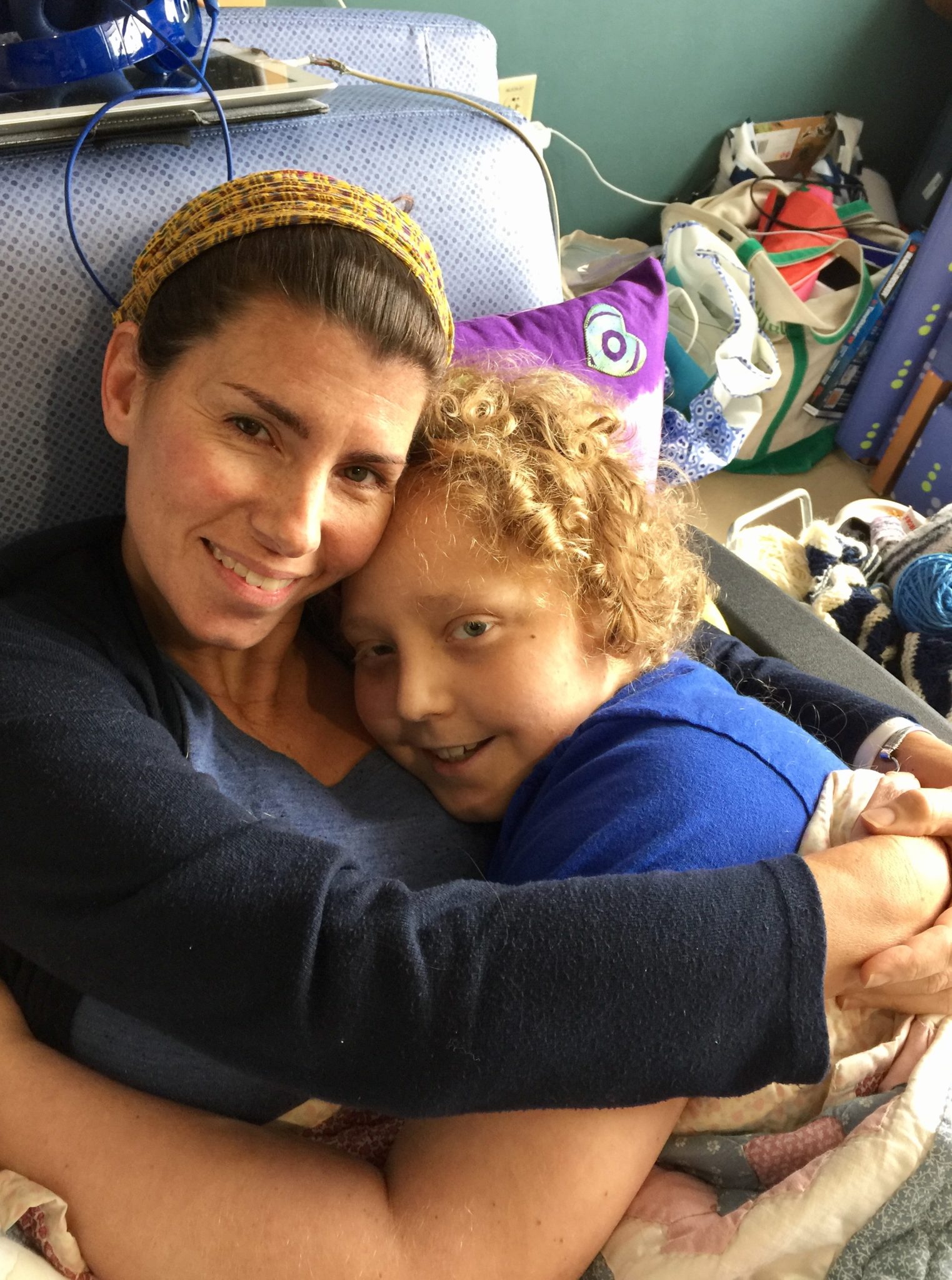 It was another night of little sleep. Benji and I stayed up late to watch the original Charlie and the Chocolate Factory (again), and then, for the second night in a row, he woke up with frequent coughing spells every hour. He would cough in pain and struggle to catch his breath. He drank water immediately each time, then blew his nose, and he was fine. True to form, once he woke up for the day, the issue subsided. It’s a nighttime thing and I am hoping that tonight will break the pattern.

When I heard our morning nurse come in for shift change, I was tempted to stay in bed. I was exhausted and I didn’t know if I wanted to see the numbers. But I’m glad I plodded over to the screen. Everything looked marginally better than yesterday. Benji’s white blood cell count and neutrophil count went up a little bit–his ANC is 30, which is the highest it’s been in several days. His blood transfusion yesterday held, and his hemoglobin level was at 7.7. His blast count went down to 39%. I know this can fluctuate greatly day to day, but it lightened my load considerably to see such a decrease.

Benji’s platelet transfusion did not hold, however. I asked our nurse to please check and see if Benji’s antibody testing had come back yet, to see if he has platelet refractoriness. She checked. It had come back days ago. It was negative.

The results elicited a mixed response from me. I’m relieved that Benji hasn’t developed any antibodies. It means transfusions will continue to be relatively easy, and we won’t have to screen donors for HLA typing (which would greatly reduce the available units). But it also means that there is another reason Benji’s platelets continue to disappear. The theory is still that his spleen isn’t functioning properly, but I’m not sure that’s entirely it. His marrow is crowded. I am still hopeful that as his counts recover, his marrow can find a way to produce its own platelets once again.

I was also a little frustrated that the results of the test had been in for several days, yet no one notified me. I had already been struggling this morning with concern that Benjamin’s tenuous situation hasn’t been given the proper urgency. We haven’t seen or spoken with Dr. Oshrine since Wednesday, despite his presence on the floor today, and none of the attending physicians have anything of circumstance to offer regarding Benji’s next steps. If I calm down and think clearly, I know that Dr. Oshrine probably knows nothing more than he did when we last spoke. He is waiting for a clear path to emerge just as we are, whether that is from CHOP, the NIH, or this experimental medicine Inotuzumab. He will bring us a plan when there is a plan. No action could be taken right now anyway, not until Benji’s counts recover. I just need to see some urgency. Even if it’s happening behind the scenes, I like to see the signs. And to be notified when test results come in.

Despite the lack of sleep, Benji felt great today. Michael’s cousin Melissa and her boyfriend came to visit us this morning, and Benji thoroughly enjoyed showing off his new balloon animal craftsmanship. Michael and Banyan spent another full day with us that included a ton of college football and Pokemon card trading. Banyan and I finished his Battle of Yorktown diorama. Benji’s hair came out in huge handfuls all day, which Michael helped him comb out and remove. There is hair everywhere, on all of our clothing and all of the furniture. Very large bald spots now interrupt Benji’s golden curls. Again, I couldn’t help being hopeful, and wondering, despite logic, if this had any correlation with this morning’s decrease in blasts.

Benji’s only real discomfort today came in the afternoon. He was sitting on the couch, and his back started hurting badly, to the point of tears. He pointed to his lower spine. I got him a heat pack. Then his belly started hurting at the same time, an unfair betrayal of his efforts to eat a full meal. When he got up to go lie in bed, he started to look quite pale. He didn’t sleep, but he watched a movie, and the rest did him well.

Benji took a couple of laps today with our nurse to find “Chester,” the nursing dummy, so he could practice accessing again. He did a great job. Time is taking on a very strange identity. It seems crazy that we’re already talking about getting reaccessed in just a couple of days. Weeks and seasons and holidays are flying by. Yet there are moments that seem suspended. I’m grateful that today, those moments included time with my husband and each of my children in my arms.