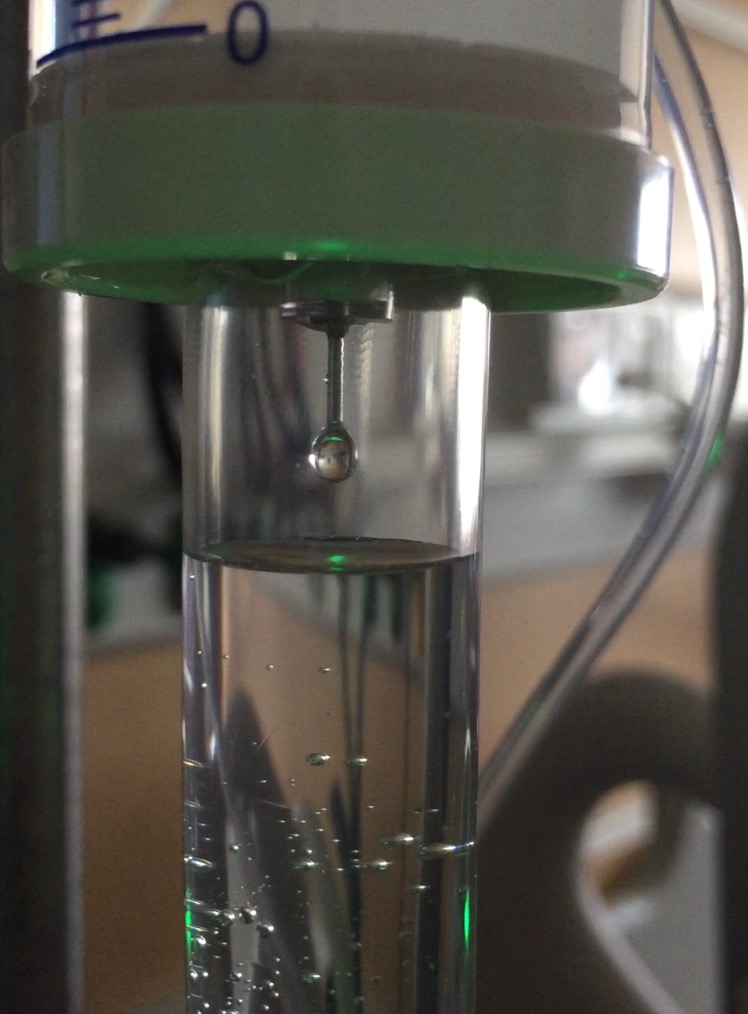 Benji’s Blinatumomab began its slow drip at 5:12 this morning. Twenty hours in, and so far, so good. It seems like such a mundane phrase for such a big day. Mundane is just fine with me.

Our sweet nurse woke me up, per request, before she hung the medicine. I put my hand on Benji’s body and tried to imagine his immune system being engaged perfectly by the Blinatumomab. Working from the inside out, rather than the outside in. Self-clean mode. I watched him sleep, unfazed, for the first twenty minutes or so. His nurse sat with me. We whispered a little, but mainly, she just sat with me. She was watching him, but she was also holding space for me, and I appreciated it.

I was able to get back to sleep, confident that Benjamin wouldn’t react to the medicine quickly. I woke up again at shift change two hours later. Benji’s color looked off and his pupils were dilated, but he’d just had a huge dose of steroids a few hours prior. I’d seen that face before.

A new physician is on rounds this week. He and the nurse practitioner came in and examined Benji, including neurological checks. Everything was going perfectly smoothly. We discussed the possibility of a different kind of peripheral line that would prevent frequent IV accesses. The new doctor said that the team decided it wouldn’t be necessary, because Benji wouldn’t need the peripheral line the entire time.

I understood the doctor’s logic, but it’s not what we’ve been told by others. It was yet another example of the lack of consistency we’ve noticed in the management of this therapy. It is so new. There simply haven’t been enough patients to establish these kinds of best practices. Some doctors feel that there isn’t time interrupt the Blinatumomab to apply numbing cream every week for port reaccessing, and some do. Some nurses feel the medicine should continue to be hung on night shift, some prefer day. While inconsistency can feel frustrating at times, I really appreciate the strong opinions on both sides. It means that people are thinking progressively about how best to handle this. One thing everyone can agree on: this is the best path for Benji’s healing.

Sarah came for a visit from Gainesville today. Benji was starting to get a little tired when she arrived. She brought lunch, which he picked at, like he’d done with his breakfast. He decided to skip the science project this week and go for a nap instead. She kept watch while I hopped in the shower.

Toward the end of Benji’s nap, I noticed him clenching his teeth. His whole body looked tense. I called our nurse. He didn’t do it while she was there, of course, but I asked her to check his pulse. It was higher than his resting rate, but not dangerously so.

When Benji woke up, he sounded a little manic. He repeatedly said a word I couldn’t understand. Once he shook the sleep off, he was much more clear, but his pace was still quickened. The nurses did a full neuro check. Benji passed each test beautifully. He settled down as the afternoon went on. We all leaned toward attributing the behavior to the heavy steroid dose rather than the Blinatumomab.

Our nurse was very patient with me today as I told her about every little ache and pain and tingle, not knowing what might be a precursor of a serious side effect. All of Benji’s nurses were awesome. Three of them came by just to hang out with him, and a whole pack of them surprised Benji at his door, with puppy masks on and bags of candy in hand, bringing him some of the “Reverse Trick-or-Treat” action he’d missed here on Halloween. They make things as pleasant and fun as they can possibly be on 7 South.

Dr. Oshrine came by to check on Benji in the afternoon. So far, so good were his words too. He seemed almost uncharacteristically casual, which was oddly refreshing. We discussed the titration of Benji’s Blinatumomab, which will increase threefold after the first week. It’s a big jump all at once. We will be vigilant.

Michael arrived while Dr. Oshrine was with us. We talked about the transition between immunotherapy and bone marrow transplant. I remembered to ask how Benji’s resistance to chemotherapy affects Dr. Oshrine’s plans for the transplant, and he said it doesn’t. At that point, radiation will be the method of choice to finally suppress Benjamin’s marrow and prepare him to receive his new cells. We talked again about the merits of an unrelated and possibly international bone marrow donor versus using a haploidentical parent. We talked again about the timing of Benji’s upcoming colonoscopy. Dr. Oshrine knows that his explanations, however redundant, are reassuring to us. Once we were satisfied, he showed us pictures of his girls on Halloween, and left.

Sarah went back to Gainesville and Michael snuggled up with his boy. Benji started to feel worse as the sun set outside our window. He was achy and tired. His face was extremely flushed from the steroids. His tummy hurt. He couldn’t get comfortable. As much as I hate to see him that way, I was kind of relieved. Dr. Oshrine said that a lack of symptoms of cytokine release didn’t correlate with Blinatumomab efficacy, but a little visual peace of mind without major toxicity would be ideal.

I was happy to see last night’s nurse return at shift change tonight. Almost as soon as she arrived, Benji asked for a bath. She unhooked his peripheral line but we had to keep his Blinatumomab running, so we brought his IV pole into the bathroom and carefully protected his lines. He felt much better in the tub, as always.

Michael helped Benji get dressed and back into bed, then kissed us goodbye. Just a few minutes after he left, a routine vitals check revealed a fever that met the parameters for a blood culture to rule out infection. This involves taking blood from the port as well as from a new peripheral vein. While our nurse was preparing her supplies, an alarm went off I’d never heard before down the hall. Our nurse looked at her phone, whispered oh my God, and ran out of the room. I watched through the blinds as every other nurse on the floor followed suit. I sent big love and prayers after them.

By the time our nurse returned, Benji felt just fine to me. I asked for a recheck. His fever was normal. We surmised it was the heat of the bath and the flush of the steroids that made his temperature rise. Dr. Grana, on call, had been notified of the fever, and wasn’t too concerned; she did however speculate that it could be disease progression as easily as a cytokine release. The second normal temperature told me that this was probably not the case. And Benji was able to avoid an additional peripheral poke, to his great relief.

Finally finished with all that was asked of him today, Benjamin fell deeply asleep. He didn’t eat dinner. His temperature fluctuated but hasn’t reached any clinical parameters again. His pulse remains high but safe. He drenched his sheets with sweat, a side effect of steroids combined with his fever breaking. But he is sleeping peacefully.

The events of the day, while keeping me hypervigilant, came with an exhale. Benji is tolerating this medicine so far and it has shown signs of efficacy. While he slept, I watched the most epic game seven I can remember, and am going to bed feeling much calmer and more confident than yesterday.