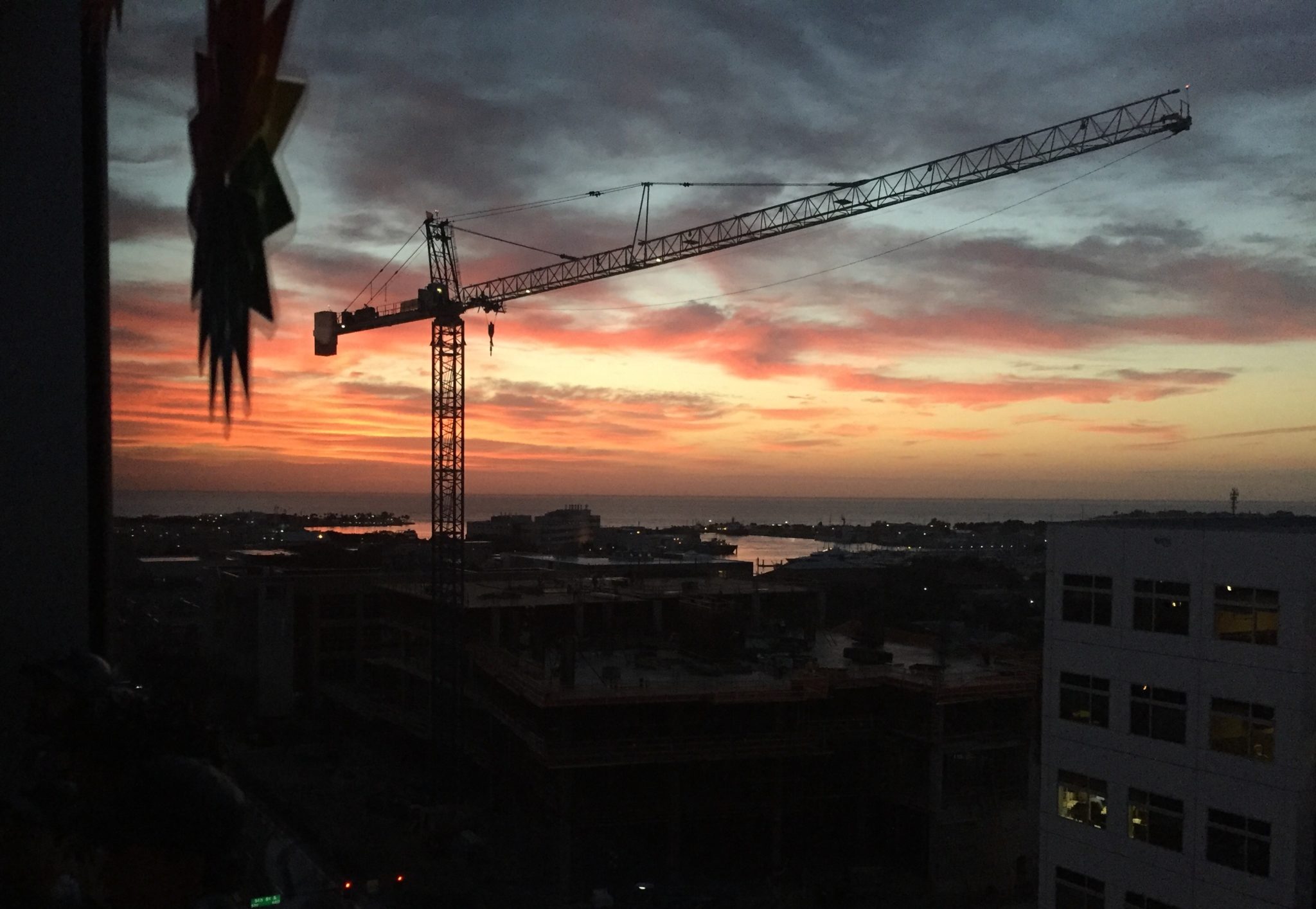 Benji and I woke up at shift change, but he went back to sleep almost immediately. I stayed up for the gorgeous sunrise. When he woke for the day a couple of hours later, his fever had returned. There was no mistaking this one. 39.4C, or nearly 103F.

The protocol cascade was initiated. Benji’s day began with yet another poke to collect peripheral blood from a clean vein. That compared with a vial taken from his port last night would rule out either a blood or central line infection. A tube of antibiotics was hung immediately in case either of these came back positive. He was given Tylenol for his fever and Kytril for tummy pain. He felt awful. So bad that he asked me to ask Michael to come as early as he could.

With the Tylenol, Benji’s fever came down quickly. He started to feel much better. By lunch time he was hungry again. He wanted a smoothie. A sweet local friend delivered his request immediately and without hesitation. He didn’t finish it, but enjoyed plenty. I was grateful to witness the cool nourishment.

Benji’s energy was still low, so we had a restful afternoon. We still haven’t resumed any schoolwork since his discharge. I’m not pushing it at all. I know Benji will put the time in when he’s up to it. If he were home with a fever, he wouldn’t be doing multiplication problems either.

Michael was able to come over the Skyway early. Benji was so happy to see his daddy. I made some business calls and tried to rest a little myself. We were visited by Child Life, who brought Benji a video game system to borrow and play, and planned their next cooking adventure with our boy. We also saw the music therapist. Usually Benji plays guitar with her. But with a peripheral line in one arm and a sore poked spot in the other, it wasn’t happening. She sweetly played a song for him instead.

Kathy and Gana brought Banyan up to us with some Chinese food per Benji’s request. His appetite was gone again by the time they arrived. His discomfort had returned. He complained of tummy pain. His fever returned, climbing back to 39.4C. He was given another dose of Tylenol. He took his bath before everyone left for a little relief. It worked quickly again and he was able to eat a little dinner. He said goodbye to our family then snuggled up into bed and quickly fell asleep.

After Benji fell asleep, his nurses came in to collect more blood from his port. We put on masks and hats and put them on him as well. He didn’t wake up for that, and barely stirred for an invasive neurological check an hour later.

We heard the phrase “disease process” again today as a potential secondary explanation for fever, but I don’t believe it. Fever is the number one inflammatory response associated with the medicine’s cytokine release. I believe Benji’s body is working hard with this medicine to heal.