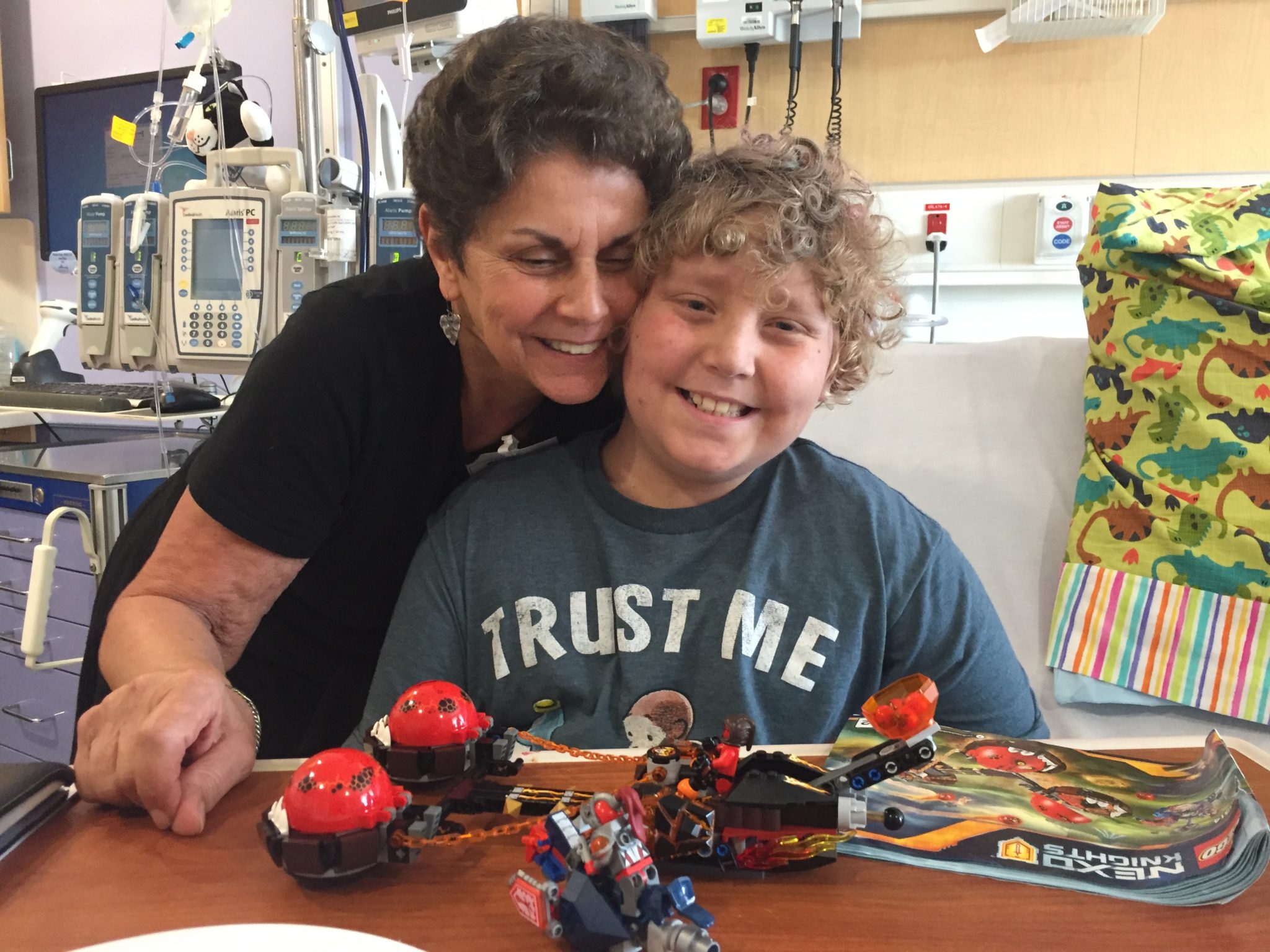 This Sunday began quietly. Benji slept in a little, and I enjoyed my morning coffee over some research. My moms’ group came through for me on the platelet desensitization question. It is, indeed, a thing, and it’s called “platelet refractoriness.” Later in the day, Michael spoke to Dr. Grana about it. Platelet refractoriness becomes more of an issue during bone marrow transplant, when he’ll need a lot more transfusions than he’s getting now (which seems unimaginable to me). It happens when the body builds up antibodies to certain platelet donors. The new platelets essentially become disabled from being properly absorbed and utilized. When this happens, a recipient has to be matched with his or her donors.

Benjamin is certainly not experiencing platelet refractoriness now, and it’s a problem I hope we won’t have. His platelets got a nice boost with yesterday’s transfusion, up to 33,000. His hemoglobin is steady and his absolute neutrophil count (ANC) crept up slightly to 70. We’re heading in the right direction.

Our nurses worked with us to allow Benjamin as much unhooked time as possible today. He was deaccessed at 10:30 and was free from his IV pole for more than eight hours. Michael and Banyan arrived with Sunday donuts for the nurses (and maybe a few for us). Mimi walked in just a few minutes later with a basket of thoughtfulness for all of us.

We had a sweet day. Michael and Benji built new Lego creations, Banyan watched football, and Mimi and I stepped out into the October air to grab lunch for everyone. It felt so nice to drive for a few minutes with the windows down. We came back to the hospital and encouraged Benjamin to take advantage of his freedom with some walking, which he did, albeit with some resistance. His body is sore, but I know he feels stronger when he takes those laps.

After Mimi said goodbye, Benjamin got into the bathtub. He knew it was the last thing he would do before the hour preceding his reaccessing. His nervousness was right on queue. He said he felt nauseous, and he was sensitive and emotional as I was washing his hair. He didn’t see it coming out in clumps in my hands.

I asked the nurses to call in some oral Kytril for Benji’s nerves, and they put the numbing cream and dressing on his chest. Michael tried to distract him with more Lego building. The hour passed quickly. Soon the nurse he’d requested to do the job walked in the door with all of her supplies.

Benjamin was so nervous. He asked Banyan to wait outside the room. I know it hurt Banyan’s feelings, but he dutifully went without complaint, trying to make his little brother comfortable. The nurse got ready to clean Benji’s chest. We all put on our hairnets and masks. Benji started procrastinating a little but maintained a good spirit, though his hands were sweating profusely. As we got closer to the moment of accessing, Benji grew scared. He was breathing rapidly and had a really hard time achieving his mind control.  But he got there. So brave. The nurse counted to three, and the needle pierced his skin.

There was no blood return. I don’t think I was breathing. The nurse was kind and gentle and trying hard to adjust the needle to achieve results, but it just wouldn’t work. She flushed over and over–nothing. Benjamin was getting more and more anxious. It wasn’t working. Finally, she had to remove the needle and call another nurse in to try again.

I felt badly for the nurse, who is one of our favorites, but I felt much worse for our brave boy. He worked through so much to find the strength today, and the access failed. It seemed so unfair. I wanted to scream.

The second nurse came in and felt Benjamin’s port, gently and with patience for his process. After feeling its location she passed the job on to another nurse on the floor, one with many years of experience. I was grateful for the second nurse’s honesty. The third nurse came in and tried to work with Benjamin’s sense of humor to make him feel at ease. He asked her questions about how she would go about accessing him differently–when she would put on gloves, whether she would put the Bio-patch on with the needle or afterward (or not at all), how long and what gauge needle she’d use–I get so proud when he speaks up for himself in such an empowered way.

It was, understandably, even harder for Benjamin to find his peace the second time around. The experience of the nurse helped tremendously. She put a pillow behind his left shoulder to push the port toward the front of Benjamin’s chest. Michael and I held him as he tried to breathe deeply, crying into his mask. The nurse held his port in place through his skin and Benji found a reserve of bravery somewhere way down deep. He gave a moment of consent, and she took it. For what seemed like forever, it didn’t look like there would be blood return. The flush was slow to get started and all we could see were clear bubbles in his line. Benji’s eyes were wide. Then the beautiful rush of bright red came, and the whole room exhaled. I felt like collapsing from holding the energy of it all. I can’t imagine how Benjamin felt.

From beginning to end, the reaccessing took a full hour. Michael went out to retrieve Banyan as Benjamin was getting his port redressed. Banyan made me so proud. He kept his feelings to himself and entered the room with calm encouragement and praise. It was seriously an award winning big brother move. Benjamin’s emotions were still tenuous from the experience and the three of us surrounded him with love, and kisses, and tears.

Later, Benji was talking to our night nurse, who is finishing her training. He asked her if she’d accessed any ports yet, and she said she had, twice. He asked how she’d learned. She mentioned a dummy the nurses use for practice. I told Benji we should ask the nurses during the day if maybe he could have a turn practicing on that dummy. It might give him a piece of perspective that would help him work through his anxiety, communicate his needs, and understand the procedure from a nursing standpoint. He seemed to like that idea.

We’ve spent four weeks up here on the seventh floor. Today I packed a few bags for Michael to take home, and I will do so each time I see him this week. I’m starting to see a discharge on our horizon. Benjamin will have a lumbar puncture on Wednesday, and if his counts are trending upward, he’ll have a bone marrow aspirate as well. We can go home when his numbers are stable. I am hopeful this will be sometime before the weekend. I have no way to predict that, of course, but I’m hopeful. I’m dreaming of home, and fresh air, and a few days of peace for my boy.