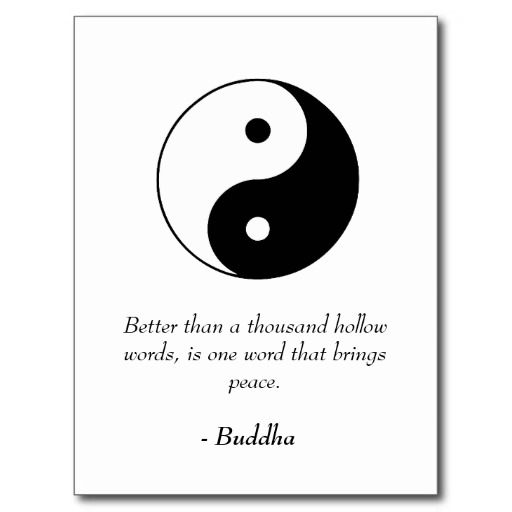 It was an absolutely gorgeous Saturday morning for youth athletics. Benjamin’s baseball season officially gets underway next Saturday, but the team had a scrimmage today. Michael and I divided and conquered; he took Benji to baseball while I took Banyan to his flag football game. Banyan was on fire. He scored touchdowns, forced interceptions, pulled flags right and left. More importantly, he was the first to encourage and build up his teammates. He was a sportsman and the spirit of the team today. It was such a treat to watch.

We came back together after the games were over and shared lunch, then Banyan spent the afternoon with friends, Benji played with our neighbors in the gorgeous weather, and I went to a conference called “Cancer Healing and Prevention the Natural Way.” The speaker was Dr. Aihan Kuhn, doctor of holistic medicine and master of tai chi and qi gong.

The conference began with all attendees standing and following Dr. Kuhn as she led us in a few minutes of qi gong. I thoroughly enjoyed it and could absolutely, palpably feel the energy–or qi (pronounced “chee”)–I’d created between my hands. This alone was worth the price of admission. Once we’d created this qi, she invited us to place our hands over the area of our body that we felt needed the most healing. I instinctively placed my hands on my lower back. This is where I often feel discomfort, and where my energy practitioner suggested I may be manifesting a root chakra misalignment.

We all took our seats, and Dr. Kuhn began speaking. Maybe it was the qi gong warm-up, or maybe it was my hunger for new techniques to support Benjamin’s treatment, but I was glued to her every word. During the beginning of the conference I found myself nodding a lot, feeling validated. She talked about the value of supportive care, exercise, nutrition, mental practice, releasing fear. She said that undergoing conventional (chemotherapy) treatment without supportive care is like running a business with a sales team but no customer service. She talked about the power of words. She said that we frequently use the words “fight” or “battle” to describe someone’s cancer experience. She suggested replacing the word “fight” with the word “heal” to change the energy we create around cancer. It is a minor shift, but I believe it works. Words have the power to change energy from fear-based to love-based. Fighting also implies that there will be a winner and a loser, infusing a potential losing outcome into our psyches whenever we use the word. Healing holds only positive energy.

Dr. Kuhn talked about removing blockages in our body, in our qi. She proposed that many cancers (especially tumor based cancers) are a result of stagnation in the body. She also said that we hold our fear in our lower backs. Go figure. She very briefly touched on the value of herbal supplements–though she didn’t name any–and nutrition as part of supportive care. I wish she’d spent more time on this. I liked the advice she gave about spicing up our foods with turmeric, cinnamon, ginger and garlic. Making everything delicious and purposeful. She recommended a partially vegetarian, high fiber diet.

Then, the conference took a different turn for me. Dr. Kuhn started talking about the causes of cancer. She talked about depression, and stress, and worry, and fear, and anxiety, and genetics, and toxins, and negative thinking, and lack of equilibrium in the body. I started feeling a little bubble of discomfort in my belly. Benjamin had none of those things working against him. Dr. Kuhn said that even though cancer runs in her family, she knows she will not get it, because she is perfectly in balance. The bubble in my belly grew a little more uncomfortable. The audience (which only consisted of about twenty people) grew more vocal, each throwing in their two cents. I calmed myself. It was clear that every other person in the room was there to learn about prevention of cancer as an aging adult. She was speaking to her audience and they were responding. I decided to contact Dr. Kuhn privately after the conference and ask her more about her qi gong practice as a healing modality for Benjamin. I jotted notes to myself so I wouldn’t forget to ask her which herbal supplements she was referring to as well.

At the end of the session, she asked if anyone had any questions. A man raised his hand. Earlier, Dr. Kuhn had casually mentioned that holistic approaches to cancer treatment were less widely studied that conventional modalities. This is clearly true, as any simple Google search will reveal. But the hand raiser (I can think of many other things I’d rather call him) vehemently argued that this was not the case. He said quite loudly that studies on chelation therapy and turmeric and broccoli extract (yes, broccoli extract) have been widely conducted and peer reviewed, and they prove that these cures are chemotherapeutic, yet we are brainwashed into believing that conventional medicines are more widely studied and therefore superior. He went on to completely denigrate people who choose chemotherapy, quoting Zig Ziglar in saying that “some people are so narrow-minded they can look through a keyhole with both eyes at the same time.”

This is when the bubble in my belly boiled into a spiraling eddy of anger. I am usually quite good at letting the judgments of others pass through me without effect. But my heart was pounding. I was THIS CLOSE to asking the man if he had children. If, God forbid, one of them was diagnosed, would you really reach for the broccoli extract? And how dare you judge me? Instead, I gathered my things, and walked out the door.

I called my friend and midwife after I left. She’s the one who shared the information about the conference with me, and I wanted to debrief. I also wanted to be sure she knew how grateful I was for the experience. It not only led me to a practitioner I believe will be helpful for me in a different environment, but it caused me to examine my own anger at the prospect of being judged. It was very helpful to talk it out and hear her thoughts. We discussed many parallels between the scenario I’d just left and the birth world that occupied so much of my life before leukemia. In both settings, there will always be myopic extremists who speak from a heroic place, rather than a healing place. What I choose to focus on is what Dr. Kuhn emphasized above all other things: the triangle of healing. The first point is BELIEF. I believe in the path we chose, so wholeheartedly that I didn’t question it, not once, and neither did Michael. The second point is ACTION. We made a choice and acted immediately. Part of that action is conventional chemotherapy. Equally important are the supportive measures we take at home. The third point of the triangle is RESULTS. Benjamin is thriving. We give thanks every single day.

Tonight, I fed our family a meal that included dark, leafy greens, ginger, garlic, and healthy fats from avocado. I gave thanks for these healers. Tonight, after Benji fell asleep on his daddy’s chest, I woke him up to give him eight pills: one and a half pneumococcal antibiotic, two and a half chemotherapeutic mercaptopurine, and three prednisone. I gave thanks for these healers too. I don’t doubt our decision for one second. We continue to believe, we continue to act, we continue to see results. We heal. We do not fight. I’m so glad I decided to walk out that door.