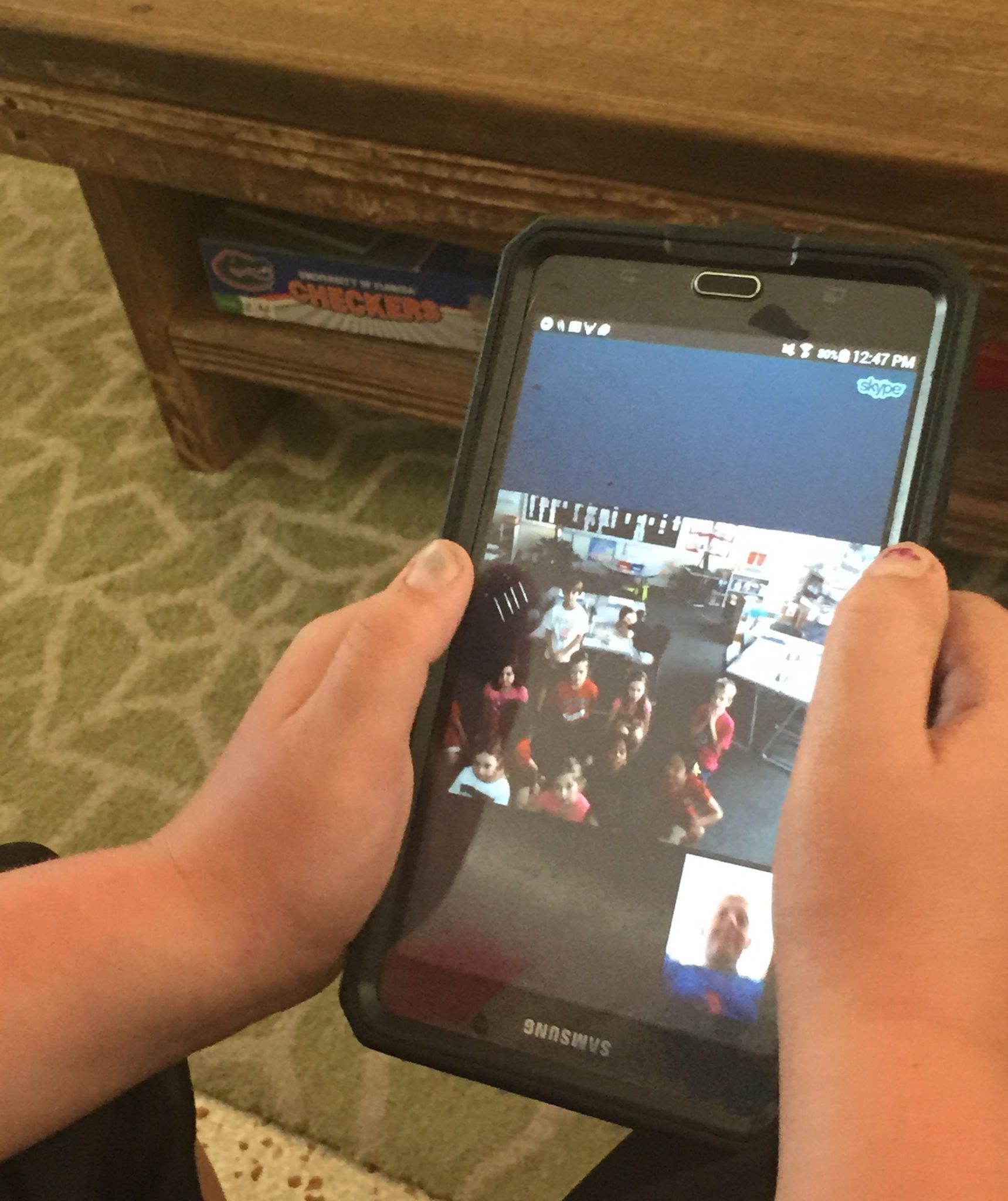 Sometimes I think this kid is superhuman.

In the morning, Benjamin scrambled some eggs, then did five math assignments and aced the test that followed. I had a work meeting by phone–my first since Benji’s diagnosis–and he allowed me to talk for nearly an hour by chasing insects and building bike ramps outside.  He made his own lunch and we had a picnic in the front yard, where he spotted a redbellied woodpecker in our loquat tree. Later, we rode our bikes to the park. He made his own trails, riding through the trees and the grass, chasing flocks of ibis. I couldn’t keep up with him. In the afternoon, when we went to pick up Banyan from his friend’s house a few blocks away, Benji insisted on riding his bike. I followed him. In my car.

Is it the nearly two weeks “off” from chemotherapy that is making him feel so strong? Or is it just him, my Benji, returning to full capacity? I don’t know. I know that next week, we begin treatment again, with 31 doses of chemotherapy scheduled over a period of four weeks. Right now, he is full of power, vigor, youth, independence, and spark. Right now, I watch him with total awe and admiration. I hope I always have. I know I always will.

When we came inside from lunch to prepare for our bike ride, I noticed Benji’s tablet flashing–Mrs. West’s first grade class was trying to Skype him through the HopeCam connection! We sat down and enjoyed a long conversation with some very excited six and seven year old children. We talked about Benji’s treatments, how his homeschooling is going, what we did on our staycation, and which of his classmates have gotten to delve into the class treasure box recently. He presented his Flat Stanley, who’s come home to us all the way from Bali. The school principal even came in to join the party! Benji was so happy to see everyone, and they were THRILLED to see him. It made him feel so good. I could see the interaction infusing energy into his body. He was so happy, for the rest of the afternoon.

Benjamin desperately wants to go back to school. He is an independent creature, yet fiercely social. Independent: he takes great pride in solving problems by himself and in overcoming obstacles. I have no doubt this is serving his highest good at this time. Social: he had a friend over this afternoon, and they could hardly speak for laughing so hard together. Going to school, even for a few hours, would make him feel confident, joyful, and normal. So for the last two days, the discussion in our house has been, why not?

We’re strongly considering it. On Monday, his absolute neutrophil count (ANC), the measure of his immune system’s strength, will be the highest it’s been in a month, and the highest it’ll be for at least another month. He feels fantastic. He wants to go back so badly. This may be his only tiny window. His team of oncologists unilaterally recommend it.

The only thing holding us back is our own paranoia. This is just something we will have to overcome. He will go back to school, whether it’s just for a half day on Monday, or in late April, or for the start of second grade in the fall. Time will tell. There will be germs. There will be bacteria. But there will also be Benjamin, who will have a life to navigate around these threats, and whose feelings, sense of belonging, and autonomy we must respect.

It’s interesting that this school discussion and connection happened on the same day I held my first work meeting since Benji’s diagnosis. It’s the first day of spring, a day of renewal, of new beginnings. Perhaps we are all craving a little moment of the life we used to lead–the life we know we will lead again one day soon. We know we can’t dive back in fully just yet. But a toe in the water every now and then feels mighty refreshing.