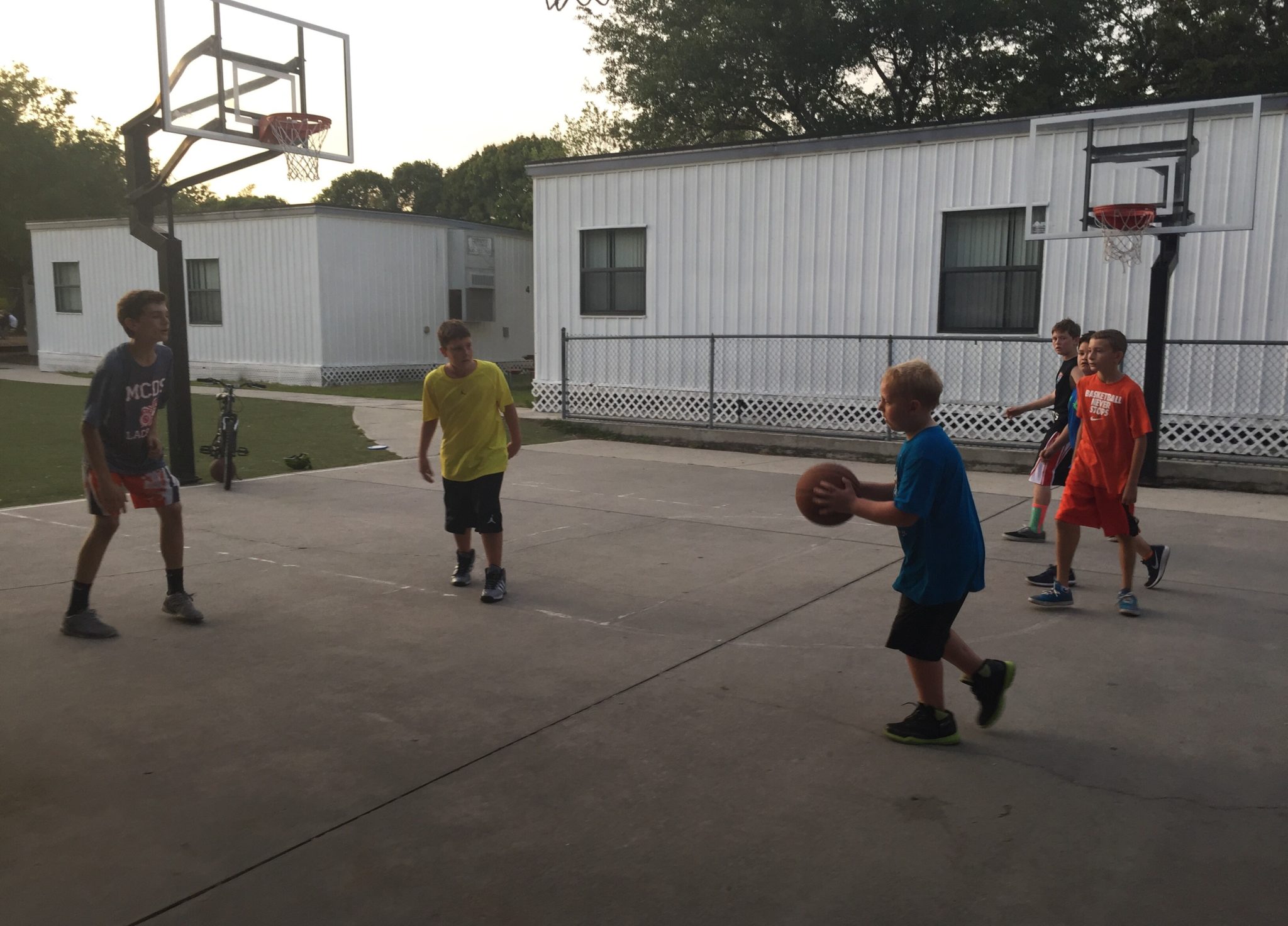 These are such good days.

We parked downtown and walked to the French bakery before Banyan’s basketball tryouts this morning. Benji wanted to play so badly. He was a ball of energy in the noisy gymnasium.

Afterward, we went to lunch, then down to Venice to visit Great Grandma Ruth and Great Grandpa Al. We helped them come outside and sit on a bench to watch the boys play. It was another gorgeous spring afternoon. They know that Benji has been in the hospital, but they’ve been spared many details. Today, they just smiled as they watched two healthy great grandsons play football, then sent them home with two dollars each in their pockets.

We brought a friend of Banyan’s home for a sleepover. All three boys wanted to go to Southside, their school, and play ball until sunset. It didn’t occur to me until we entered the gate that Benji hadn’t played there yet this year. I was glad for the timing, with Monday’s probable return to school on the horizon. When we walked onto the campus today, he said, “it’s good to be home.”

There were a couple of middle school boys there playing basketball when we arrived, and another friend of Banyan’s came to play as well. Two middle schoolers, three fifth graders, and Benjamin. He played everything they played. He scored touchdowns. He made baskets. He was amazing. And when the bigger kids tried to give him easy opportunities, he refused. “No. Let’s play for real.” So they did, until the minute the sun went down.