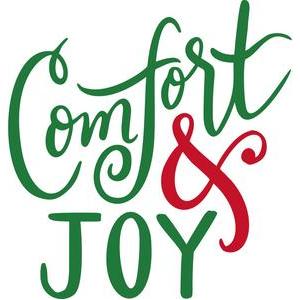 It appears as though yesterday’s platelet count was a fluke. Today, the number was back down to 2,000. All day yesterday I tried to shush the voice in my head that told me this was probably the case–how could Benjamin’s platelets be 19,000 when he scratches and petichiae immediately follow?–but I wanted to believe it so badly, and it was right there on the screen. Sometimes labs make errors. Today’s numbers were much more in line with his recent trends.

As always, there are positives to focus our energy on. Benji’s leukemia blast percentage and absolute leukemia count continue to decline. I won’t concern myself that it isn’t happening fast enough; at least it’s happening. Today’s blast percentage was 62%. And the incision site where his apheresis catheter was removed is healing perfectly.

Benjamin’s spleen continues to cause him great pain, intermittently. Last night’s relative comfort continued until about 4:30 am, then he woke up and asked for morphine. He slept a few hours more. When he woke for the day he seemed just generally unwell. He was very pale, nauseous, sweaty and hurting. Baths and snuggles were the only things he wanted to make him feel better, and I was happy to oblige on both counts. He was afraid to take any more medicine, intravenously or orally, because he felt so nauseous. He wanted no part of the Sunday donuts Michael brought. He had zero appetite. Dr. Grana is on rounds this weekend, and she said she felt like Benji’s spleen was a little bit smaller than yesterday. I hope she’s right.

Between baths, during periods of stillness in bed, Benjamin had stretches of time where he felt happy and comfortable. There was a little bit of playtime. But mostly, it was a restful, healing, quiet kind of day. We had Christmas music playing all day long. I told Benji our mantra today was “comfort and joy.” Whatever brought us those two things was what we would do.

Banyan didn’t come with Michael today. He had a birthday party to go to at a skating rink. He FaceTimed me during the party while he was on roller skates, and it absolutely made my day to see him laughing so much. Kathy and Gana were at a local craft bazaar I love to attend each year, and they were sending me pictures all day of my friends who were there also. And a little girl who shares Benjamin’s diagnosis brough us a glass balloon animal ornament, after he’d made her balloon animals while she was admitted here a couple of weeks ago. Such thoughtfulness from so many directions pouring into this room.

Walking to and from the bath, while it brought comfort, exacerbated Benji’s pain. The second trip exhausted him so much that he slept for more than four hours this afternoon. Tonight, he felt a little better; he ate half a bagel, but he still felt nauseous. He finally agreed to Marinol, and it helped. We just finished a late night movie.

It was a restful day, but it was not without worry. I walked the halls while Michael was still here and saw a little boy I’ve seen up here many times. He looked pale and small. Then I returned to our room and saw Benji, pale and small. I see the way he looks at himself in the mirror when he takes his bath and it blows me away. He notices everything, but he does not indulge in self-pity; he just observes with fascination. His body is working so damn hard. I tell him so, all the time. He’s doing everything right. I hope today’s rest served him well. I know he needed it. Tomorrow is a new day.