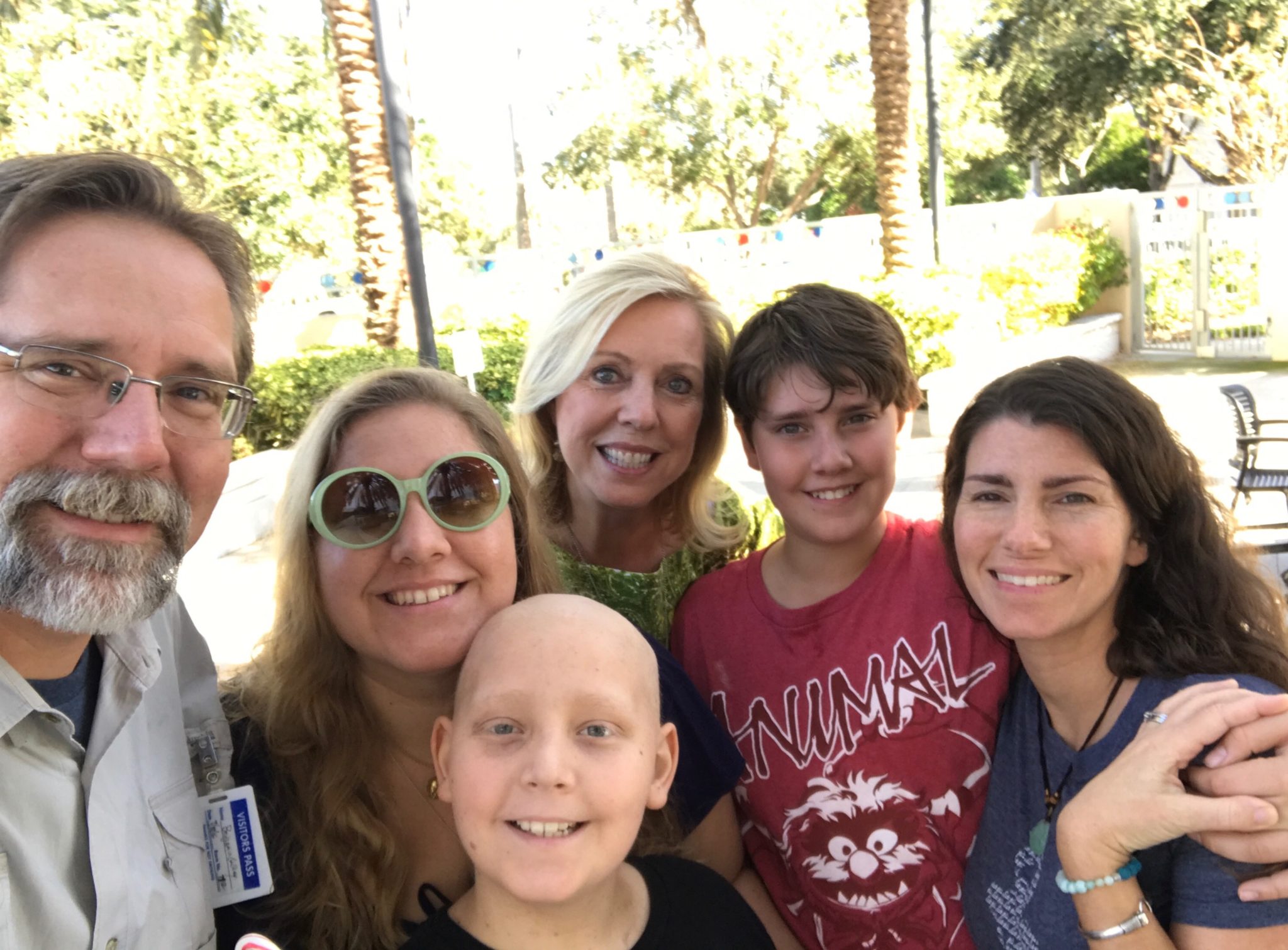 “The waiting is the hardest part” is a phrase I’ve used in this space before, a phrase parents on the 7th floor utter frequently. It’s true, there is fear in the waiting, but this time I find myself scared to leave the relative comfort of its suspension. I’m as scared to board this train tomorrow as I am grateful that it exists. In the waiting, there is always a point of focus, a plan ahead, a destination. Tomorrow, we move forward, carrying suitcases full of trust, and try to leave the fear behind.

Benjamin woke up in the middle of the night to take a hot bath for the first time in many days. His spleen was hurting again. I sat with him, holding his tubes up out of the water, both of us half asleep. We are so close to Monday’s procedure and Wednesday’s new medicine. I wondered if his body would continue to cooperate so beautifully.

Benji’s white cell count rose significantly since yesterday. His blast percentage is the highest it’s ever been, 87.8%. Look at the boy in front of you. His hemoglobin was right at 7, so we decided to transfuse packed red blood cells today; surgery likes the level to be above 8. His platelets were at 5,000 this morning. On those, we held off.  His platelets disappear so quickly. He’ll be getting platelets all day tomorrow. Today, we can save him the extra transfusion.

After Benji’s spleen kept him awake last night, he slept in until after 10am. I was relieved when he woke up feeling spunky. Michael and Banyan were well on their way with the Sunday donuts. Kathy and Gana were close behind them with a huge brunch and sweet gifts. Benji’s appetite was small, and his spleen continued to bother him, but he was happy and enjoyed everyone’s company.

Our sweet nurse waited until late afternoon to give Benji his red blood cell transfusion so that he could remain unhooked as long as possible today. We all went outside again to enjoy the sunshine. Michael and the boys were stopped by a team of fully costumed Star Wars characters getting out of the elevator–storm troopers, Chewbacca, the whole gang. People are constantly trying to make our kids smile.

I was so happy that Banyan was able to come today. Yesterday’s rest did him well. While we were downstairs, he found a tiny ladybug. He made a wish. It’s the same one I would have made. The boy has such a sweet light in his heart.

Kathy and Gana took Banyan to sleep over at a friend’s house, and we went back upstairs so that Benji could rest and take a bath before his red blood transfusion. When we got back up to the floor, we were stopped by the nurse practitioner. She told us she’d been communicating with the surgery team. They felt it would be safer to put Benjamin’s apheresis catheter into the femoral vein in his groin, rather than into his neck. A few minutes later a physician’s assistant from surgery came in to see us. He explained that Benjamin would be at a higher risk of developing a hematoma at the site of the catheter because of his low platelets. If the catheter was placed in his neck, a hematoma could obstruct his airway. The groin, while a little less convenient, will be a lot safer. It made perfect sense to us.

Benjamin asked the physician’s assistant great questions. We are concerned about bleeding, but Benji is concerned about what it will feel like when the catheter is removed, when he can take a bath again, and how he might proceed with urination. The PA showed Benji exactly where the line will be placed, and how long it will be. He said there was no surgical preference between the right or left side. We requested the right. After the catheter is removed, several minutes of intense pressure will be required to stop the bleeding. We would rather avoid that pressure happening anywhere near Benji’s spleen.

Sarah and Lotus came for a quick visit as Benji finished the last of his double red blood cell transfusion. We called it an early night. Benji took one last bath before his procedure prevents them for a few days. His spleen was really hurting again as he was getting into the bathtub. He said, “I wish I could squeeze it and all the bad stuff would go flying into the air.” Me too. Still, all day, he was active and laughing and his spirits were strong. He climbed into bed with his daddy and his heat packs by his side.

At 4am, Benjamin will get his first platelet transfusion of the day. He’ll have a platelet level drawn immediately following. At 6am, we’ll have our surgery consult, and we will head downstairs an hour or so later. Benji will have twelve units of platelets waiting for him in pre-op. Those will run through Benji’s port, then they’ll insert a peripheral IV into his arm for his propofol. During the procedure he’ll have a catheter inserted into his femoral vein, and his port will be reaccessed. When he wakes up, we will come back to our room, where the apheresis machine and blood team will be waiting for him. He will lie still in bed for several hours, long enough for the entire volume of his blood to circulate through the machine, be sorted into cell type, and returned into his body, minus the cells we need to harvest. Then the quantity of T-cells will be measured and we will know whether we need to leave the catheter in and collect again on Tuesday, or whether we remove it. When the harvest is over, the cells will be frozen in nitrogen vapor and stored at Moffitt Cancer Center. If we enroll Benjamin on the clinical trial at CHOP, his cells will be ready to ship to Philadelphia at a moment’s notice. The experimental drug Inotuzumab is still on the schedule to begin Wednesday morning.

Benjamin has quite a week ahead of him. I am scared and I am grateful and I am trying not to think too much. We are moving forward. We are surrounded by love. Benjamin is empowered with strength and bravery. I look at the boy in front of me with hope in my heart, and I believe what I am feeling.