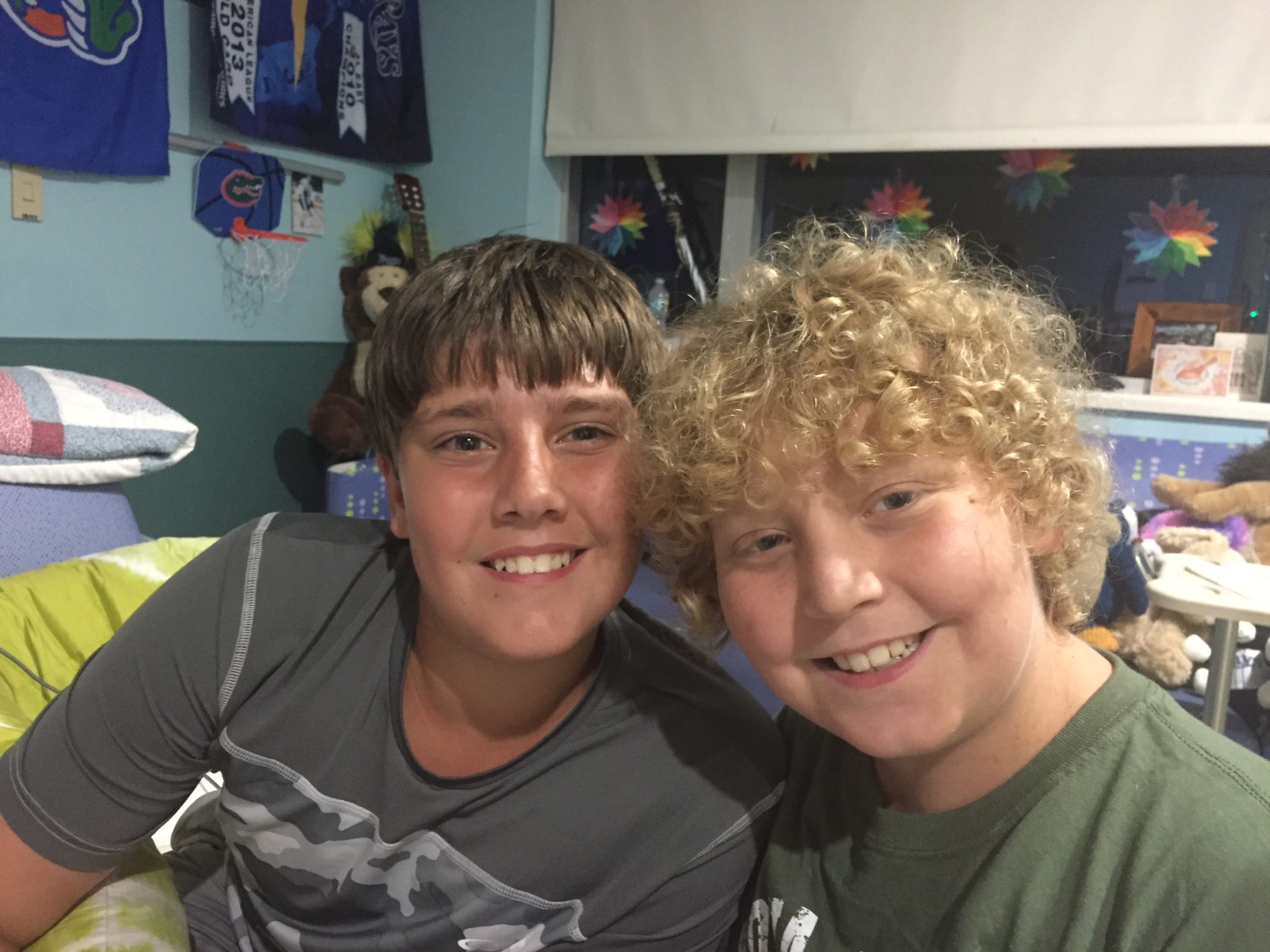 Benji slept soundly. When he woke up, he complained pretty seriously of stomach pain. He stood up to go to the bathroom and blood filled the tubing coming from his port. If it had been the first time I’d seen this, I may have freaked out. But I’m learning. The Blinatumomab is running at such a slow rate that the pressure change from standing was greater than the pressure of what was coming from the IV pole. Blood was being drawn out, rather than medicine being pumped in.

Our nurse quickly changed Benji’s tubing and added a saline carrier to his Blinatumomab to help push it through. She also offered him Benadryl for the tummy pain. He hates Benadryl. I thought for sure he’d refuse, but he accepted immediately, and went back to sleep.

During rounds we discussed the tummy pain, and the new attending doctor added a check for liver and pancreas enzymes to Benji’s labwork. One of the tests couldn’t be completed on the vial they’d collected during his routine 5am draw, so our nurse had to come draw a little more. Benji was still sleeping. I was on the phone with Kathy when I glanced over and saw clear liquid in the line with only bubbly spots of blood. The nurse tried again to draw back, with no success. I hung up the phone and helped reposition Benji’s body several times–nothing. Finally he had had enough and lay back down to sleep, and the blood pulled back perfectly. It’s become one of my favorite sights to see, strangely.

Benjis liver and pancreas numbers look just fine. All of his labs came back looking good today. His platelets went up a tad, his white blood count and absolute neutrophils went down, and his blasts decreased very slightly. All slow and steady positive signs.

The Benadryl finally wore off around noon. Benji was absolutely drenched in sweat, but he woke up feeling–and acting–much more like himself. He was having fun with the nurses immediately. And, to my great satisfaction, he wanted to get out of bed.

Benji was in isolation today (protocol for 24 hours after fever) but he moved around the room all afternoon. His tummy still hurt intermittently. After many conversations and examinations with doctors and nurses, we hypothesized the discomfort was a byproduct of the Blinatumomab. He was hungry, but nothing sounded good. He sent me to the cafeteria twice as well as the food truck parked outside, while watching me with the binoculars and keeping me on the phone. Nothing. A sweet mom down the hall had brought pizzas to celebrate her daughter’s birthday, and offered him a slice. That didn’t do it either. He finally picked at a sandwich, kind of, and had a bite of soup.

The rest of the day saw continued improvement. Benji spicy, active, happy, and feeling strong. We worked on creative projects and played good music in the room. Things felt easy. No one said the words “disease process.” Dr. Oshrine stopped by and both he and the attending doctor suspected Blinatumomab as the culprit for yesterday’s fevers.

Michael and Banyan brought us dinner (which Benji ate) and we spent our Friday night together. The boys had fun playing video games. They were so sweet. Michael helped me bathe Benji and wash his hair, which was quite a feat; his thinning curls were tangled, and his central line had to remain hooked up. We used quite a bit of Press ‘n Seal and about seven towels, but we got the job done.

We have received so much kindness in so many forms this week. In the hard moments and in the easier ones, love fills this room, always.