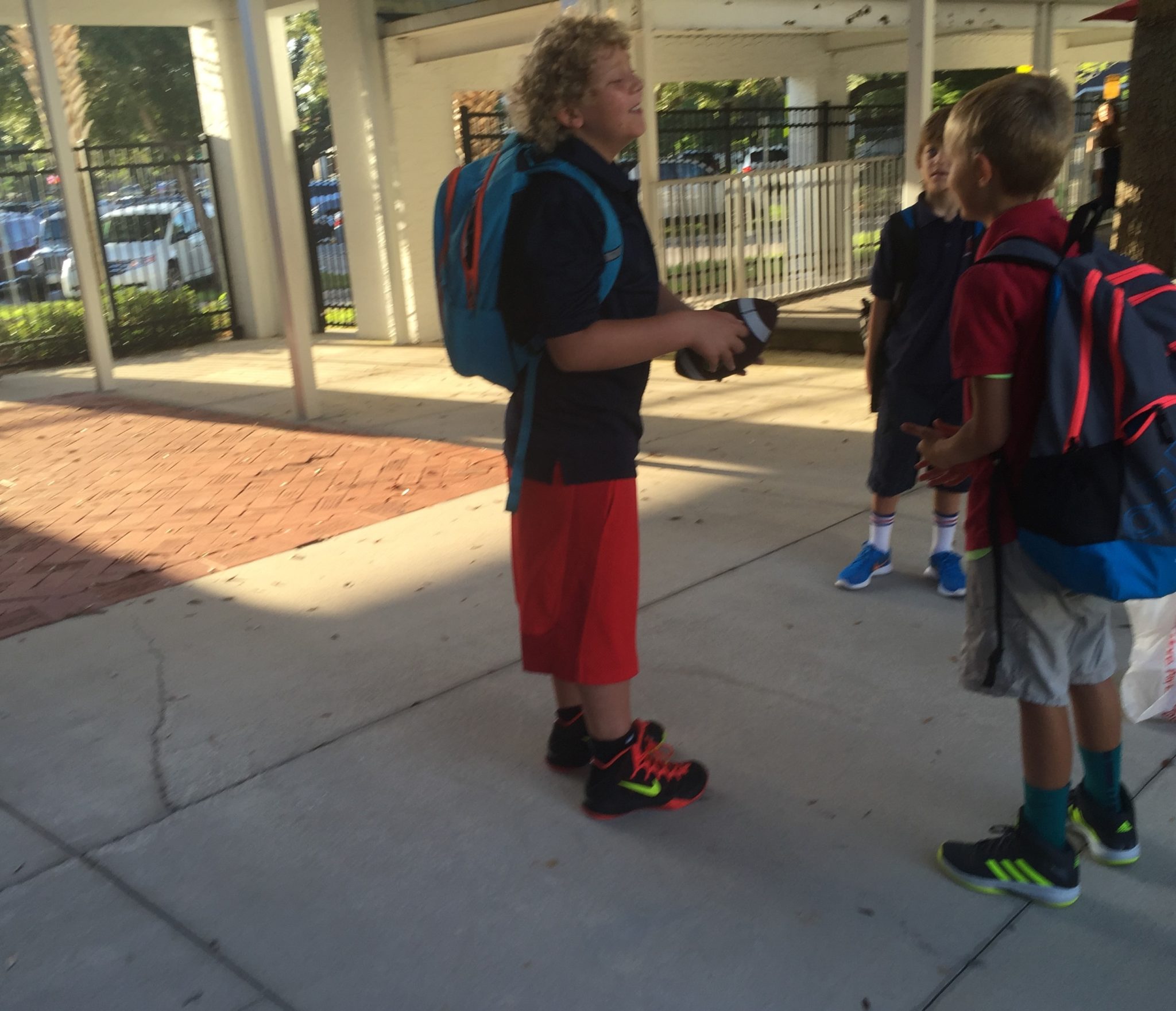 These are interesting days. After Benjamin woke up he clutched his tummy and asked for Kytril. By the time we got to school, he was totally fine and eager to play with his friends. I gave his teacher a heads up just in case, followed up with an apology for giving her so much information during these first few school days. She is so reassuring. “Don’t worry. I’m part of the team now.”

My mental health continued to improve this morning. I have built a valiant defense against the fears, and it kept them at bay for most of the day. I worked at the office from drop off to pick up, busy and pleasantly distracted.

Banyan rode the bus home this afternoon so that I could take Benjamin to his first guitar lesson of the fall. We made a stop along the way to mail some rainbow stars. In the car, I noticed a couple of small bruises I didn’t remember from yesterday.  His big bruise is still super dark. We did the petichiae test: I asked Benji to scratch the inside of his elbow to see if petichiae appeared. Sure enough, the little red spots popped up almost instantly.

My heart jumped into my throat but my defenses stood strong. I called the clinic right away and was connected with a nurse we know well. I gave her the run down. She asked if Benji was feeling fine otherwise. I said that he was, then I said quietly, “But he was feeling fine when he was diagnosed, too.” She put me on hold for a long time while she consulted with the oncologists. She came back to tell me that they felt we could wait until Benji’s regularly scheduled clinic appointment on Tuesday before checking his counts. I asked her which doctor she spoke to. Wishnew. I haven’t seen her in almost a year, and I have no idea if she’s up to speed on recent events surrounding my boy.

Logic tells me Benji’s platelet counts were solid at last check, albeit declined from the month before. Logic tells me that his cuts and scrapes the other day stopped bleeding within a perfectly normal span of time. Logic tells me he takes chemo every single night at 150% strength, and it is probably finally catching up with him and dropping his counts. Fear tries to come in and whisper relapse. But I’m not listening. I looked at Benji’s inner eyelids and lips, which were beautifully pink. He is not pale. We will keep a close eye on him tomorrow and over the weekend. We will listen to our instincts, and if they tell us to bring him over the bridge before Tuesday, that’s what we will do.

For the first time all week, Michael is not working late tonight. We are all snuggling in on this rainy night, to enjoy the peace that is found in the presence of each other.