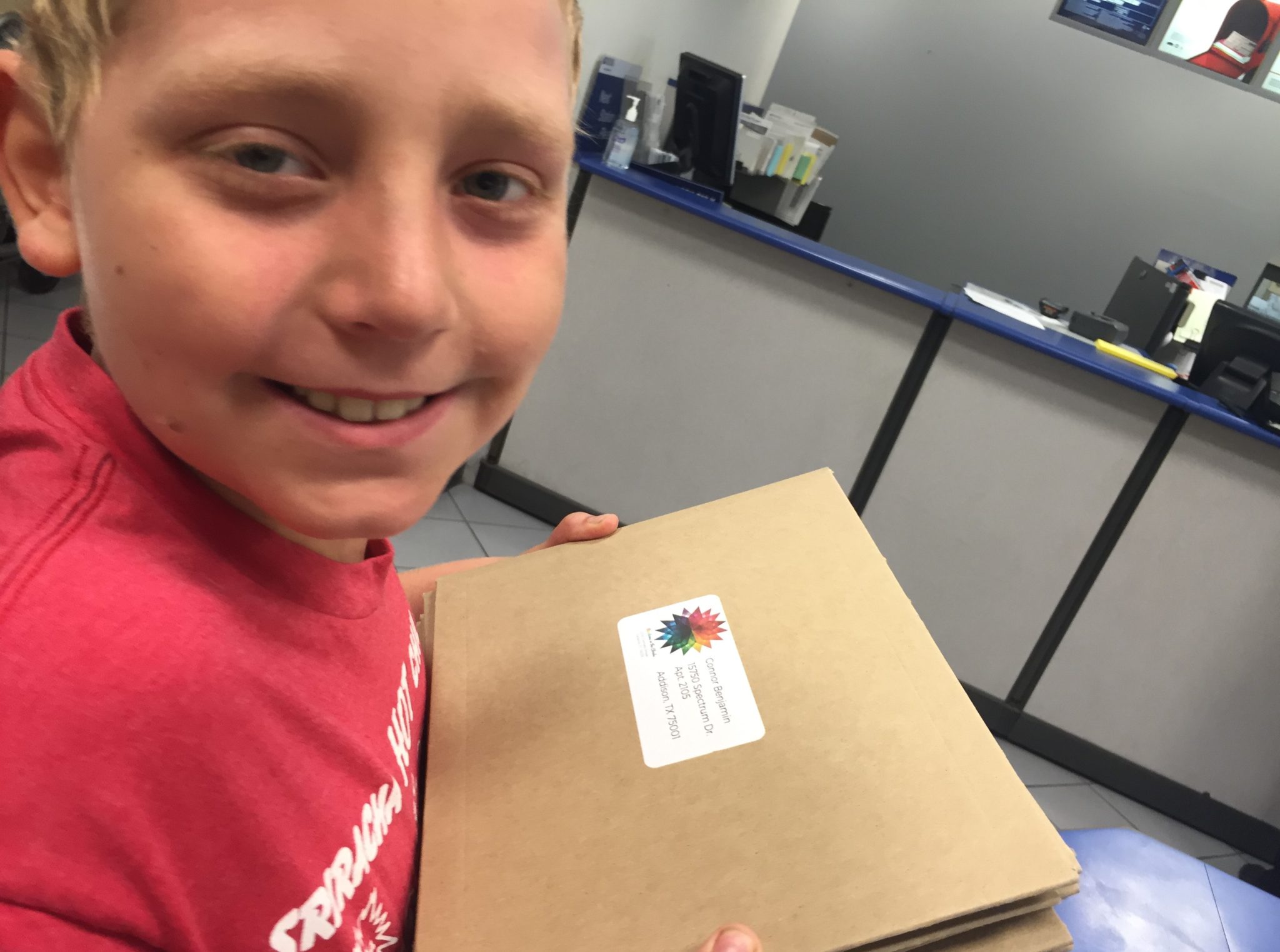 Benjamin didn’t go to school today. I honestly should have expected this, and just scheduled the day off. He crawled into our bed last night and there he wanted to stay this morning. He still complained of simply not feeling well, with no real specificity. Of course. This happened after his last lumbar puncture too, and I’m sure it will happen after his next one. I only had one in-person appointment to cancel; my other meetings today were by phone. So we took Banyan to school and came home to rest and recuperate.

I actually got quite a bit of work done today. I also got quite a bit of worrying done, but not about Benjamin. This middle school transition for Banyan has been really difficult. We are determined to work through it. I am pulling out all the stops. I’ve spoken to Michael at length. I’ve spoken to several teachers, and have conferences lined up for the rest of the week. I’ve spoken to other parents, those with children at the same school and at others. I even sought the counsel of Banyan’s fifth grade teacher, a woman I adore (I wish she would just follow Banyan around and teach him every year until he graduates). She inspired him. This year, he seems so uninspired. And while I’m reassured that sixth grade is a universally painful stepping stone, I still can’t help wonder if the events of the last 412 days are playing a role here.

In the grand scheme of things, I know this will just be a blip on the radar. Banyan is so bright, and so kind, and he has a giant-sized heart. He finds joy in so many situations. He will be fine. He is just going through a tough time right now, and we are here to help him make it to the other side. I have spent so much time advocating for Benjamin’s needs and researching what will best support his body; now, I need to shift gears a little. Banyan needs our help. But we know he can do this.

My brilliant husband broke it down for me in a language I understand: birth. Our boy is in labor, working hard to give birth to the man that will emerge on the other side of these short years. I, Michael said, must be the midwife at Banyan’s side. There will be times when it feels like too much, when he feels like he can’t do it. But I will remind him, you are doing it. As I have said to Benjamin a hundred times, you are stronger than the pain.

Benjamin felt better as the day went on, and was able to get some schoolwork done. He showed the same dark red triangles under his eyes that he exhibited after last month’s Vincristine and lumbar puncture. It’s hard to name the culprit. He also began feeling the effects of this month’s steroid pulse super quickly. He was ravenous at dinner tonight, to the point of tears. And he has been quick to anger. But we know how to get through these moments. We can do it.

Just before we went to pick up Banyan, Benjamin and I went to the post office to deliver our first shipment of Rainbow Stars out into the world (beyond All Children’s). We sent twenty in all; four to Canada, two each to Tennessee, Texas, and Virginia, and stars to California, Florida, Georgia, Illinois, Indiana, Missouri, Nebraska, New Jersey, New York, and North Carolina.

Benjamin needed a little help getting into bed tonight. He has a loft bed, and the stairs felt like too much for him. He used the word weak. I wonder if he is feeling leg pain from the steroids. He is taking calcium and vitamin D and magnesium. I will be sure to increase his potassium tomorrow. Tonight, per his request, we had homemade clam chowder with sourdough croutons. Both boys are tucked in now and happily reading. We will all get through these struggles, together.