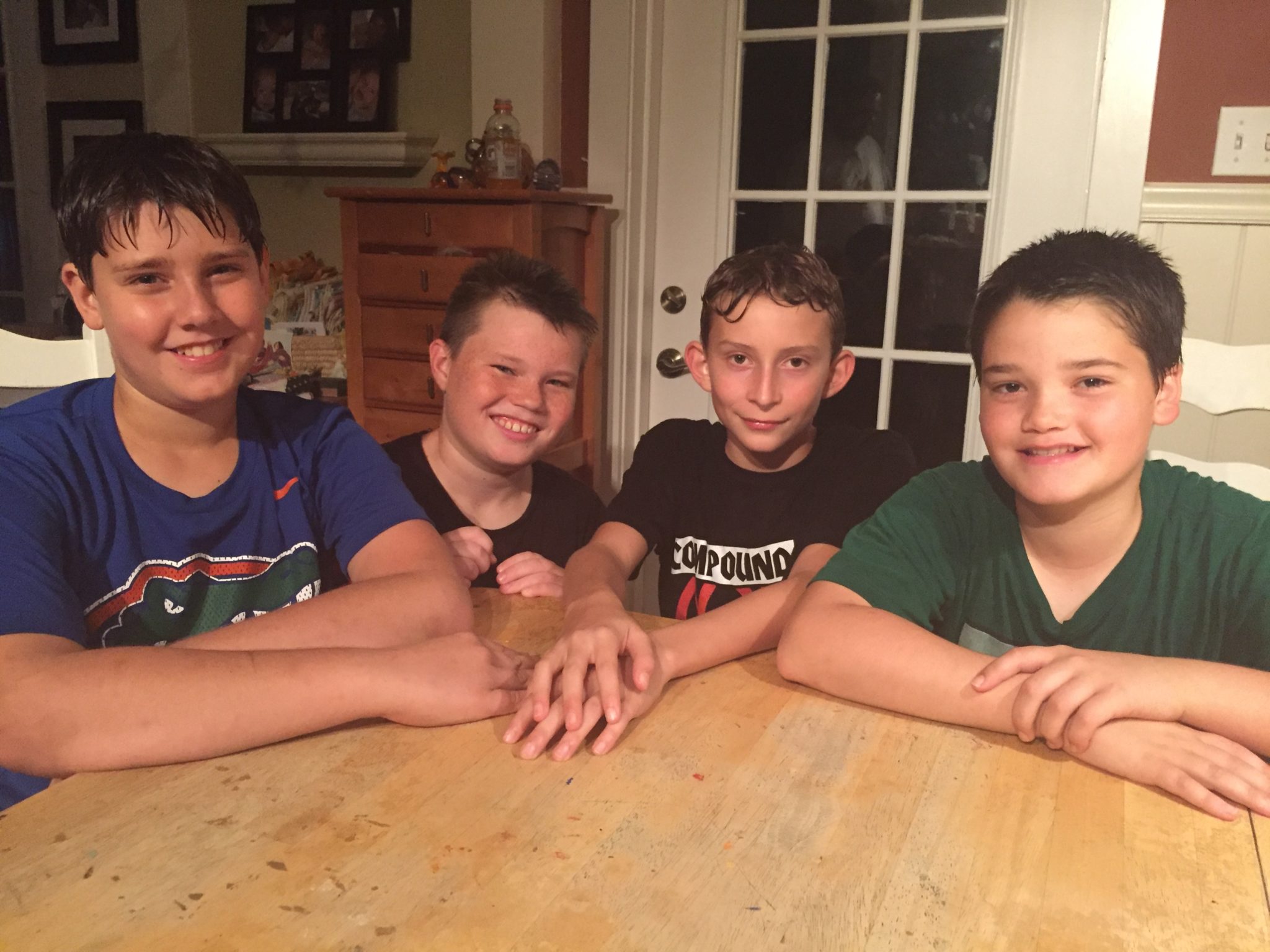 Today felt like a typical Monday. (Except it was Wednesday.) The house is in order, no one is sick, the kids both went to school, and Michael and I went to work–he at the office, and I at home. I was more productive today than I have been in many days. And I’m whooped. But pleasantly so.

This morning, as Benjamin was making himself an omelette (as he does many mornings now), our February calendar came up in conversation. I’m not sure how it happened, but I was excited to tell Benjamin that after February’s lumbar puncture, he would no longer have the procedures in back to back months, but only at the beginning of each maintenance cycle (every 84 days). He didn’t share my excitement. Instead, he started to cry, and lashed out at me, “I KNOW mom! Don’t remind me! Every time I hear ‘LP’ it makes my body feel bad!” His reaction was so visceral. Of course. Why would he ever want to be reminded of the next lumbar puncture, regardless of its proximity to the one after that? I felt awful, but it was a good reminder to live in the moment. Benjamin certainly does. He doesn’t see the treatment calendar as a whole, like I do. He doesn’t see these little milestones and have mini-celebrations. The time span is too vast. He just knows he has to feel that milky white medicine coursing through his body again, removing his control. He knows he will wake up each time and feel disoriented. He knows he might vomit, or get a headache, or feel dizzy. He knows he will not be able to play that day, or maybe the next day. His tummy will hurt. He will miss school. Why the hell would he want to think about that? He just wanted a damn omelette.

Benjamin is also still feeling the effects of this most recent steroid pulse, which exacerbates his moods, and his hunger. We are thirteen months into this now and it still seems to surprise me that the steroids can cause even more of a reaction after their administration than during it. The human body and the way it processes its many influences are mindblowing. I found it fascinating that Benjamin asked for dried apricots as a snack today. I buy them only during steroid pulses, because while high in fructose, they have a higher percentage of potassium than most foods, and potassium can help neutralize the effects of the Prednisone. He hasn’t asked for them before today, yet they’ve been in the pantry since last week.

I was pleased as punch to welcome three of Banyan’s friends home from middle school with him this afternoon. It was a cramped car ride home (and a bit of a stinky one, truth be told) but I reveled in it. Banyan isn’t always as vocal as I need him to be when he is starved for friend time, outside of the pressures of school. Today’s “play date” (I’m not supposed to call it that anymore) was derived from a late night conversation he and I had last week, during which I read between the lines. I was happy to have a noisy houseful today. Benjamin was too, and Banyan and his friends included him in every game. These are boys I’ve known for years and they are good boys. We need more afternoons like this one.

Maybe the fact that it felt like a typical day explains why my emotions took my completely off guard tonight. After the dinner dishes were cleared and Banyan’s friends were safely deposited in their houses, I became sensitive and emotional. I held my boys close and cried. Sometimes the sheer weight of my love for them confuses me. I forget to absorb the joy of their being because, if I’m honest, I’m growing fearful of the eventuality of their leaving our nest. This is ridiculous, I know, but I also know that it is a struggle nearly every mother feels, unless she is far more well-adjusted than I am. I will take it. It is reaffirming to feel such painful love. And I’ll take a cue from Benjamin, and try harder tomorrow to live in the moment. Make the omelette. And enjoy it.