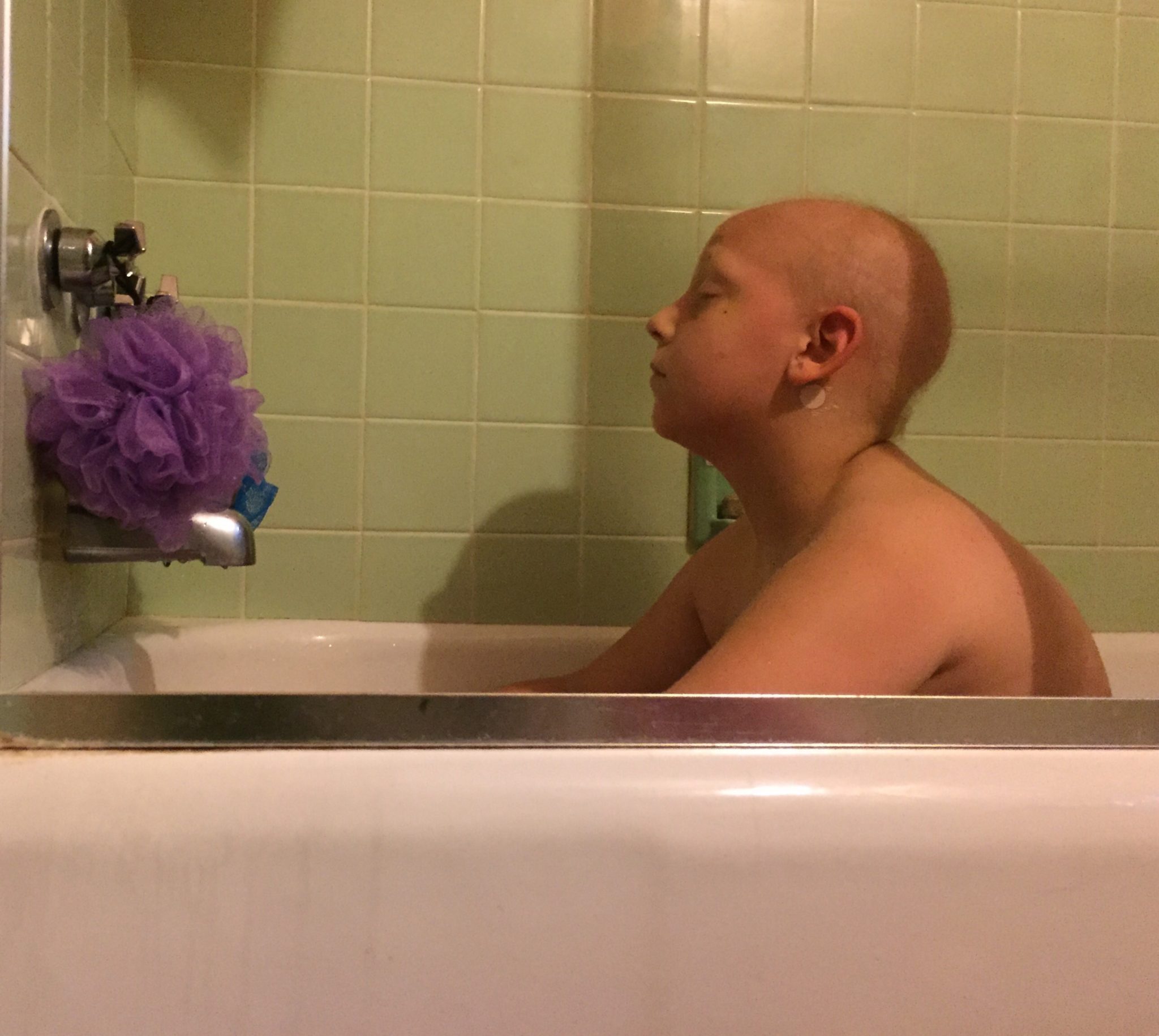 Benji woke up again in the middle of the night. He was in and out of the bathtub, his tummy hurting badly, with desperation and exhaustion in his eyes. Finally he agreed to pain medication. We both settled into sleep sometime between 3:30 and 4am.

I dreamed about Hudson. I was babysitting for him and his big brother Grayson. I was supposed to let him sleep peacefully, but then I would wind up outside the house, and see him and his brother climb out of the window and start walking mischievously down the path in the dark, in their pajamas. Hudson kept falling down. Every time he’d get back up again and laugh.

Benji woke up for the day just a few hours after he’d fallen asleep. He was back in the bathtub immediately, still in severe pain. I texted his teacher and his baseball coach and told them not to expect him. Michael left super early this morning for a trade show in Orlando, so we took Banyan to school. Benji rested in the car. We came straight home and stayed between the bed and the bathtub all day long.

Benji’s pain ebbed and flowed but never dissipated. Throughout the day we built up to his “power three” arsenal of antiemetics. I also gave him Zantac when he said his tummy burned. He vomited a few times throughout the day. I was on a mild fever watch midday, but only one temperature registered 99.6–nothing higher. After he agreed to Marinol at 3:45pm, he finally took a nap. We both slept for half an hour or so, until his pain woke him up again.

Benji was happy to see Banyan when a friend dropped him off this afternoon after school. Banyan was super sweet to his brother. For a moment, when the neighbors were shooting hoops in the front yard, Benji thought he felt well enough to play; but it was short lived. He came back in almost as soon as he’d walked outside.

After Michael got home from Orlando, Benjamin vomited again. But when he was finished, he immediately asked for yogurt. I was thrilled. He hadn’t tolerated the thought of food in well over 24 hours, and I was desperate to get some probiotics in his body. I feel certain the antibiotics he’s almost finished with are at least partially responsible for this pain. He needs healthy gut flora restored, badly.

It was such a relief to watch Benji eat the cool, soothing yogurt. He took it to his comfort place, the bathtub, where he’s been all day. We have already mixed up three batches of detox bath salts. He is sleeping now, and I am deeply hoping he stays that way. His body needs a break.

I can’t help but appreciate that these days have soundly reinforced my decision to wait with the news of Hudson’s passing. Benji is dealing with quite enough right now. He has my deep respect and I have told him so repeatedly. He is focused and listens to his body. He calms himself down with breathing and warm water. We will get through this. You’re stronger than the pain.

He has awakened again. The bathtub is filling.