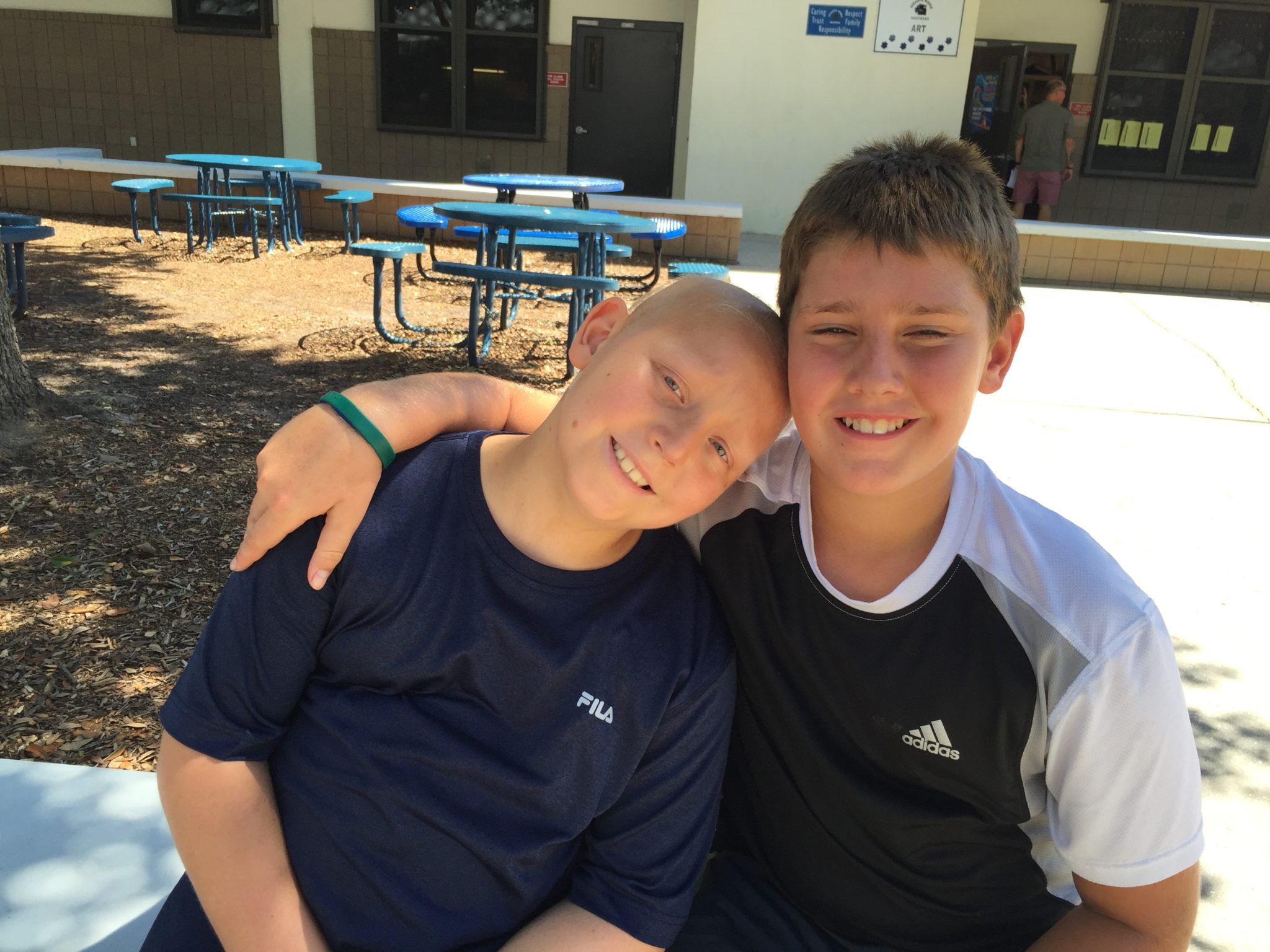 I found the clarity I needed to start this day by waking up before the sun and walking the Ringling Bridge with my dear friend. As a special treat, I brought home bagels for my sleeping boys, and one for Michael to take with him as he left for work. Benji woke up when I was in the shower. I heard his sleepy voice sweetly calling to me through the sounds of falling water, “Good morning, mama.” I had that good day feeling, right from the start.

On today’s agenda was school, school, and more school. Banyan had his first middle school pep rally this morning. It was a three hour affair–kids only. Before we left, Benji’s tummy felt sensitive. He asked for Kytril, which seemed to do the trick. We gathered Banyan’s friend and dropped the two soon-to-be-sixth-graders off at their new school. Banyan was so excited. When excitement fills that boy his smile brightens the largest of spaces. It’s palpable. I love it.

Banyan’s new school is a stone’s throw from Michael A. Gilkey, Inc.. Michael’s mother spent the morning with Benjamin, and for the first time in eight months, I worked at the office. It felt so good to be able to get a teeny bit caught up on correspondence, plan my marketing calendar for next year, and create a massive to-do list. I have so many ideas, and feel true, deep excitement at the prospect of returning when Benjamin is back in school full time. I feel this excitement without expectation. I know it may be November (or later) before I am back to a regular schedule. Everyone at work has been so understanding, beginning with Michael. When I express guilt that another award deadline has passed without our entry, or that I’m behind on populating the new website, or I’ve missed an editorial opportunity, he is so reassuring. He and his staff are as busy as they’ve ever been. His fierce dedication and passion, along with the never-ending support of our family and community, have enabled me to devote myself to the healing of our son, and I don’t take that lightly. Many families can’t afford such a sacrifice.

I picked up Banyan and his friend from their new school, and we met Michael, his sister, and his mother and Benji for lunch. Then it was back to school preparations with an open house, this time for parents, at Banyan’s middle school. We picked up Banyan’s class schedule and went to the cafeteria to buy his uniform for P.E., the lock for his gym locker, and so forth. I had no idea it would be so crowded. I started to panic a little. Benji’s absolute neutrophil count (ANC) is super low right now. If any of the folks in close proximity to us were sick, Benji and I could land ourselves in the hospital. He was also extremely sore in the legs, and needed to rest. Here’s where Banyan made me just about as proud as I’ve ever been.

Despite Banyan’s uncontainable enthusiasm and the presence of friends old and new everywhere, he acted with grace, maturity, and brotherhood. I asked him if he would take Benji outside to sit on a bench. I will admit, I expected an argument, or at the very least, a disappointed face. Nope, not from this guy. He proudly took Benji by the hand, and led him outside. When I had finished buying the necessary gear, I opened the cafeteria doors to find the two of them sitting at a picnic table together, alone, laughing. I hope this memory is one that burns itself into the long term vaults of my mind.

Next, we walked through Banyan’s seven periods, so that he would feel oriented on the first day of school next week and not be late to classes. Benji’s legs hurt badly. He was so tired. Banyan was patient, asking him if he was okay several times. We took breaks on benches around the campus. We made it through the schedule, with Banyan excited and Benji supported. I took them out for a frozen yogurt to celebrate.

Last on the school prep list tonight was Benjamin’s Meet the Teacher event at Southside. He was so excited he could hardly wait for Michael to get home. We saw teachers old and new, and many friends. His new classroom felt so sweet and welcoming. I could feel his desire to be there every single day, doing morning work, having circle time, trying his best. I tried to interject gentle reminders that we’d be homeschooling for the first few months of the school year. He gets it. He understands. I let go my reminders and let him feel his excitement, just like every other new second grader in the room tonight. I will make sure he goes to school as often as he possibly can.

Banyan had options for his day tomorrow, and decided to come with us over the Skyway to be with Benji. Benjamin will begin his morning with a complete blood count. If transfusions are needed, he’ll get them before his Erwinia shots. Once the shots are finished and the hour of monitoring vitals is over, he will be deaccessed and free for the last weekend of summer. We will sleep in. We will plunge ourselves into saltwater. We will organize school supplies and pack backpacks. We will be grateful for what is behind us, and grateful for what is to come.