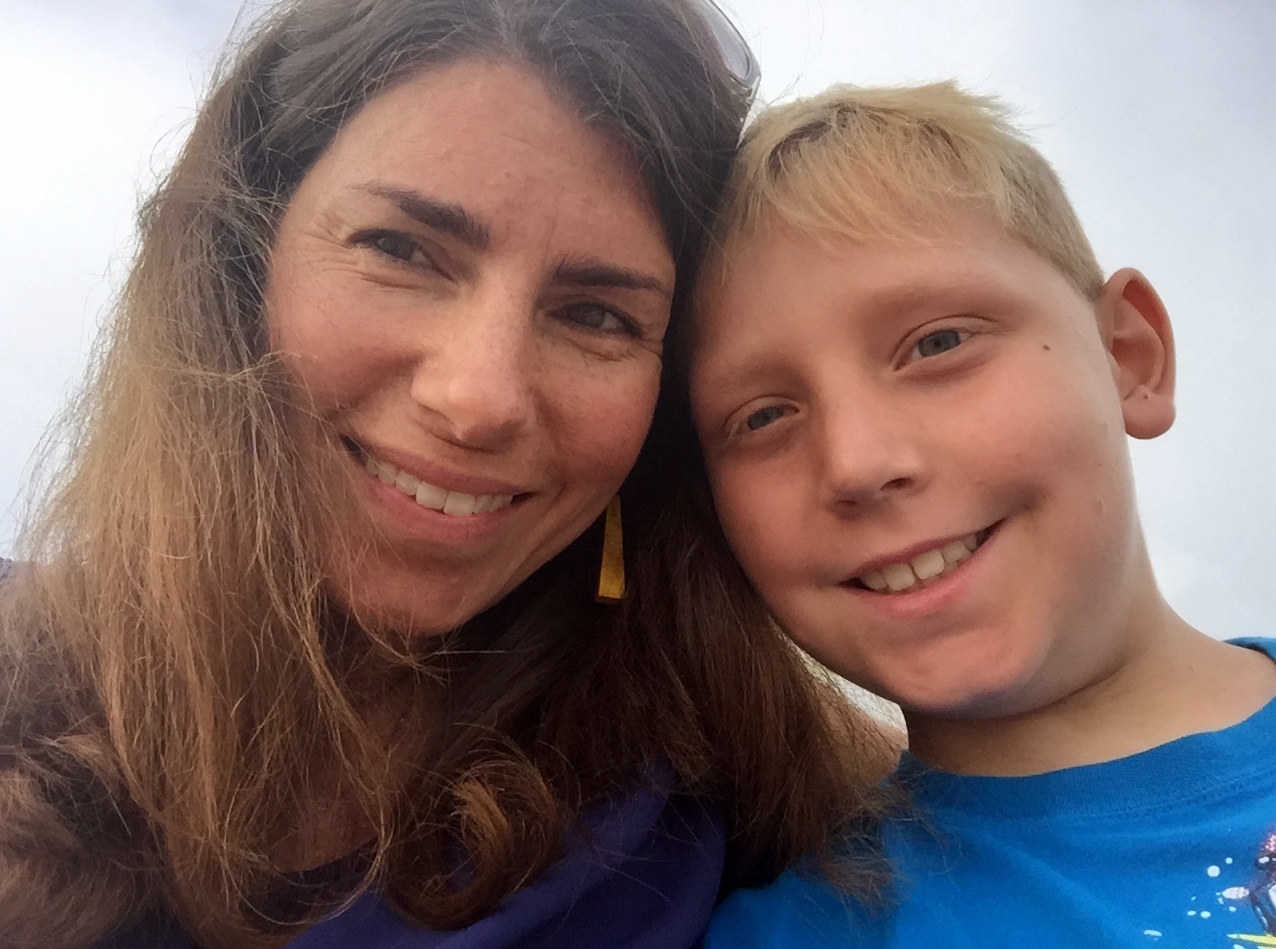 This steroid pulse week is bringing up so many emotions. After much frustration I’ve decided to use this as an opportunity for learning. Benjamin will have a steroid pulse every month during long term maintenance–three years. The sooner we can both learn to cope with what this medicine brings, the better.

After Benji had eaten an omelette, a banana smoothie, a handful of nuts, and his famous homemade turmeric fries, we set off to run our morning errands. It was not yet 10am. Our last destination was the grocery store. Lunchtime was approaching, and halfway through our shopping experience, Benjamin could think of nothing else but his favorite sandwich from a local restaurant. It did not matter that I had gotten every single ingredient at the grocery store to make that sandwich, even down to the same kind of bread. I told him we’d be eating at home. By the time we arrived, his mind was made up. He was effectively on hunger strike.

The moments that followed perfectly represented the Dexamethasone experience. As Benjamin’s hunger pains grew, so did his emotional negativity. He whined, he moaned, he was obstinate and quite unkind. I made sure to remain calm and unfazed. I knew that this was the vicious steroid cycle in play. Of course, it was tempting at times to just buy him the sandwich he wanted. We give him so much of what he asks for, for obvious reasons. But buying that sandwich would only continue the cycle. We are trying to raise a child here for the long haul, one who isn’t demanding and entitled, but responsible and discerning.

I went into the kitchen and made Benjamin a gorgeous, healthy lunch, and set it at his place at the table. I told him it was ready when he was, and left it alone. I posted in the online moms’ group about my frustration, and was instantly echoed by so many others who have had similar experiences. My favorite response included the advice to give “space and grace” during emotional steroid phases. I love that phrase, and have repeated it to myself several times today. Of course, Benji ate the sandwich I made for him. And after his hunger subsided, his sweetness took its place, as if the whole episode had never happened. I was careful to act like it hadn’t, either.

In the afternoon, Benjamin had friends over to play. They were outside playing basketball for a while, then came in to cool off. Benjamin wiped the sweat from his head, and when his hand came down, in it was a clump of hair. He reached up again and pulled out another clump. He looked at it, then looked at me, then continued playing with a little laugh. He was observant and curious, but not upset. I don’t know if this is the beginning of greater hair loss. Once again, these symptoms prove themselves to be totally unpredictable.

Benjamin grew so tired during his play time with friends. He could scarcely keep his eyes open. It was clear to me that he needed to rest. His friends said goodbye, and we got in the car. We had plans to have a quick boat ride and dinner with Michael and his mother and sister. We were considerably early but I knew Benji would fall asleep in the car, and he did, almost immediately. I took the long way there. The boat ride did little to perk him up, and ordering at dinner was another frustrating affair for him. Too many choices are bad news. He just wanted to feel full. We finally settled on pesto pasta–a sure winner–and it couldn’t come fast enough. It did wonders for his spirits.

Benjamin fell asleep again almost as soon as we came home. So, all wrapped up into one little steroid, we have insatiable hunger, intense mood swings, and exhaustion, each of which grows by the day. I am learning. I carry potassium-high snacks with me everywhere. I do not allow myself to engage with steroid-driven anger. Tomorrow, I will make sure he has plenty of activity and plenty of rest. And I will love, love, love my boy, and give him space and grace.