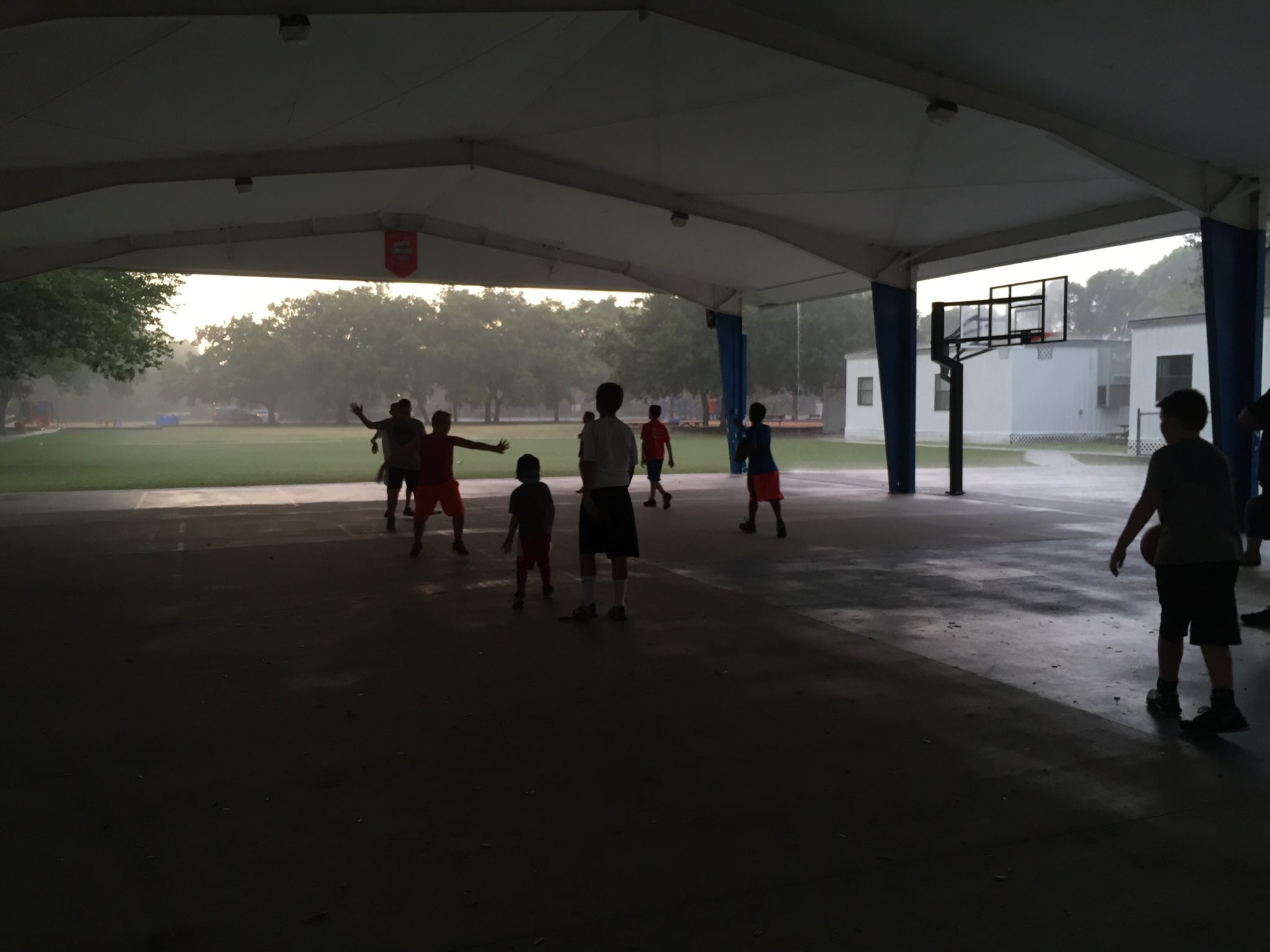 Benji woke up feeling hunger and nausea simultaneously. Kytril and breakfast helped. We loaded up early and spent the morning running last minute errands for Banyan’s impending departure. I was determined to get everything done today, down to the carry-on bags, so that tomorrow we can focus on Benjamin’s clinic appointment, and on our last hours together as a foursome, without feeling rushed.

One of our errands was a much needed haircut for Banyan. Benjamin had said he didn’t want one. But once we got there he changed his mind. He wanted a mohawk with gold tips. We talked about the possibility that it could fall out. He didn’t care. He’d buzz it if he needed to. The boy wanted a mohawk, and a mohawk he now has.

Michael’s mother and sister came over for dinner and to bid Banyan farewell on his journey. We’re all used to this now; it’s his third summer at Highlands, but it doesn’t really get easier. I do get more excited for him as the years go on. This summer more than any other I am feeling so grateful for this opportunity. What camp does for Banyan’s confidence and character is invaluable.

After dinner, we met some of Banyan’s friends for pickup basketball and football at their (former) elementary school. The weather had other plans, and lightning forced them to play under the covered pavilion. They created their own fun and enjoyed being together one last time.

Benjamin wants to move his body so much, and he loves being with Banyan and his friends, but I could see that he was getting extremely tired during basketball. Once we were home, he begged tearily for a snack–thanks, Dexamethasone–and soaked in a detox bath. He went to sleep almost immediately after I started our chapter in Charlie and the Chocolate Factory.

I have read about other children who seemed more sleepy during this phase, especially during steroid pulses. I think after I return from seeing Banyan off to camp, I’ll infuse a regular quiet hour back into each afternoon, like we did during Induction. The beginning of Delayed Intensification closely mimics that initial phase. The sleepiness makes sense.

Tomorrow Banyan will join us as we go back to the Infusion Center. Benjamin will have his first Erwinia shots of this phase. I think it will be good for them to be together for this. Banyan has never seen the Infusion Center or witnessed the amazing strength his brother displays there. Then we will have one last night together with our camper. Saturday morning Banyan and I will fly to Chicago. Sunday he’ll board the bus toward adventure, and I’ll board the plane back home.