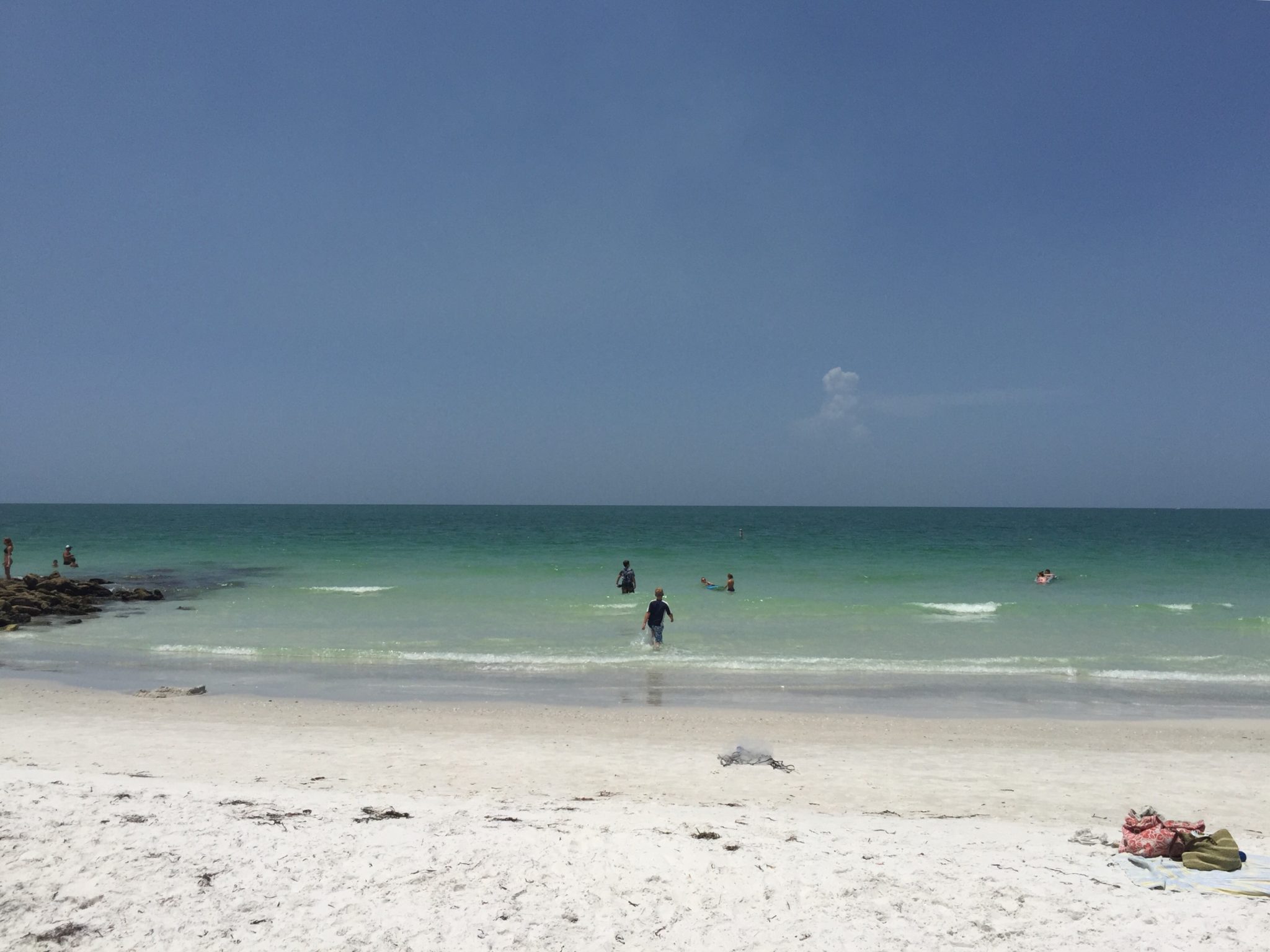 Dexamethasone has officially joined the party.

Benjamin woke up nauseous this morning, but was able to keep his Kytril down, along with his morning dose of steroids, and ate a decent breakfast. We were invited to the beach by our friends who were celebrating the birth of their youngest son. Benjamin felt well enough to go, and I was so grateful. I wanted Banyan to get one last beach day in before camp.

I’m not sure if it was the heat of the day, the packing of the gear, the steroids kicking in or the tension of Banyan’s impending departure, but all three of us were in unusually grouchy form on the way to the ocean. As usual, saltwater heals. At one point, my boys wanted to swim out to the buoy, the farthest point allowed in the swim zone, so I went with them. It was just us, working hard, working together. It was a turning point. My grouchiness disappeared. We saw four dolphins and a manatee in the Gulf today.

As we were beginning to pack up to leave, I started seeing the telltale signs of the Dexamethasone. Benjamin was extremely sensitive, and extremely hungry. I had packed sandwiches, quinoa salad, pickles, an entire watermelon, cherries, rice crackers and almonds. It wouldn’t suffice.

We met our friends for a shaved ice after the beach day, then came home to shower before a family dinner with Michael’s grandparents. Benjamin was exhausted. He fell asleep on the couch. In the quiet, I played chess with Banyan. I love our matches. He won, per usual, with a giant smile. I’ll miss that face so much.

I made sushi rolls between moves, anticipating emotional hunger when Benji woke. I’m glad I did. I know from our last dance with Dexethasone that staying on top of the hunger is critical. He was emotional, and it lasted through dinner. Ordering was frustrating for him. And the sight and mention of a soft pretzel with cheese–the food he vomited after Monday’s lumbar puncture–was almost too much for him. He wanted to go home. But Michael kept him busy with some collaborative coloring, and we were able to stay, eat, and visit with family.

Before bed, Benji was extremely sweet. He wanted one on one play, snuggles, extra chapters. He sleeps deeply now. As I lie next to him I can still feel the ocean waves beneath me. The ebb and flow of these steroid pulses is intense. Emotions are heightened to the max. But we’ll get through it, working hard, working together.