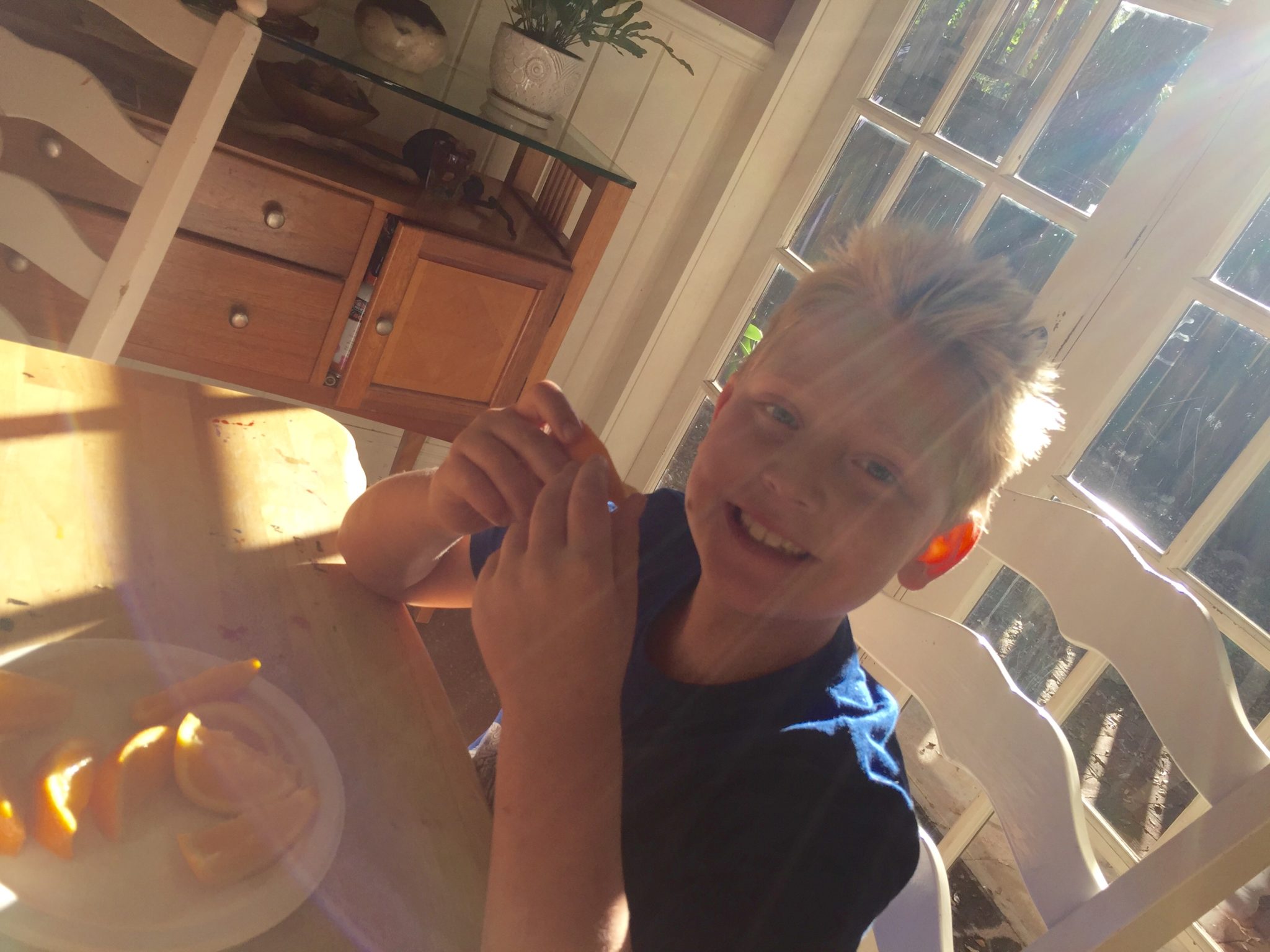 Day 18. Halfway through the Induction Phase.

That means we have ten more days of dexamethasone during this stage of Benjamin’s treatment. In a way, it’s like a light at the end of the tunnel. His last dose of this crazy steroid (for now) will be the night before his next bone marrow aspirate. It will mark the end of this insatiable hunger and these emotional mood swings, and for that, we’ll be grateful. The results of the bone marrow aspirate are huge–they’ll tell us where we are as we move into the Consolidation Phase. The hunger will be gone, replaced with a new set of challenges as his medicines change. We may find ourselves wishing he was begging to make a FOURTH sushi roll at 9:17pm. So maybe it’s more accurate to say we see the light at the end of the first tunnel. It’s certainly not the only one.

Today was another super tired day for Benjamin. In observing his irritability, his hunger, his exhaustion, his pains, I found myself digging into a pointless hole, mentally. Questions like, how in the world is this possible? 79% of his blood and 94% of his marrow were infected with leukemia blasts and he was acting perfectly fine, just before diagnosis. And now we’re into residual levels of cancer cells, yet he feels terrible (at least part time). I know it’s the medicine his little body has to withstand. But that’s a dangerous place to go, thought-wise, because we have absolutely zero choice in the matter. This treatment comes with evils we have to endure. Not just endure, but give thanks for. We have to continue on this path, as long as necessary. We’ve only just begun.

I did a lot of research on dexamethasone this afternoon and found an extremely comforting website. An excerpt:

“Any parent of a child taking one of these steroid drugs has their own story to tell about its effects. This is the drug responsible for the puffy look of patients on chemotherapy…It also causes mood swings, from bouncing off the walls to mopiness and depression. And it causes hunger! This causes some of the funniest stories among parents of kids with cancer. The amount of food consumed by these kids is amazing! The puffiness and mood changes disappear when the drugs are discontinued. You must remember at all times that these effects are temporary!! Just start cookin’, and you will be fine.”