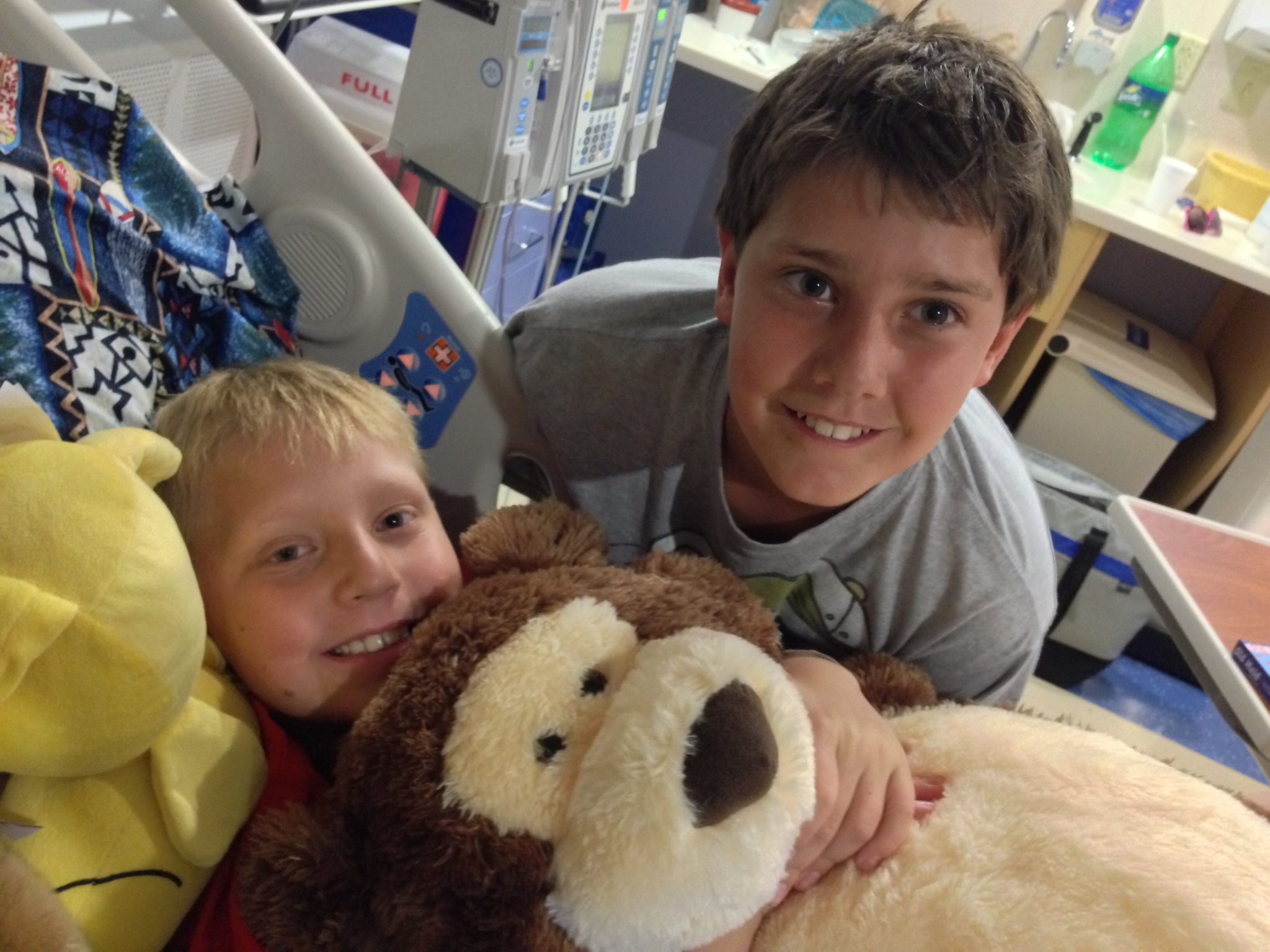 We’ll be spending one more night on the seventh floor.

I was up last night at 3am, after our night nurse came in to tell us that Benjamin’s output was significantly short of balancing his input of fluid. Even with two additional trips to the bathroom, she was concerned. She suggested a dose of Lasix. I had never heard of it before. I needed to do some research.

Despite some findings that Lasix might slow down elimination of methotrexate, I agreed to one dose. It is imperative that Benjamin’s system continue to flush. The longer trace elements of methotrexate stay in his kidneys, the more susceptible he is to damage.

The Lasix worked almost instantly. Within one hour, Benjamin made up for four hours worth of output. We finally got back to sleep after Benji’s 5am blood draw. We missed rounds, but Krystyna with two Y’s told us when we woke up that Benji’s blood showed a methotrexate level of 0.24. It was a relief after yesterday’s roller coaster.

Benjamin needed to get below 0.1 to be discharged, so we hydrated and took lots of laps today. He finished one more test, leaving only one assignment left for the schoolyear. We played air hockey, we colored, we had a low key day. Michael arrived in the afternoon for more games and binocular spying from the window. We took more walks and carried music with us wherever we went. I practiced yoga and finally have the crow pose down. Benjamin had no nausea, no fever, no throat pain. We are just watching a little congestion. Really, it was a lovely day. I just miss home.

At 5pm it was time for Benjamin’s next blood draw. He was nervous for the saline flush, close to tears even. Krystyna pushed the flushes super slowly, and Benjamin handled it perfectly. The results came back while we were on a walk–0.1.

If a patient passes the 48 hour mark wit methotrexate levels higher than 0.4, then protocol dictates they must reach a level of less than 0.1 at subsequent draws in order to “clear.” Not less than or equal to 0.1, but less than–only. I think Dr. Wishnew would have sent us packing if not for yesterday’s crazy doubling of levels. But we are fine to stay another night. It means Benjamin will get two more doses of Leucvorin, and we will have peace of mind. He also got to play an epic game of Old Maid with Kathy, Gana and Banyan, who came with dinner as soon as they found out we were staying.

Banyan had his middle school orientation this morning. He went with his friends. Of course, I wanted to be there. His last meeting of the chess club we started together was yesterday. I wanted to be there, too. I’m grateful for the independence Banyan is gaining. I’m also grateful that we will be home next week, and that we can celebrate Banyan’s last week of elementary school. I hold hope that Benjamin can celebrate the end of first grade with his classmates, too.