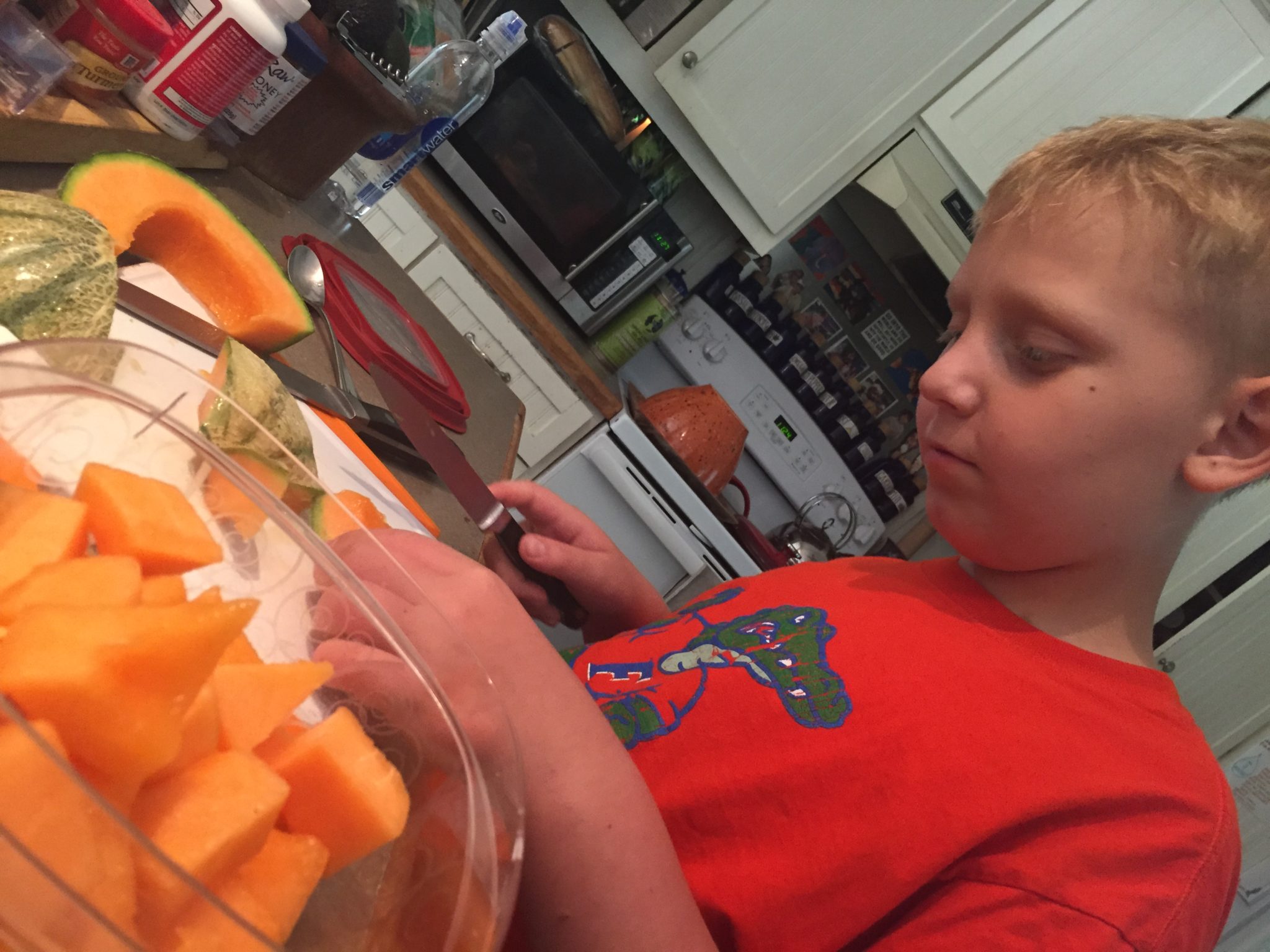 Today was a day of recovery.

Benjamin and I got plenty of sleep. He woke up without a tummyache and ate a healthy breakfast. We gave him Kytril last night and Marinol this morning, and his Scopolomine patch is still behind his right ear. Either the combination is working, or time is the healer. Probably both. But today was the first day in over a week that Benjamin did not vomit, and that is cause for immense relief.

Benjamin was feeling so good this morning that I thought school could be on the horizon toward the end of the week after all. His immunity is plenty high enough, so the determining factor would simply be how he feels. I mentioned the idea and he was quiet and contemplative. I told him he certainly didn’t have to make a decision today, or tomorrow. He will know if and when he is ready. I just want him to have the chance to go if he wants to. We will be re-admitted on Monday, so next week is out of the question. After that, there is just one week left of school.

All things will happen in their own time. Benjamin felt extremely tired after lunch and napped for nearly three hours. I was reminded how much his body has gone through, and what he still has left to endure. He has food in his body and his organs are recovering. We will embrace this period and give it as long as it needs.

When Benjamin woke up, he wanted cherries. In fact he had fruit cravings all day; we chopped melon and pineapple, bought grapes and cherries, and cut apples for snacks throughout the day. Later, while I was preparing dinner, Benjamin tackled some schoolwork–his first since last weekend. Mrs. West will pay us a visit tomorrow. Even though he is behind, I have every confidence he will finish his assignments for the year, without difficulty, in his own time.

We have passed the three day period from when Benjamin cleared his methotrexate toxicity. I gave him one last dose of Kytril today, but did not give him a second dose of Marinol. We will take the patch off in the morning and allow his body to cleanse these relief medicines as well. We have built such a strong arsenal against the effects of methotrexate, and it is finally working; but I don’t want his body to build tolerance to these medicines. I want to make sure they are as powerful as possible next week, when he needs them most.

At dinnertime Benjamin’s back started to hurt, badly. It reminded us of the pain he experienced after last week’s lumbar puncture. We almost called the clinic, but decided against it. We know their questions now. They would ask if he had a fever, or a headache, and we’d say no. They’d say that maybe it was from the LP, but more likely from the vincristine, and that we could give him oxycodone if we wanted to. There were no other red flags. Michael carried him to the dinner table, but after eating a complete meal, he got up to walk on his own. His body is recovering.

In the online moms’ group today, a mother shared something her oncologist told her. He’d said that once a patient’s body can’t handle the medicines anymore, theoretically, the leukemia shouldn’t be able to handle them either. Those words hit me hard–especially the can’t handle and the theoretically. We passed an extremely important milestone when Benjamin entered molecular remission; it means there are no more leukemia cells that can be seen. But the medicines in these next phases are seeking the cancer cells that lurk in the shadows, hiding from detection.

This is a colossal act of trust. Benjamin’s body will be pushed to the limit, but it will be okay. He will be okay. This we know without question. We continue to give thanks for the medicines that are healing him. We will hold his hand and his bucket. We will figure out the best possible measures to make him comfortable on this path. We remain honored to walk it with him, one step at a time.