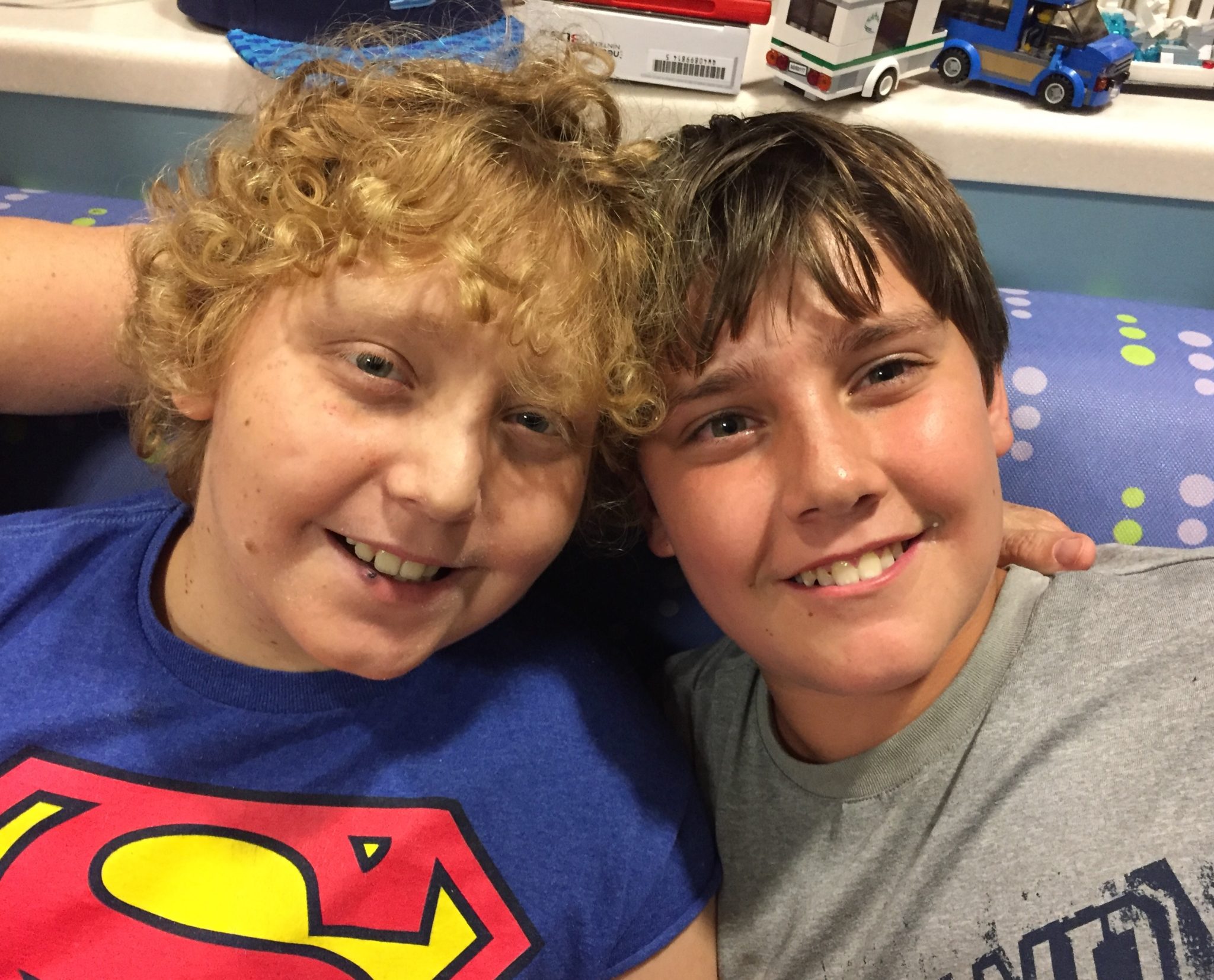 Benji slept through the night and didn’t need any more morphine or hot baths. I had a great feeling about today. I jumped up at shift change, excited to see Benji’s lab numbers rather than dreading them. It was the best screen I’ve seen in many, many days. Benji’s white blood cell count went down to 4.53K and his blast percentage is 27.3. It explains the reduction in pain, and more importantly, it means that this “management chemo” regimen is doing exactly what it’s supposed to do.

The platelet absorption problem is still an issue, and probably will be for a couple more days, until Benji’s spleen fully recovers. This morning’s number was 5,000. The plan remains to only transfuse with symptoms, but because Benji had a port access on the plan for tonight, we decided in rounds to give him a boost right before deaccessing.

Benji’s body was still quite tender today, so I didn’t push it. But we made small changes back to “normal.” He wanted to play games again. We left the door open so he could interact with the nurses walking by. And, for the first time in weeks, we dedicated a healthy chunk of time to schoolwork.

To get back into the groove of academics, and to wrap our upcoming journey in excitement, we focused our school time on Philadelphia. We calculated the mileage and divided it into the time it would take us to travel between hospitals. Benji followed the trajectory of the flight on Google Earth and we recorded the major cities and bodies of water we’ll fly over. We read a little history, listened to John Coltrane, and watched a documentary on the Philly Cheese Steak. This is an adventure to be grateful for.

We are so well supported. We were visited by a hospital board member today to be sure we were being taken care of. A social worker came in to try and help with travel arrangements. Our family and friends have offered every measure of kindness. All of the energy surrounding Benjamin is very focused right now, and we feel it.

We are no closer to any specific dates, however. I spoke with the coordinator of the clinical trial at CHOP today and she confirmed that they have all the paperwork they need. Whether the meeting happened last night she did not say, but she did say they will be reviewing all of Benjamin’s records over the coming days and will get back to me with any news. I will deploy every tool in my arsenal to be persistent, kind, diplomatic and expeditious. I think once a day contact is a good place to start.

Benji was pleasantly distracted when his chemotherapy began its drip today. He was working on a project with the hospital school teacher, then Michael arrived with some very cool gifts from friends. But when the second medicine began, Benji’s belly started to hurt. He felt nauseous, though he didn’t vomit. He put a pillow over his face and just rested through it.

Kathy and Gana brought us yet another delicious meal, complete with the alfredo noodles Benji has been craving lately. They brought us Banyan also, who is so tall now I have to put my arm around his waist instead of his shoulder.

Benji got his boost of platelets tonight after shift change, to prepare his body for deaccessing and reaccessing. During the hour in which he was unooked from anything he took a nice, long, relaxing bath. When he got out, he complained more about his side hurting than he had all day. It could have been the platelets. Or it could have been that he was so tired.

We requested David, the IV team nurse, to come and access Benji’s port again. Bless his soul, he is the most patient man on the planet. Benjamin’s last experience with the two failed attempts was so traumatic. He was understandably afraid this time, and it took him about 40 minutes to find his peace and his strength. But he got there. He always does. And David was successful on the very first try.

Tomorrow is Benjamin’s last day on this intermediate chemotherapy, at least for this cycle. We will be in a holding pattern after the medicine is finished, waiting for our marching orders northward. I know the chemotherapy is not a permanent fix, but I am so thankful that it is working. It is buying us the time we need, and giving Benjamin much needed relief from the burdens leukemia brings.