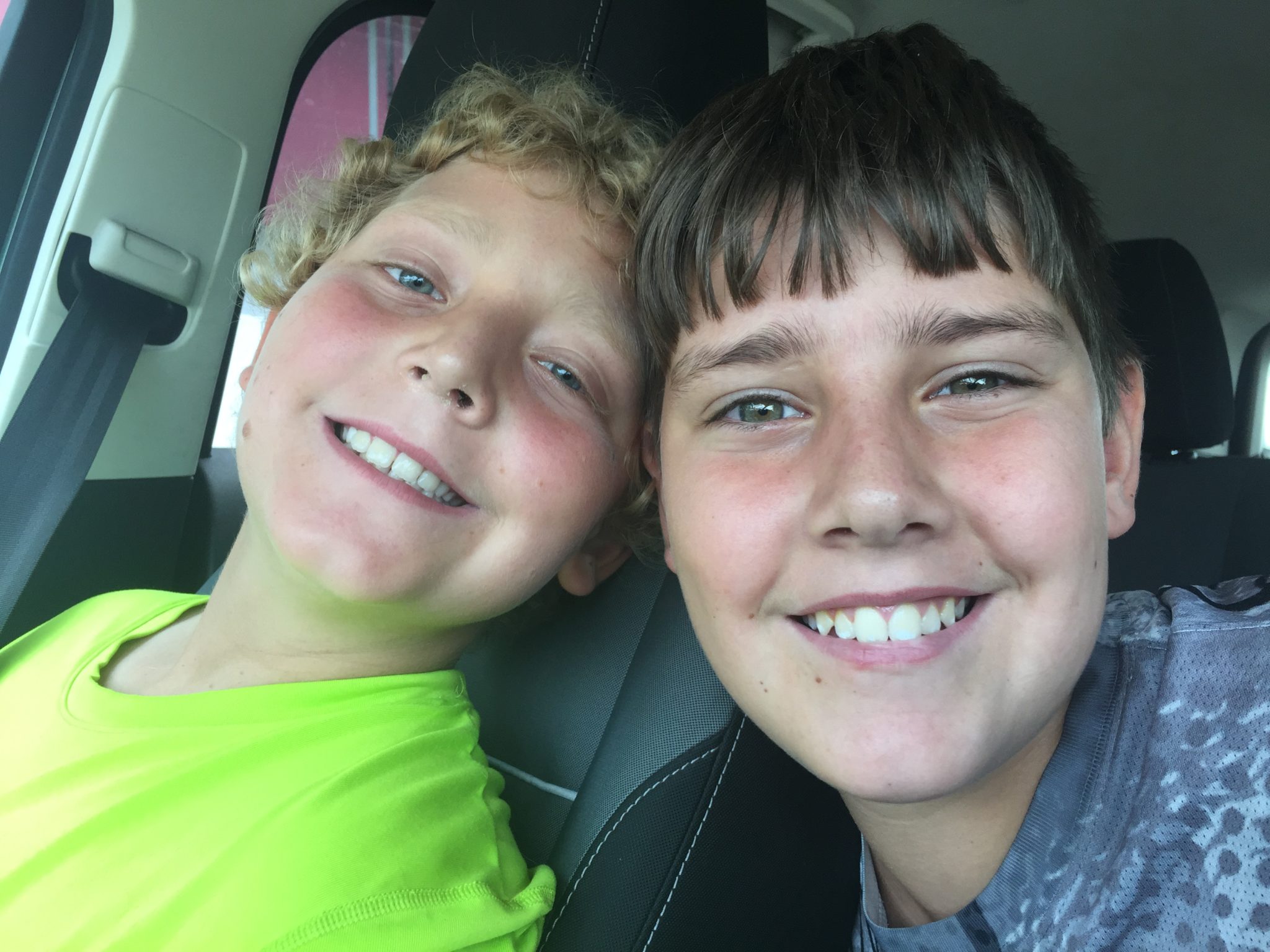 I need to use words to make sense of things. That’s clear to me, and it’s why this white space is so therapeutic. Sometimes I can’t find the right words because I don’t think they have been created yet, but I try. There have been three recent deaths in the childhood cancer community, one right after another, that have caused within me a sensation I can’t label. I can no longer say to a death, “Yes, well, that’s a different diagnosis than Benjamin’s. That’s a different situation.” That isn’t true anymore.

I’ve coexisted with this feeling long enough to describe it as best I can; it is a hybrid between the moment right before a big cry and the one just before vomiting–that feeling of fullness, of being filled with something that must get out–but the release of the tears or the vomit or whatever this needs never comes, and what’s worse, you know it isn’t coming. The feeling isn’t grief, and it isn’t fear, but both of those things are somewhere in the fullness. It’s something that hasn’t been named yet. Or it’s a name I haven’t heard, anyway. And it just stays there, up high, waiting, but the release will not come.

On New Year’s Day at our annual party I drew a Word of the Year. Release. Knowing that Benjamin will be on treatment through 2018, I wonder if the word was premature. Or maybe it was a challenge. Like, this is what you will find elusive. This is what you will yearn for. You have to find a way.

Michael went to our new family practice physician today. We are all making the rounds with her, and so far, she seems to be a great fit. I’m so glad he went. I’ve been more than a little concerned about his health and about his stress levels lately. He told her about some symptoms he’s been experiencing, and she mentioned PTSD. This is something that has come up so frequently for me; I can’t believe I didn’t correlate it for him. Almost every member of the online moms’ group mentions it at one time or another, and it manifests in unique and individual ways. Michael has held so much together. I functioned more soundly during crisis mode, and perhaps my sweet husband did too. Now, during this maintenance phase, we are given the time to sort it all out. I’m so thankful we have each other. Marriages are made stronger or weaker by moments like this, and there is no doubt which direction our union has taken. I am so grateful.

Benjamin has reacted to his new steroid pulse super quickly. I wonder if that has anything to do with his increase in 6MP. After his second dose of Prednisone this morning his cheeks were red and puffy, his hunger was increasing, and his words had sharp edges–not mean, just loud. He and Banyan got along beautifully today. Banyan seemed to really vibe off of his brother’s energy shift, which was a huge blessing for me. I had a billion errands to run for Saturday’s lemonade stand and the boys were truly helpful, every step of the way. We also mailed off 35 rainbow stars to children with cancer throughout the country and the world, including our first to China. Each name was read out loud.

It was a very long and active day for the boys, and when it was time for sleep, Benjamin’s legs hurt badly. He needed a boost up into his loft bed. As I was scratching his back, he asked, “Don’t I have a dream catcher? I always have bad dreams.” I reminded him where his dream catchers were, and stayed with him long after his breathing slowed.

I need words to make sense of things, and so do therapists. PTSD is a convenient little acronym, and it might loosely describe what Michael and I experience at times. But what about Benjamin? What occupies his dreams? There is no acronym for that.

Benjamin has collected hundreds of beautiful little handmade beads through the Beads of Courage program. He is not finished collecting them; I will continue to update his collection throughout his treatment. Families create many things with the beads, and tonight I knew for certain what I will do when Benji’s treatment is finished. He’ll have the most beautiful dream catcher anyone has ever seen.

More words I use to make sense of things: Today’s guest editorial in the Sarasota Herald-Tribune.