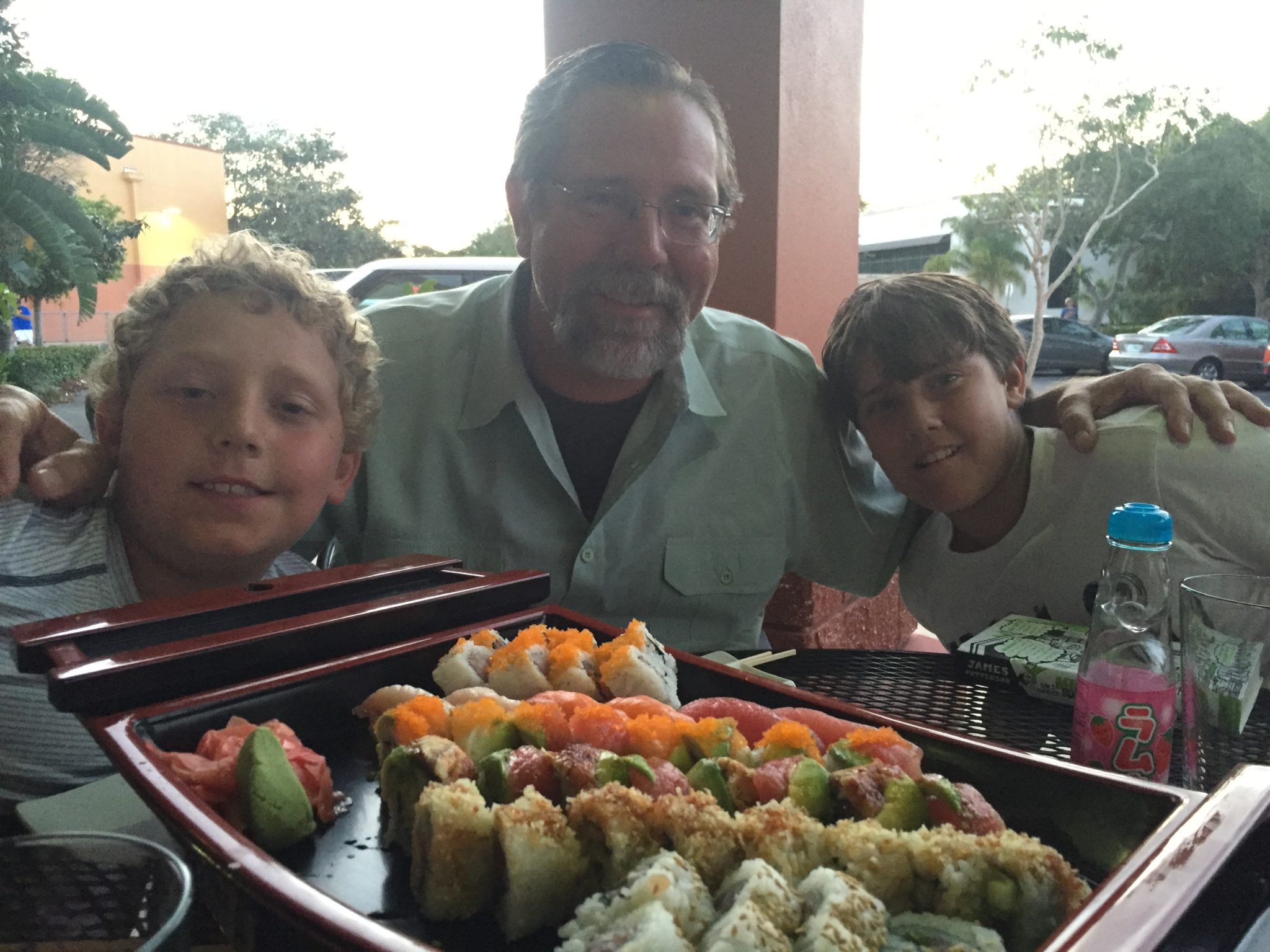 We are pleasantly whooped. The day began with pancakes and bacon for five sleepy boys, then it was off to sports central: football for Banyan in the morning, baseball for Benji after lunch, basketball for Banyan in the afternoon, and somehow, a birthday party in between. The collective total for the Gilkey boys today was two wins, two touchdowns, two hits, one RBI and seven rebounds. Michael and I divided and conquered once again, and at the end of the long day, we decided to treat ourselves to a much needed family date night. Benji has been begging to go out for proper sushi since Dr. Oshrine cleared him back in March. Tonight, he got his wish.

When I left baseball to take Banyan to basketball, Benji had just crossed home plate. He’d batted a runner in and rounded the bases thanks to the next two batters. I don’t think I’ve ever seen him run so hard. When he and Michael rejoined us at basketball, Michael told me Benji had gotten hit in the elbow with a ball, and petichiae had appeared. I wasn’t surprised, honestly. Yesterday I had thought to myself that his bottom lip looked paler than usual. After Michael showed me the petichiae, I asked Benji to show me his eyelids, which also looked less pink than they should.

Michael asked me if I thought we should skip the sushi. The question was a very valid one. If Benji is showing petichiae and pale lips and eyelids, chances are his chemo increase to 125% is taking effect, and his counts are dropping. If his ANC is also dropping, he’s more susceptible to infection, and raw fish thereby returns to the forbidden list. We’ll find out for sure on Tuesday where his numbers are, but in the meantime I asked Benji to scratch the inside of his elbow as hard as he could. This was a trick shown to me by a friend with a different platelet disorder; when she scratches and petichiae appear, she knows her platelets are in the danger zone. Nothing showed up on Benji’s scratch test.

Michael and I decided to go for it, once again choosing love over fear. It was an easy choice, really. And it was delicious.