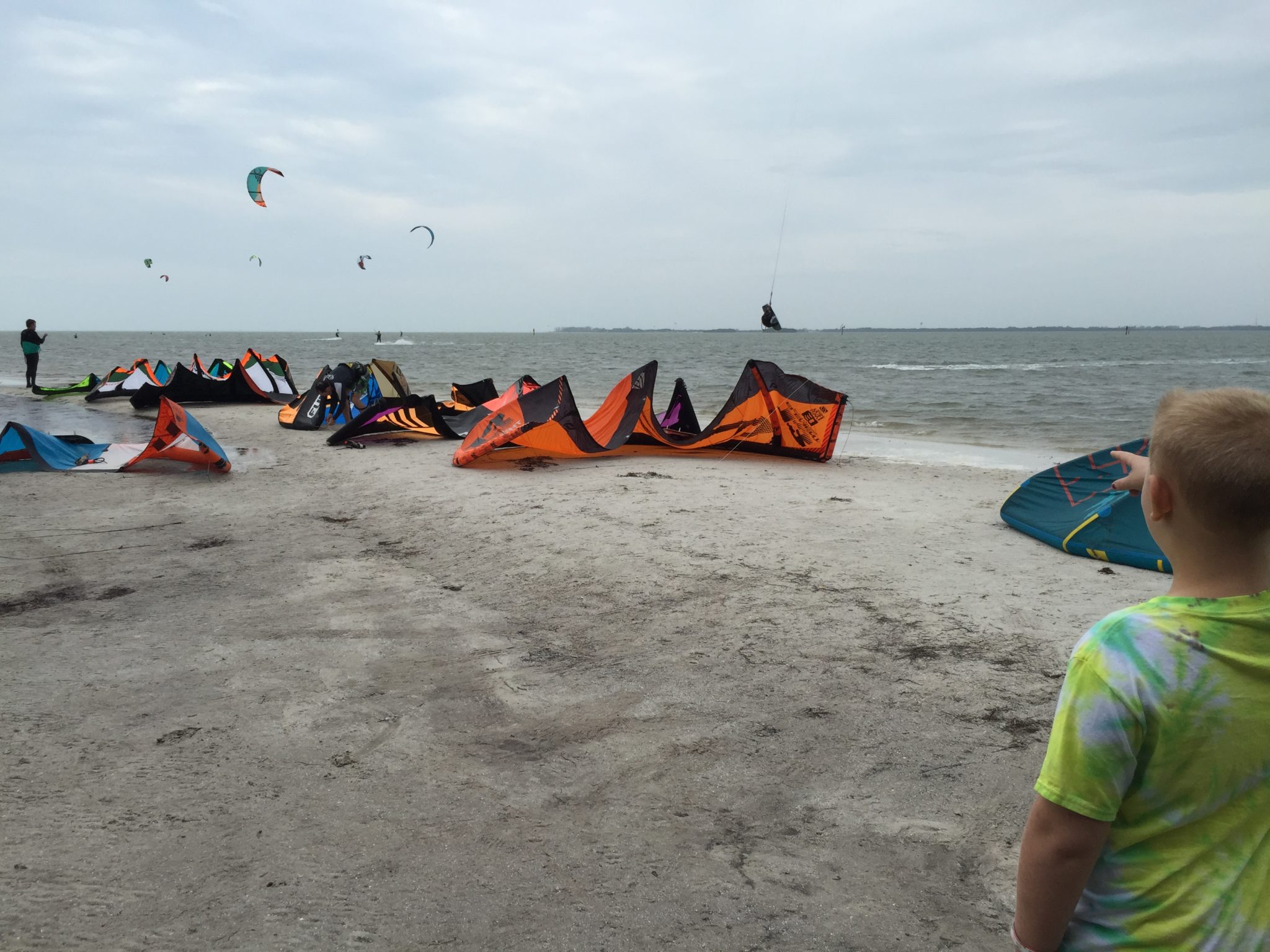 Tuesday mornings are bridge walking mornings. I was grateful for the sunrise, the early start, and the clarity it provided. I felt prepared for the day as Benjamin and I sent Michael off to work, Banyan off to school, and headed north for our clinic visit.

As we waited for our meeting with the oncologist and the nurse who would prepare Benji’s chemotherapy, we were visited by Caitlyn, the clinic’s Child Life Specialist. From the definition on the All Children’s website: “Child Life Specialists recognize that hospitalization can be a traumatic disruption in a child’s development and the functioning of a family, and they strive to reduce the negative impact of this stressful life event. They value play as an essential, natural part of childhood – important in its own right. Play facilitates healing, coping, mastery, self-expression, creativity, achievement and learning, and is vital to a child’s optimal growth and development. Play is an integral aspect in the practice of Child Life.”

Caitlyn came in with a large piece of paper, crayons, and a brand new Nerf gun. While she and Benji put batteries in the Nerf gun, our nurse (it was Sarah today) came into the room. I answered her usual questions and she answered mine. As we were talking, I could see Benji drawing something at Caitlyn’s instruction. I overheard her prompting him, asking what he liked least about coming to clinic, what he wanted to “shoot.” Sarah and I hadn’t finished talking yet when Dr. Oshrine came into the room, and more questions were asked and answered. So the small room was packed when Caitlyn taped the piece of paper to the wall, and Benjamin took aim at it with the Nerf gun.

On the paper was his hand-drawn target. Each concentric circle held the name of some aspect of Benji’s new normal.  In the center, on the bulls-eye, was “Sleepy Medicine.” Benji had deemed that shot worth 90 million points. Also on the target were “coming here,” “port,” “staying here,” “finger poke,” “blood pressure,” “hospital,” “medicine” and “taking blood.” I didn’t comment. By this point Benjamin was having an absolute blast–he was shooting a Nerf gun inside an exam room. He had everyone laughing, telling jokes and making hilarious voices.

I value the Child Life Specialists and what they do immensely. I’ve seen them in action on the oncology floor with great results. But this exercise kind of rubbed me the wrong way. Later, when I texted Michael a photo of the target, he agreed. We both felt like the intent, and the words I overheard Caitlyn using with Benjamin, could have planted ideas that may not have been there before. Of course the things on his target are uncomfortable, inconvenient, and sometimes scary, for all of us. No one would have chosen them for Benjamin, not in 90 million years. But I don’t think he’s thought of them with anger. Not before today, anyway.

Later, privately, I mentioned the exercise to Benjamin. The most authentic answer he gave Caitlyn was the “Sleepy Medicine,” and I understand why: it puts him completely out of control. We talked about the target a little bit more, and I tried to subtly reframe our view of all of the things he listed with gratitude for serving his body. In no way would I ever invalidate his anger, I just don’t believe it’s anger he truly feels. A little sadness, frustration, worry, self-consciousness, concern about his abilities and activities–but not anger. Interestingly, what tops his list lately is curiosity. At lunch, he asked me, “How did this all start?” I told him I have asked myself that question a million times.

The clinical side of today’s visit was enlightening. Last night’s dizzy spell wasn’t a big red flag to Benjamin’s medical team. It could have been an effect of his low hemoglobin*, as we’d suspected, or maybe it was a result of yesterday’s increase in anesthesia, or perhaps the actual lumbar puncture itself–something I hadn’t considered. I told Nurse Sarah how he’d been playing football and feeling just fine earlier in the evening. She said that his high activity level could have been part of the problem, and explained the tricky balance between the removal of spinal fluid and insertion of spinal chemotherapy, especially with regard to a person’s equilibrium. That makes perfect sense, but no one’s said a word to us about it before today (in fact, I thought we were doing well by allowing the exercise and oxygenating his blood). Lesson learned. After his next lumbar puncture (Monday) we’ll know to keep him on the relaxed side. I’d like to get through this without my boy having a spinal headache.

*Another handy tip I picked up today: if you want to check your child’s hemoglobin level without a blood draw, take a look at the inside of his or her bottom lip. Low hemoglobin or anemia would render this area white, rather than its usual healthy pink.

Sarah administered Benjamin’s second dose of Cytarabine for the week and sent us on our way, with more Cytarabine to come over the next two days and a red blood infusion on Thursday. We headed south. As we were just about to drive over the bridge that takes us home, we saw dozens of gorgeous arched sails against the grey sky. They were kitesurfers enjoying a perfect windy February day. Benji desperately wanted to stop and take pictures of them to send to Michael. We parked on the Tampa Bay shore and watched this terrific show for a while, with its wetsuited actors and insane acrobatics.

Benjamin asked if he could learn to kitesurf, then he immediately looked down at the place where his accessed port rested beneath his shirt. It wasn’t a look of anger, but of understanding, sadness, and resignation. I knew what he was thinking. I told him the answer was YES, enthusiastically. He may not be able to learn right this minute, but soon. Soon, he can play baseball again. Soon, he can go out in the rain and play with his friends and not worry about getting his port wet. Soon, he can learn to kitesurf. We just have to navigate some very different waters first.