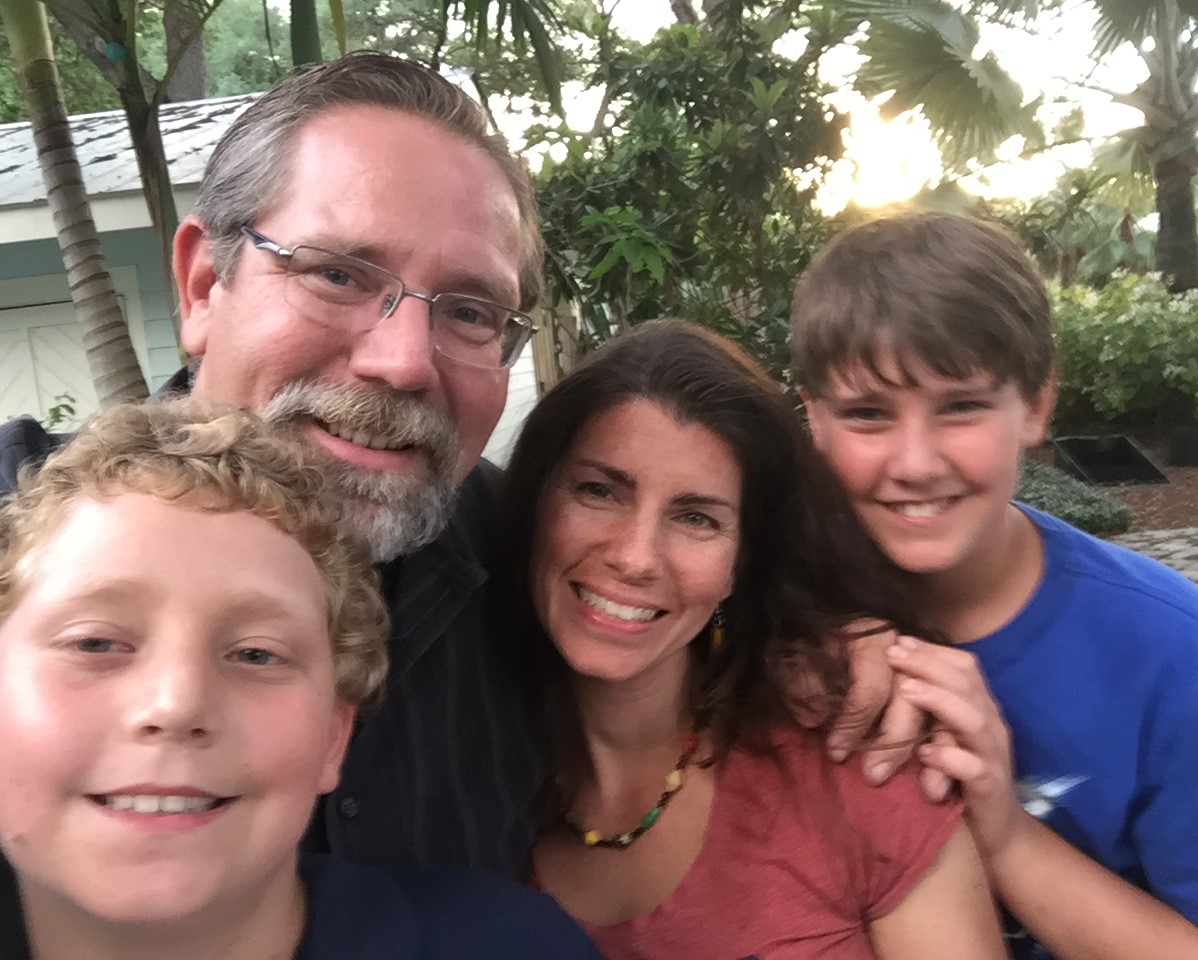 Today is our fourteenth wedding anniversary. It’s been a day of reflection and gratitude. I think about the series of events that caused my path to intersect with Michael’s, and my good fortune baffles my mind. There are divorces in the works all around me these days, and families dealing with children on cancer treatment are no exception. Crisis tends to hammer the foundation of a relationship. The hammer can make the foundation crumble, or it can bolster it, making it stronger. I am fortunate indeed.

Benjamin was in a foul mood after school today. He was biting and sarcastic and impulsive, acting almost as though he were on a steroid pulse. He said rude things in response to routine questions. He was simply not himself. I texted Michael, who theorized that maybe Benji is upset that we are leaving. Tomorrow, we will begin a two night stay at a local inn on the beach; a staycation to celebrate our anniversary. This is something we did for two years before Benji was diagnosed. We missed it last year (obviously) and this year we feel very lucky to be able to go, and not worry, for our boys will be in loving hands and excellent health. But it will be our first time away for more than a night since diagnosis.

The afternoon spiraled downward, and Benji reacted with increasing volatility at every prompt. I tried giving him space, choices, time, protein. Nothing seemed to work. Finally, in a near yelling voice, at the end of his rope, he said, “I want to be nice! I don’t feel like this is me saying these things! It’s like there’s someone else in my body!!”

I thanked him for his powerful words. I could feel the negative energy easing out of him after his profound articulation. We did some breathing exercises and talked about tools he could use to curb his reactions. We have been extremely fortunate that Benjamin’s cognitive function has not been affected by his chemotherapy, but his emotional fortitude is certainly not out of the woods. He feels great most of the time, but he is still just an eight year old boy with a full academic and athletic schedule who also happens to take chemo every day. It takes a toll. This morning I gave him his mushroom, turmeric and milk thistle and he took the cup from me, put the capsules in his mouth, and sighed. Heavily. It is all so much sometimes.

We ended the day with dinner and a little two-on-two basketball. Benji and Michael won handily, mostly because Benji used his irresistible “hug defense” to disarm me, but also because my shooting game is majorly subpar. My children amaze me. My husband amazes me. We enjoy each other and we enjoy life, fully. On days like this I feel overwhelmed by my blessings. The tendency is there to question them–how can I possibly deserve this?–but instead I try to absorb them. Soak them in. Commit them to visceral memory. Appreciate them. Give thanks, and thanks, and thanks again.