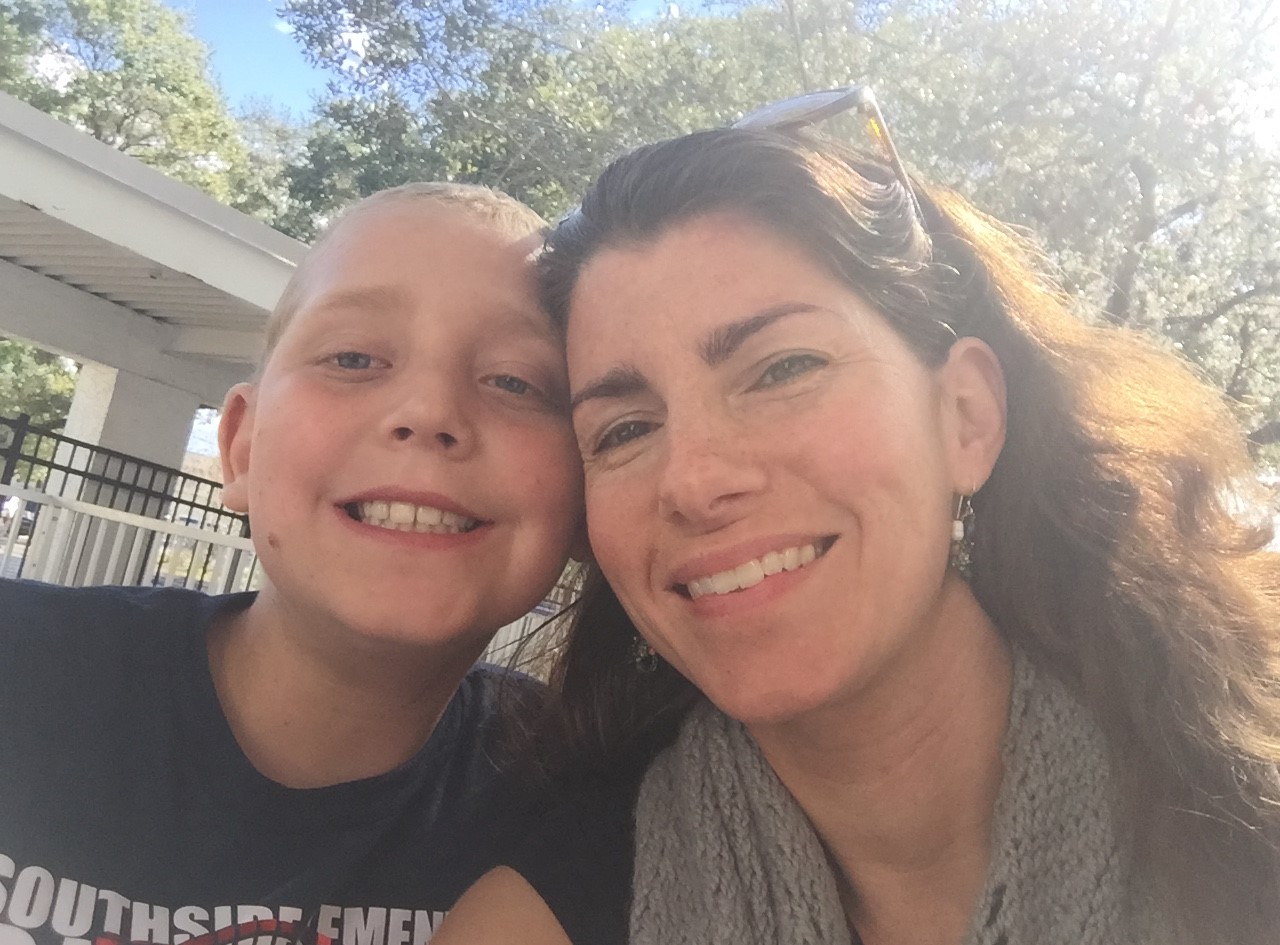 I looked in my rearview mirror this morning as I was driving the boys to school, and saw an expression on Benjamin’s face that made me uncomfortable. He looked absent, far away. I asked him if he was alright, and he said he just wasn’t feeling well. He felt “off.” I walked him up to his classroom to let his teacher know I’d be checking in throughout the day. He sat down in earnest to complete his morning work, laughing and talking with his friends. Just tired, perhaps. He is fine.

After I dropped Banyan off at middle school, I came home to prepare for my morning phone conference with the Patient Safety Officer at All Children’s. I tried to keep calm but my heart was racing. I lit a candle, used some essential oils for clarity, and emailed myself a photograph of Benjamin on one of his worst days experiencing Methotrexate toxicity. I pulled up The Letter on my computer. I paced, then sat, then paced, then sat, breathing deeply until the phone rang one minute past our appointment time. The voice on the other end belonged to the Patient Safety Officer, and it was a kind voice. I relaxed a little.

The Patient Safety Officer’s first question was immediate: “Has Benjamin suffered any long term effects?” I wasn’t sure where she was going with this, and my response was careful. I told her we were pleased with his recovery and he was doing quite well, but it was too soon to say with certainty whether any long term effects were sustained. It took him weeks to be able to run again, and his skin and gastrointestinal tract healed slowly. His digestive system is still quite sensitive, and we don’t know if that’s from cancer, chemotherapy, or the Methotrexate toxicity. She seemed satisfied with this answer, and moved on.

Her next few moments were spent thanking me for the depth and detail of my letter. Her words made me feel safe and protected. She was not blowing smoke or trying to appease me. She was authentic, truly grateful to have received feedback to help her make change. It was music to my ears, really. Also, in a strange and perfect twist of fate, I learned that she is not only the Patient Safety Officer at All Children’s but a hematology and oncology physician by education, who has trained with the leadership of the Children’s Oncology Group. She has a vested interest in making sure that COG is properly notified of Benjamin’s case and moves forward with the appropriate protocol changes.

The next steps will be an internal review meeting with the oncology team and the staff of the seventh floor, followed by an invitation for Michael and me to join a select few folks to review and give input on their decisions regarding our recommendations. She was careful with her list of invitees to this second meeting. She said that while she knows we aren’t seeking punitive action or reprimand of any individuals, she could read between the lines enough to know that the presence of some folks might mean a more inhibited response from us. She very thoughtfully said that she will benefit the most from our ability to be completely open and honest. I appreciate that so much. Our meeting will likely be in two weeks or so.

I brought lunch to both of my boys after the phone call. I shared a sandwich with Benjamin as the rain let up. He was feeling perfectly well, no red flags were raised. He was happy. I left and headed across town to drop a sandwich off for Banyan, who is much too old to have his mama eat lunch with him. I insisted on a quick hug though. It felt so good to see both of their big smiles in the middle of our busy days. Nothing else matters, really, except happiness. Most of the rest of it is beyond our control. But being happy…that’s something we can choose.