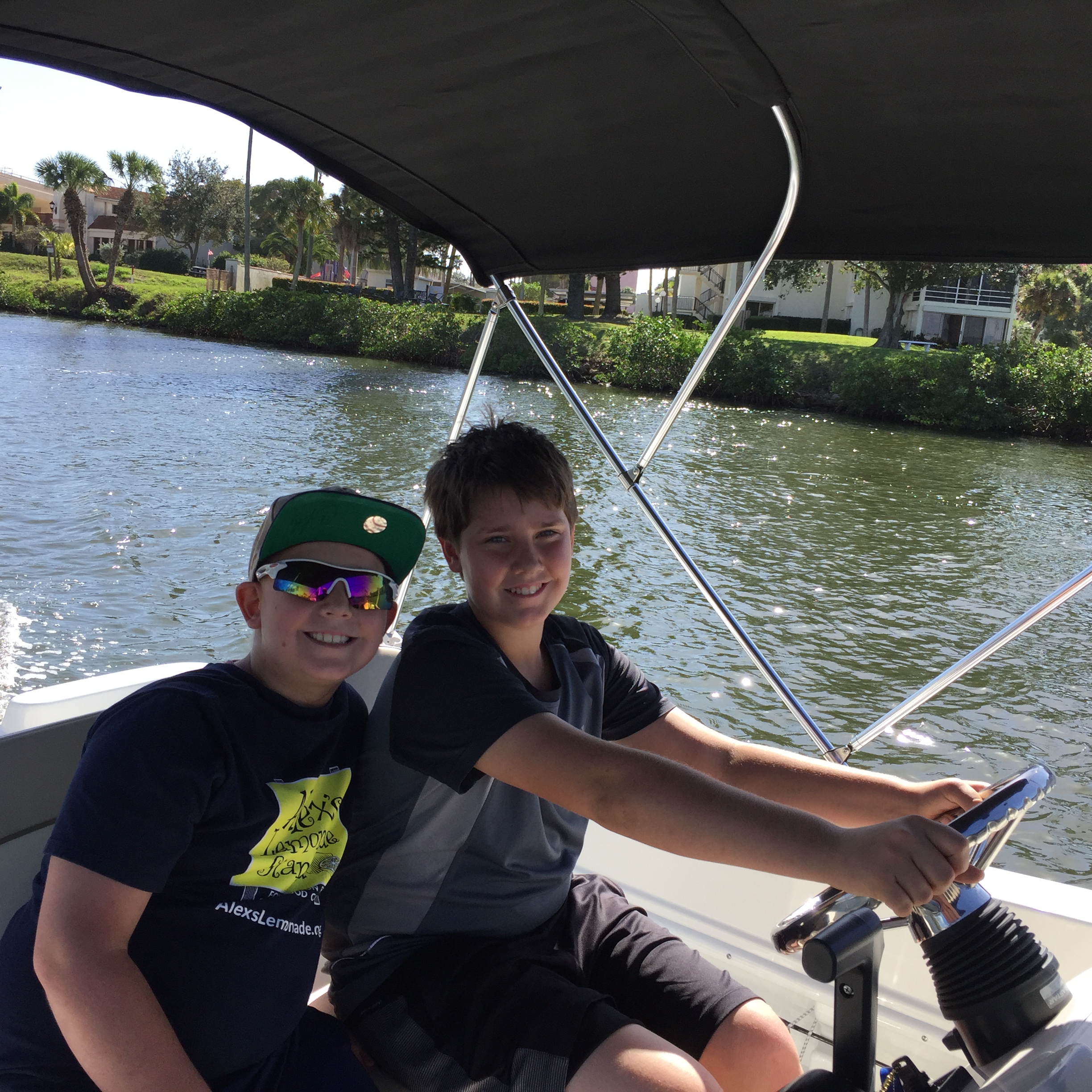 Michael had some fun errands to run today, like going to the Honda shop, then picking up Kathy’s boat from the marina. So the plan was for him to take the boys for an afternoon of fishing while I stayed home to clean and prepare for our New Year’s Day party. But then I read an update from my friend whose daughter is also in treatment for ALL at All Children’s. She is a few months behind Benjamin and just started her second Interim Maintenance phase, the one with escalating Methotrexate, the one that sent Benjamin to the hospital for 24 days. I asked her if they had done anything differently for her daughter than they had done for Benjamin–specifically extra hydration, testing of Methotrexate or creatinine levels, Leucovorin, or educating her on signs of toxicity–no. Nothing. My plans for the morning suddenly changed.

My friend’s update could not have come at a more appropriate time. It is Tuesday, after all, the day I scheduled for myself to take care of all things cancer-related. Benjamin seemed to know it when he woke up too, and he asked to take his Methotrexate. After he took his medicine (with some extra water) and we ate breakfast, Michael took the boys off for their adventure, and I sat down at the computer to finally finish the letter I’d started to All Children’s a couple of weeks ago. Several hours and 2800 words later, it was complete. I will have something else to deliver to the hospital on Thursday with the toys and rainbow window stars. It may not be quite as pleasantly received, but it is absolutely necessary. Benjamin’s experience can and will be a teaching moment for his care team. I know we can help them prevent it from happening again.

I cleaned for a couple of hours, put a box of Healios in my mailbox for the mother whose daughter is going through escalating Methotrexate, then joined Michael and the boys and Kathy and Gana for our maiden voyage as a family on the new boat. It was a lovely evening. We had intended to stop at a waterfront restaurant for dinner, but holiday closures and wait times obstructed our plans. Instead, we returned to Kathy’s house and she whipped up a fine meal in no time at all. She takes such good care of us.

I had some errands to run on the way home. I was so proud when Michael called me and told me that Benjamin had already taken his “Tuesday Bath” of juniper and rosemary, and was looking for the necessary objects he’d need to make his weekly castor oil pack by himself. He took his medicine on his own as well, right when it was time. He beamed at me when I walked through the door. I beamed right back.