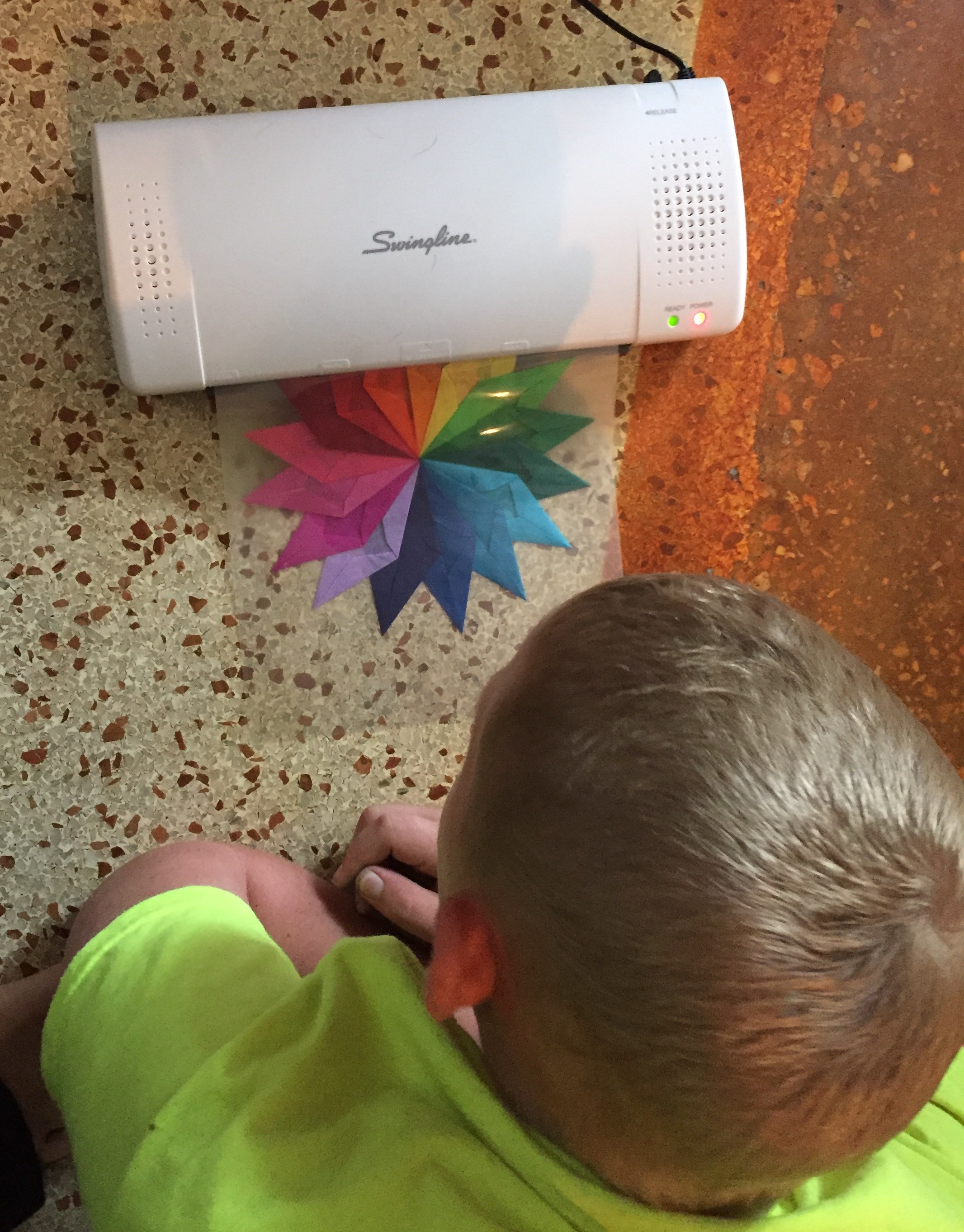 There are a few terms in my online moms’ group to which I refuse to subscribe. “CK” is one of them; it stands for “cancer kid,” and I will never call Benjamin that. His name is Benjamin, and it doesn’t take that long to type. “Cancerversary” is another term that makes my skin crawl. It’s way too cutesy a word to describe a moment that was anything but cutesy. The term refers to the anniversary of the day a child was diagnosed, and for us, that’s tomorrow. Tomorrow is our “cancerversary.” Ew.

I am determined not to let the memories of the week leading up to Benjamin’s diagnosis pull me into a downward spiral. And they have threatened to. But I am smacking them down. Instead I am focusing on the many blessings that have been illuminated for us this year, and hoping to share the gift of illumination with other families. So, I continued making rainbow window stars this morning, with the excellent help of Benjamin and our neighbors, and am almost ready for tomorrow’s delivery to All Children’s. I will leave my six page letter at home. Michael had some insightful tweaks to make, and I need to give those some thought, make one final edit, and then email it to its seventeen recipients. Tomorrow’s visit holds only one purpose. Love.

When the rainbow window star factory wasn’t open, we all kept very busy. The boys played all day long, and Michael and I prepared for our New Year’s Day party. I realized at the grocery store that I still had the shopping list for last year’s party saved on my phone. I was going to collect the rest of the food after we took Benjamin to All Children’s that morning. But of course, we didn’t come home. This year’s party means so much to me.

Michael is outside burning the remainder of our Christmas wrappings, boxes, paper, and tree. I think I’ll join him. I have no idea or expectation about what 2016 will hold, but I welcome its arrival with open arms.