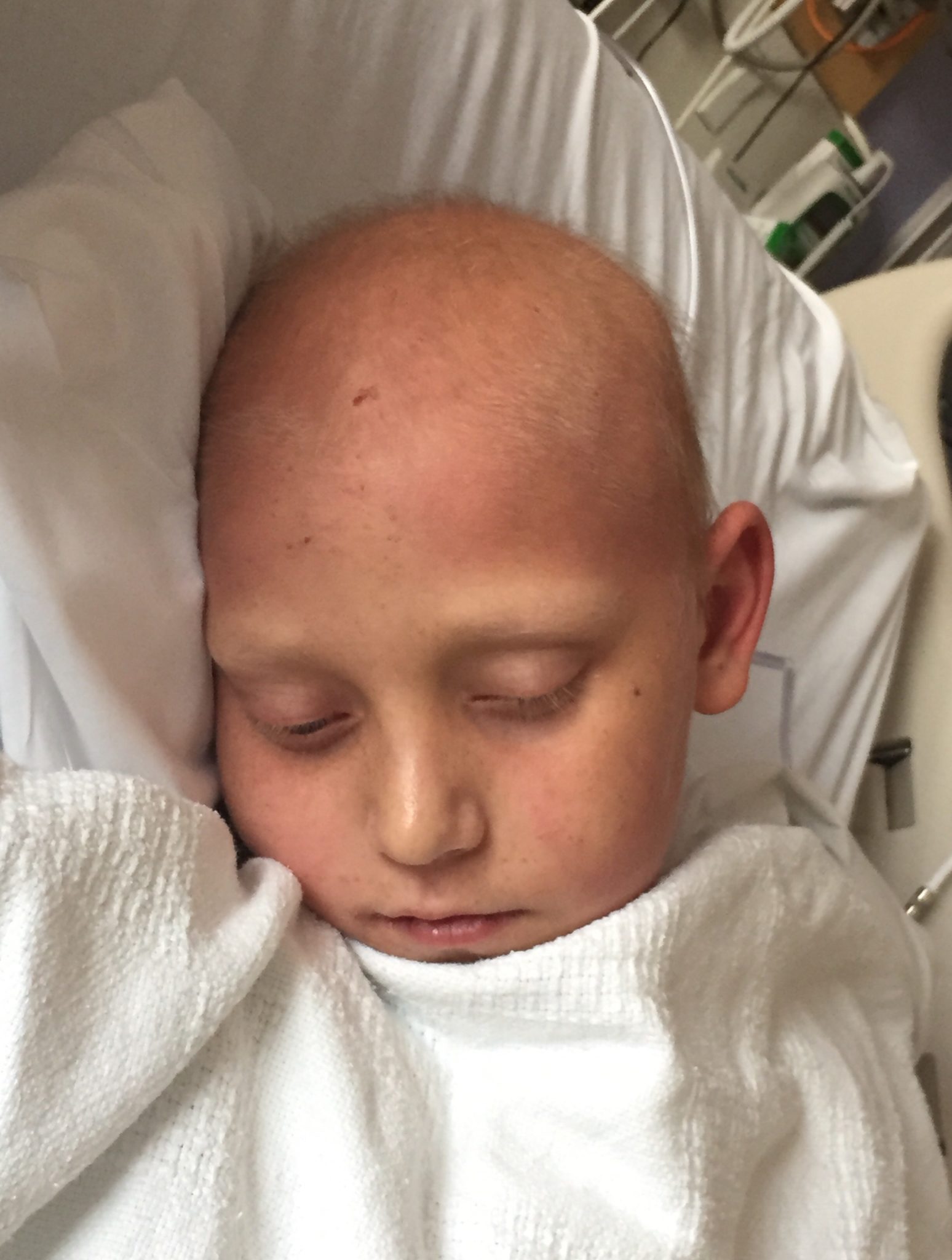 It was another rough night and another trying day. I am trying to be grateful for the steps Benji has made toward healing, and appreciate the slow wisdom with which his body is working. But it is honestly becoming hard not to worry.

Benji slept with oxygen tubes most of the night, following his crazy reaction to IVIG. He woke up often, but not for baths; instead he wanted Gatorade and lots of it. We both got a little bit more sleep than we had in recent nights past.

Benji’s fever came back this morning, and with it, more blood cultures. His blood was slow to draw from his port. He was shaky and miserable. His rash, still assumed to be viral, has spread to most of his body. We ran several oatmeal baths today, and put two rounds of hydrocortisone cream on the irritated square from the Aquagard. We continued to treat his thrush with Nystatin. After the first morning bath (during which I spilled the entire contents of a urinal), Benji seemed tired, down, and sore. It’s to be expected. His body has been through so much.

We were visited again today by members of our growing team of specialists, but we didn’t see our oncology team this morning at rounds. Instead, our nurses delivered the extremely disappointing news that Benji’s absolute neutrophil count (ANC) has dropped to a severely neutropenic 300.

The nurses came in to begin a round of Cefepime, the antibiotic of choice when a neutropenic child with cancer has a fever. It’s to rule out and prevent potential bacterial infection. Even though more antibiotics were something I desperately wanted to avoid, I fully understand and agree with the reason for this protocol. But I needed to hear that the dosage had been cleared by Dr. Mayer and the nephrologist. I know how dangerous some antibiotics can be to the kidneys. I asked the nurse to double check.

The ARNP, a woman with whom I’ve enjoyed a mutually respectful relationship since Benji’s diagnosis, came in to discuss the antibiotic, and she was clearly in a hurry. She seemed put out that I asked whether the antibiotic should be dose adjusted for renal damage. The exchange that followed left me feeling unable to speak up for myself. I was reminded of the work I did in the maternal health world, and the condescension so many women experience in a medical setting. I have the right to ask questions, and to get answers. I felt sad, really, because in the nine months of Benji’s treatment I’ve always felt like a respected member of the care team. At that moment, I felt like a burden. It did not sit well with me.

Eventually I got the simple answer I’d requested, and the Cefepime hung to drip. I also learned that Benji’s creatinine has dropped to 1.59, a very positive trend. Soon after the antibiotic was hung, the team came in to begin Benji’s second attempt at immunoglobulin infusion. This time they would premedicate him with three drugs, and set the IVIG to drip over seven hours at a much lower dose per hour. It worked.

It’s been a week now since Benji has eaten a meal. The conversation began today as to if and when to introduce Total Parenteral Nutrition (TNP), a cocktail of supplements Benji would get through his port. For several reasons, eating food at this point would be much preferred to this method. Food is much nicer to the organs and retrains the digestive system. We requested Marinol instead to try and boost Benji’s appetite. Throughout the day, he had a bite of sherbet, a spoonful of yogurt, half a saltine cracker. We were encouraged by the effort, but we know it’s not enough.

Michael took most of the day off today and so he could spend it with Benjamin. With his encouragement, we got Benji to spend some time on the couch, getting sunshine; it’s the only place he’s been besides the bed and the bathtub since we got here.

After Benji’s IVIG infusion was nearly complete, he took a nap, and Michael and I joined him. When we woke, Aunt Gana and Aunt Sarah arrived to visit their nephew. Benji slept for most of the evening.

Dr. Mayer had a very busy day today. She finally got a moment to come see Benji well after business hours were over. We went over several pieces of this mystery, and she shared ideas the team has been kicking around, including another potential antibiotic to treat a different kind of threat. Nothing is decided yet. She told us that kids like Benji are how textbooks are written. (Super.) What was clear from our conversation is that Benji’s paramount job tomorrow is to eat food. Aunt Sarah is spending the night, and she is already planning a quest for foods to entice him in the morning.

Benji’s fever has risen tonight to its highest since we’ve been here. The threats that brought us to the emergency room on Saturday have morphed into a set of circumstances we never expected. There are many new dangers, and I had a difficult time thinking clearly today. Tomorrow we have a mission. I choose to accept it. It’s time to get this boy strong again.