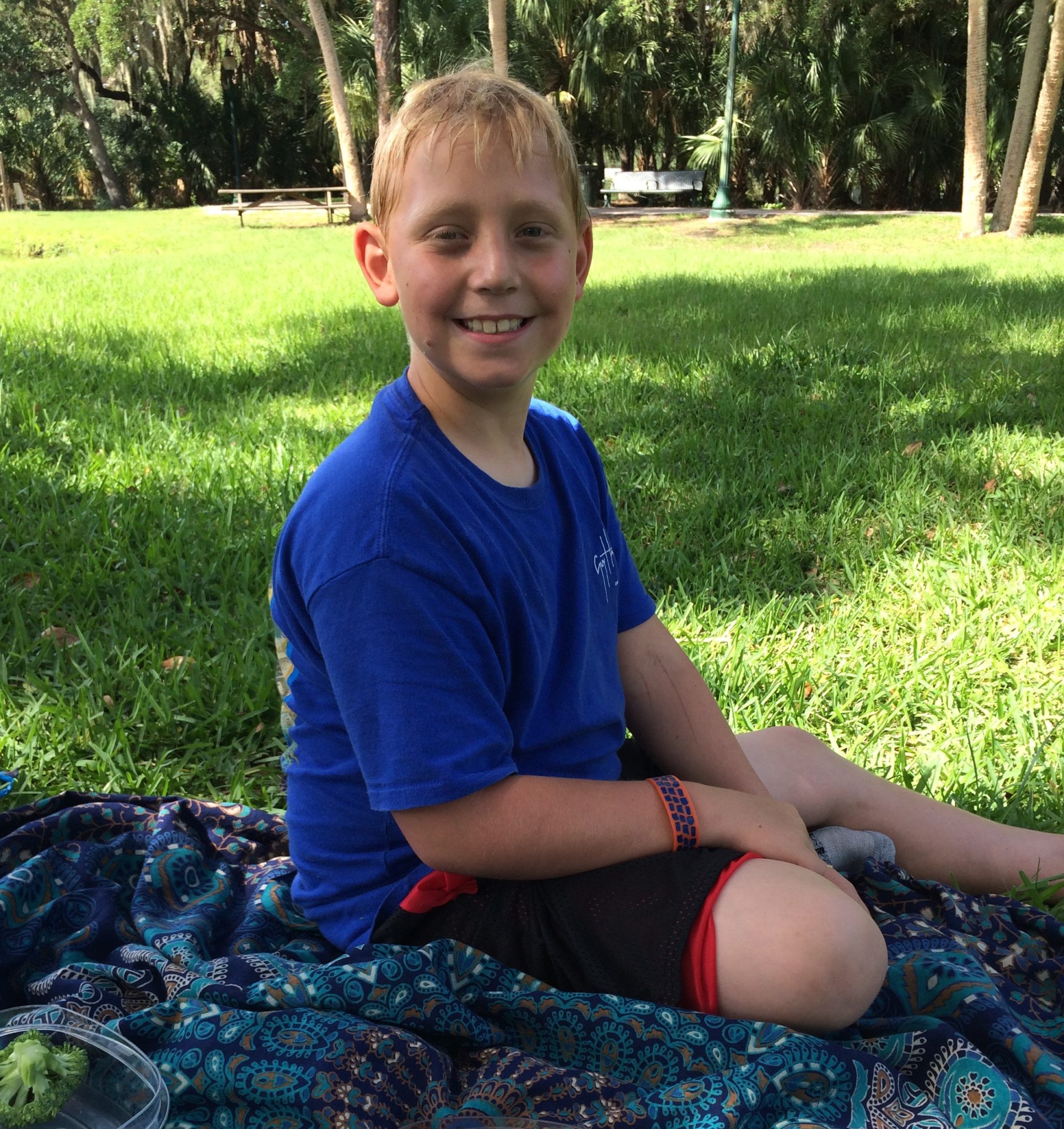 We picked Banyan up this morning from his sleepover, and met Michael’s mother in the parking lot at the kids’ primary care physician’s office. Banyan had an appointment that was long overdue (poor kid), and I didn’t want Benjamin hanging out in a doctor’s office where contagious folks congregate. Benji’s Grammy took him to a plant nursery–an infinitely healthier choice.

Banyan’s heel has been bothering him intermittently, so after his appointment, we went downstairs to Radiology to get a quick X-ray. The receptionist was wearing a mask, and coughing away. As I was signing Banyan in, I heard her talking with her friend about how sick she’s been lately (cough, cough) and how bad she feels. My initial response six months ago would have been sympathy. Today, it was anger. Like, boiling, seething anger. I don’t typically allow that to happen, so this woman became a sponge. Months of negative feelings were suddenly directed at her. I managed to make it through the visit without confrontation, even when she PULLED DOWN HER MASK to cough INTO HER HAND.

If Benjamin were to catch a cold now, his treatment pattern wouldn’t change. His immunity is back on the rise after stopping his oral chemotherapy yesterday. A cold would not impact his health any more than it would mine. But a fever would mean a hospital admission, quite possibly earlier than our scheduled Monday admission. It would mean more time in the hospital, more risk for infection, and potentially missing a huge weekend for our family and our community. All of these feelings were swirling in my head, and I couldn’t construct the proper way to communicate them to this receptionist without attacking her. I think I’ll write the practice a letter, without naming names, about the critical importance of staying home when sick, and properly wearing masks. It was such a stark contrast from the healthy vibe in the All Children’s Outpatient Clinic, where sanitizer and masks are at every corner and coughing people are quarantined.

So, Banyan and I washed and scrubbed and sanitized and met Benjamin and Michael’s sister for lunch. In the afternoon, I cleaned house while the boys played with our next door neighbors, who are among our dearest friends. These two young ladies, 12 and 15, are like sisters to them. They’ve all grown up together and we are so thankful for their friendship. While Banyan and Ellen played Monopoly, Emma took Benjamin on a bike ride to the park. They packed a picnic. He came home so happy.

Benjamin’s voice is still hoarse and he is a little pale, but his tummy troubles are gone and he feels like playing all day long. So that’s what we’ve been doing. As his neutrophil production is back on the rise, I will do my best to give him as much healthy food, water, exercise and rest as possible. And play. And sunshine. And laughter. These are the things that will build healthy cells.