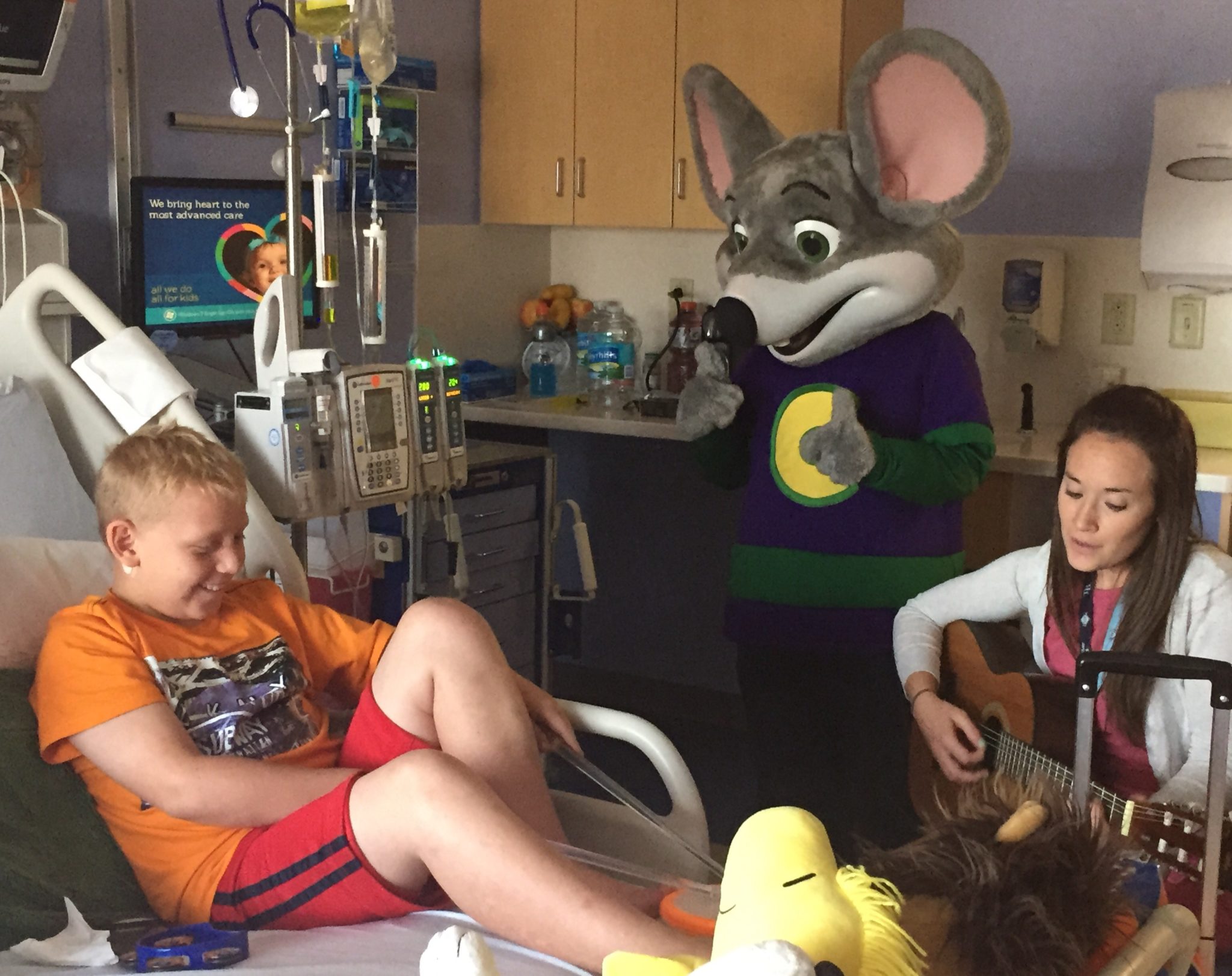 We both slept in this morning. Benjamin needed the sleep, with all of the medicine he is processing in his body. I did not fall asleep until well into the wee hours of the morning, and we didn’t wake up until the doctors came in for rounds today.

Benjamin’s output of fluid was not matching his input last night. At about 2am, our nurse told me he needed to expel 500 more cc’s before 4am. I did not want to wake him up. I dozed intermittently while watching the clock.

Finally, somewhere in the 3 o’clock hour, Benjamin woke up to pee. I grabbed the urinal and collected the bright yellow liquid. It was 500 cc’s on the nose. I set it on the bathroom sink, where I always do, and went to write down the output on the nurses’ board. I went back into the bathroom, and in my tired state, I proceeded to knock over the urinal. About half of the contents spilt into the toilet, miraculously. The other half…did not.

I donned the royal blue chemo gloves, grabbed some towels and alcohol wipes and got to work. In the aftermath, the towels looked like a package of yellow highlighters exploded on them. I almost caved to tears, but chose to laugh instead. The whole scene was fairly ridiculous. I slept well after that.

Benjamin was slow to wake up this morning, but I knew right away that this hospital stay would be different. His body was a little sore and he had no appetite until mid-afternoon, but he was flushing the medicine effectively and most importantly, he was feeling happy, and he wasn’t nauseous. Our nurse Heather suggested a pajama day. I think I have a new favorite nurse.

We played games, read books, and enjoyed a nice long session with Kelly, the music therapist. Michael’s schedule only allowed for a short visit today, but Benjamin enjoyed it thoroughly. They went straight to the air hockey table for a rematch while I took a much needed shower. Michael was relieved to experience Benjamin’s disposition–a night and day difference from this day two weeks ago. He asked me if I thought it was the switch to Kytril and Scopolomine that did the trick, or maybe the absence of the lumbar puncture. I told him I’d been asking myself that all day. We may have the answer in two weeks when we’re here again for an LP. For the time being, we enjoyed feeling grateful that Benjamin was comfortable and strong.

Benjamin’s Methotrexate dripped for 26 hours–the maximum time allowed on his protocol. His blood draw at the end of the administration showed a Methotrexate level of 46.94, considerably lower than last time. I was encouraged by the number and allowed myself the thought that maybe it would mean a sooner discharge. Everything was going so well.

Benjamin ordered macaroni and cheese with a side of broccoli for dinner, but when it arrived, he didn’t want any. I don’t blame him. It looked awful. I made him a peanut butter and jelly sandwich and he gobbled it up. He asked for another. I happily obliged.

With his belly full and his medicine finished, Benjamin wanted to take a bath. Our night nurse agreed to give him a few minutes without hydration while she changed his linens. In order to leave his line unhooked, she had to inject it with a small amount of heparin to prevent clotting.

The heparin being pushed through the line was too much for Benjamin. Even though he’s had it over a hundred times now, I think the feeling triggered a physical memory of the saline flushes that caused him such trauma last time he had high dose Methotrexate. He vomited. I felt terrible for him, and instantly guilty, as if I had allowed this to happen.

The bath made Benjamin feel better, and I took a moment to return to reality. The measures we were taking were working. I rationalized that based on his behavior today, this would most likely be an isolated incident, just a result of the heparin–and it was. We will consider this next time we ask for a bath. The heparin flush can also be done way more slowly. We are still learning, and this second experience with the Methotrexate was far better than the first. We snuggled into clean sheets to watch a movie, and he is sleeping peacefully now.

Tomorrow Benjamin will begin receiving Leucovorin to detoxify his body and regulate his folic acid. His blood will be taken at 11am and again at 5pm. If the Methotrexate levels dictated by his protocol are met, we could be home as early as tomorrow night, though experience warns us not to expect it. As long as Benjamin is happy, I’ll be happy up here on the seventh floor. We’ll have music playing early tomorrow morning. Everything will be alright.