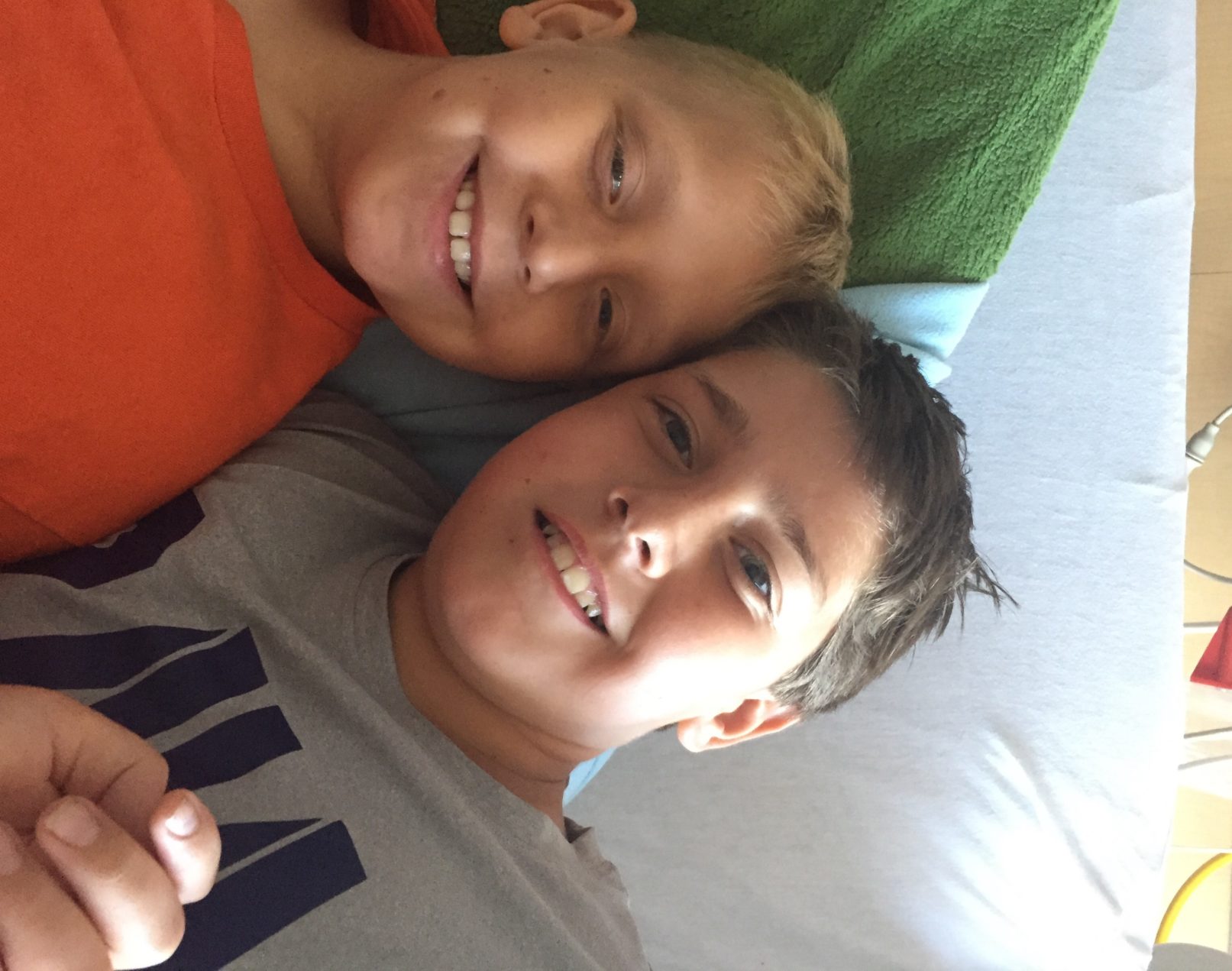 We slept well last night, but the morning was difficult. I had hoped that Benjamin would wake up hungry. Instead, he vomited again. Our night nurse had a notion that perhaps the saline flush used each morning during his blood draw was kicking off his nausea. I hoped she was right, and that it was another isolated episode. It wasn’t.

After another meeting with the oncology team during rounds, we agreed on a one time low dose of dexamethasone, the same steroid used during induction. I was reluctant. Intuitively I didn’t think this would do it; a steroid didn’t seem like the answer. But the team said they’ve had success with some patients who use it in combination with Zofran, and since he’s had it before, I wasn’t concerned about adverse effects. We resumed around-the-clock administration of Zofran, and the dexamethasone was hung to drip as Benji took a long midday nap.

The combination wasn’t effective. Benjamin woke up in the afternoon and just felt yucky. He didn’t eat, he didn’t drink, he didn’t get out of bed. My decision making felt cloudy. I was confused. He felt so much better yesterday, well enough for me to feel comfortable leaving for a few hours. Why the decline today?

I started asking more questions in the moms group, trying to find some clarity. When I saw a trace of blood in Benjamin’s vomit this afternoon, I called the nurse immediately and asked for Marinol.

The nurse attributed the blood to a burst vessel from so much vomiting, and agreed that Marinol was the best option. The medicine worked quickly. Benjamin’s spirits lifted and his nausea dissipated. My hopes were high when he entertained the idea of possibly eating dinner, and when Michael and Banyan arrived, he was the happiest I’d seen him all day. But soon, Benji melted into the pillow again. The idea of food was off the table. Sips of water were hard to persuade. He rested in Michael’s arms.

Since Benjamin passed the 48 hour mark yesterday without clearing the methotrexate to a level of 0.4, he now has to clear it to 0.1 in order to be discharged. Our nurse came in for his evening blood draw and we discussed our options. Benji hasn’t been hydrating on his own. He’s being sustained intravenously, and he continues to receive the Leucovorin that is helping flush toxicity. Still, we need to feel confident that flushing will continue when we leave the seventh floor. The nurse planted the seed that it might be wise to stay another night, regardless of the number we got back. Michael and I discussed it as we waited for the results. We both felt the same way.

As much as I look forward to the night we are all at home together, I was somewhat relieved when Benji’s blood report came back with 0.26 methotrexate toxicity. It makes me question his continued discomfort a little less, and we have a little more time to transition him to hydrating fully on his own.

It seems each phase brings a new enemy, a new bully that threatens to permeate our resolve with fear. Today while I was seeking clarity, I slipped and let worry in. I wondered how much more of this Benjamin’s body could take. I wanted control. I started busying myself with more research, more studies, more online questions. It wasn’t satisfying.

I put myself in check and recommitted to being fully present for Benjamin the person, not Benjamin the diagnosis. We read several chapters of The BFG. I sat by his side and folded the origami animals of his choice. I watched him play games on his tablet and we chose movies together. I validated his pain and continued to praise his monumental efforts. When I stop and watch Benjamin handle this experience, it gives me everything I need to handle it beside him.