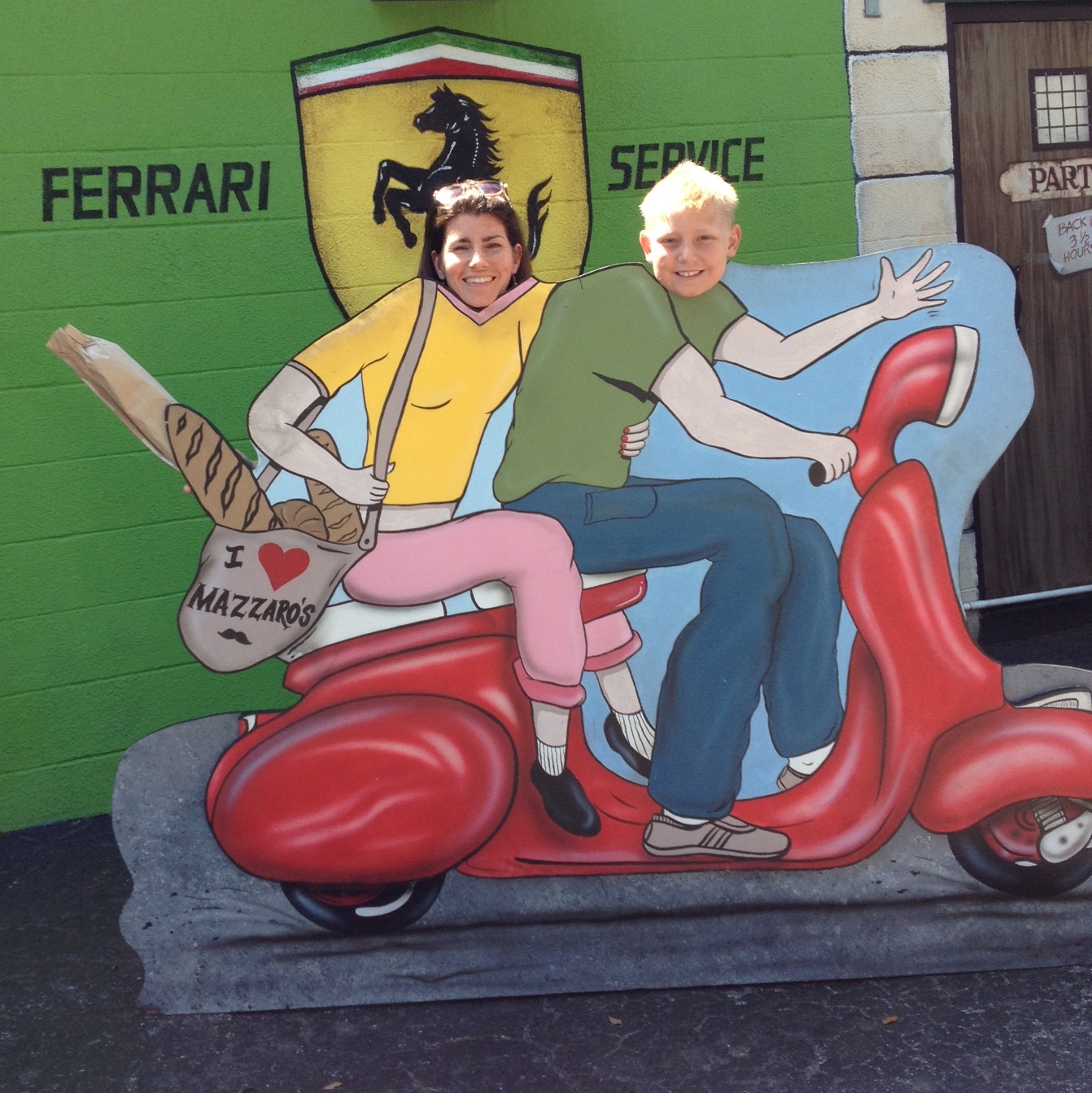 We woke up well before the sun this morning. Michael took Banyan with him to his Monday breakfast meeting before dropping him off at school, and Benji grabbed a favorite pillow and blanket, and loaded up in my car to head over the bridge.

Before we left, Benjamin said he felt nauseous. I gave him Zofran at 6:20am. I wondered for a second if this was anticipatory nausea. Benji doesn’t act nervous at all, not a bit, when returning to clinic; but the timing gave me pause.

Perhaps it’s a deeper feeling than he can outwardly show. I don’t know. I do know that I unexpectedly felt like crying when I put the numbing cream on Benji’s port site, preparing him to be poked with a needle in the chest again. Maybe we both just sit with these feelings at the beginning of a new week. It’s another Monday after a weekend of normal. A fresh reminder that it isn’t a dream.

On the downward side of the Sunshine Skyway, I saw three dolphins jumping under the sunrise in Tampa Bay. I learned a long time ago that dolphins are a sign of adaptability. Of rolling with the punches. Of laughing in the face of turbulent waters. Point taken.

We saw a new doctor today, Dr. Reed, and Benjamin and I both liked him instantly. Benjamin had his port accessed and a complete blood count was drawn. I was surprised to see that his absolute neutrophil count (ANC) was up to 988. Dr. Reed assured us that by week’s end, Benji’s counts will drop, reflecting the nadir periods from last week’s chemotherapy. He’ll get another blood draw on Thursday, going into the long weekend, so that we can act accordingly.

While we waited for the pharmacy to deliver the medicine, Benji completed the day’s schoolwork, and we watched the Food Network, plotting a frittata sandwich for tomorrow’s breakfast. By the time the nurses came with his Cytarabine (Ara-C), it was 10:30am. It was too soon for another dose of Zofran. The drip began, and fifteen minutes later, we were sent home.

My dear friend happened to be in St. Pete today and took us out to lunch at a funky Italian market. Benji had a great time and enjoyed a delicious sandwich. It was such a treat. He felt terrific. We got a loaf of bread and a bottle of hot sauce for Michael, and headed home. Once in the car, Benji leaned his seat back and took a nap, almost immediately.

Benjamin woke up when we were off the highway and back in Sarasota. With dire urgency, he said he felt nauseous, and I pulled off the road. I fumbled in the big canvas bag and got his Zofran ready. He swallowed it, then vomited in the front seat. I felt terrible. I felt responsible. I should have given him the medicine at lunch, six hours after this morning’s dose.

Half an hour later, Benjamin felt nauseous again. I knew that he hadn’t had time to absorb the last dose of Zofran I’d given him, and I decided to give him another. Within seconds, he vomited again, this time in the back seat, just blocks away from home. He apologized, an act I made him promise never to repeat again.

I called the nurses at the clinic, and we made a plan. I knew that while vomiting during the day made Benji extremely uncomfortable, it would not harm his treatment. But vomiting shortly after his nightly dose of 6MP could throw a serious wrench in things. We decided to give him Benadryl, a surprisingly effective anti-nausea medicine, half an hour before his dose of 6MP. This would ensure he’d absorb the oral chemo.

When we finally pulled into the driveway this afternoon, I helped Benjamin out of his clothes, put Press n’ Seal on his port site, and started a detox bath for him. Once he was dressed and situated with a movie, I strapped on some latex gloves, and started cleaning my car. I called Michael to fill him in on the day’s events. He happened to be downtown for a meeting. Within ten minutes, he was home, switching his car keys with mine, and driving my car to be washed on his way back to the office. Chivalry, however dramatically redefined, is very much alive in this house. How I got so lucky, I will never, ever know.

With my car gone, Banyan not yet home from school, and Benji comfortable, I acted on an inexplicably strong urge to clean. I purged all closets. I gathered a trunkload of clothes to donate. I scrubbed the kitchen. It was extremely therapeutic.

There are always blessings. Once Benjamin felt better, he ate a healthy dinner, and spent the evening running at full speed down the street with his friends. The weather was gorgeous. While outside watching him, I had no sooner thanked one neighbor for her gift of fresh backyard eggs than another neighbor’s friend delivered a dozen more, fresh from the coop. We are so well taken care of.

Now, I write this as I watch Cancer: The Emperor of All Maladies on PBS. It is painful to watch, but impossible to view without overwhelming gratitude. I give deep, reverent thanks to the minds that have collaborated and persevered to develop this regimen of medicines that is healing our boy.