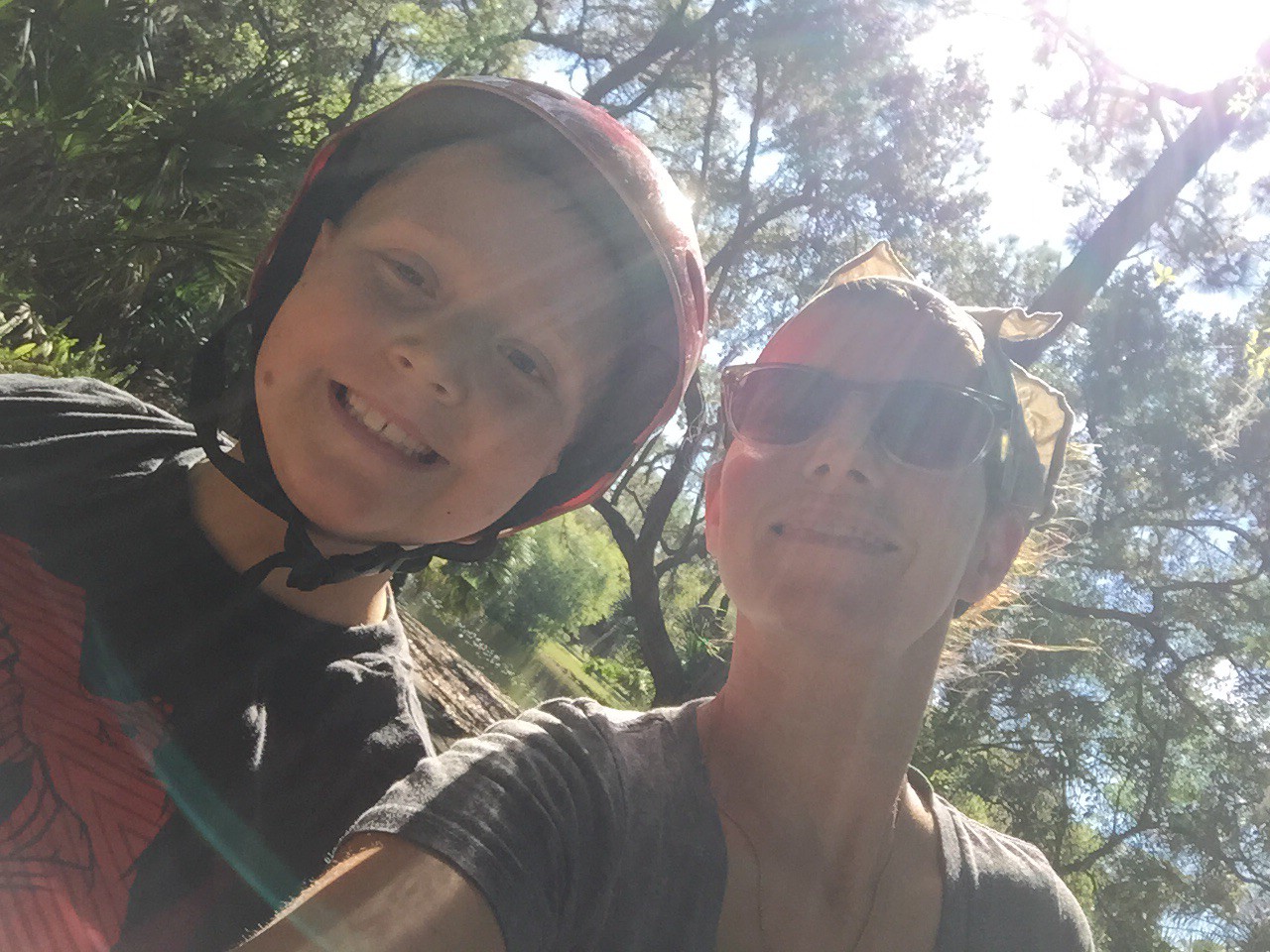 I couldn’t sleep last night. I think it’s because I’ve been reading too much. The Emperor of All Maladies is a fascinating book, and one that makes me extremely grateful to be living in this century. I can’t put it down but it leaves my mind spinning. On top of that, before going to bed, I browsed the blogs of several other mothers of children who were diagnosed with leukemia around the same time as Benjamin. It was a bad idea. Some were uplifting, practical and validating. Others were…not. Sleep evaded me and was replaced with many of the negative thoughts I’ve been so successfully rejecting these last two months.

After the fitful night, waking early was a relief. I walked the Ringling Bridge with my dear friend, then came home and made a nice big breakfast for Banyan, who had a two hour writing exam this morning. My lack of sleep showed up in several places throughout the day; the first was in the kitchen. Although I researched forever ago that grapefruit is contraindicated with Vincristine, I offered Benji a big juicy wedge of it. Fortunately, Michael had my back– “Didn’t you say that he shouldn’t have grapefruit with Vincristine?”–and so did Benji’s changing taste buds. He spit it out. I gave thanks for my husband’s quick thinking, and chastised myself. Sleep is of paramount importance right now. I can’t allow myself to lose it.

Banyan went to school and Michael to work, and Benji and I started our day. He wanted to ride his bike. I walked the dogs as he rode beside, then he asked for a longer expedition. “Can you make it to the park?” I asked. “Mom, I’m on my bike. I could make it to the Sunshine Skyway.” So off we went.

Benji had such beautiful energy in his body, and I could tell he was reveling in it. A hawk flew overhead at one point, and he wanted to chase it. We explored the woods in the park, and were stopped by a creek; he wanted to make a ramp for our bikes so we could cross to the other side. He had a serious sparkle in his eye. It was a joy to be with him.

Halfway home, Benji got extremely tired. We stopped several times. By the time we made it to our street, I worried I’d pushed him too far. He looked pale, and we were out of water. But he made it home proudly. I told him yet again how much I respect him for listening to his body. He knows when it needs to move, and knows when it needs to rest. He makes it easy to follow his lead.

For the rest of the morning and early afternoon, we were busy organizing. While he finished up some math and reading, I upgraded my hospital binder and created a new binder for his schoolwork. His teacher will visit us tomorrow afternoon. I think she’ll be pleased.

I ran to the grocery store for a few things after dinner tonight. When I returned, Benji hugged me, and I felt his cheek on my face. It was warm. I raced for the thermometer. Michael saw me. He said he’d felt the warmth too. I sank inside. I realized at that moment, when faced with the potential for another hospital stay, how deeply tired I am. We took his temperature and waited with held breath. I’ve never been so happy to see a 98.6.

Tomorrow Benji will get his fourth round of Erwinia shots. It’ll just be the two of us. He’s already thinking about it. He asked, as he was falling asleep, “Mom, if you’re driving over the Skyway, how will you put the numbing cream on my legs?” Before I could answer, he said, “I can do it. I know where, I watched the nurses.” I have complete faith that he will do it perfectly. He will listen to his body, and know just what to do. I’ll just follow his lead.

Here’s to a good night’s sleep for all.