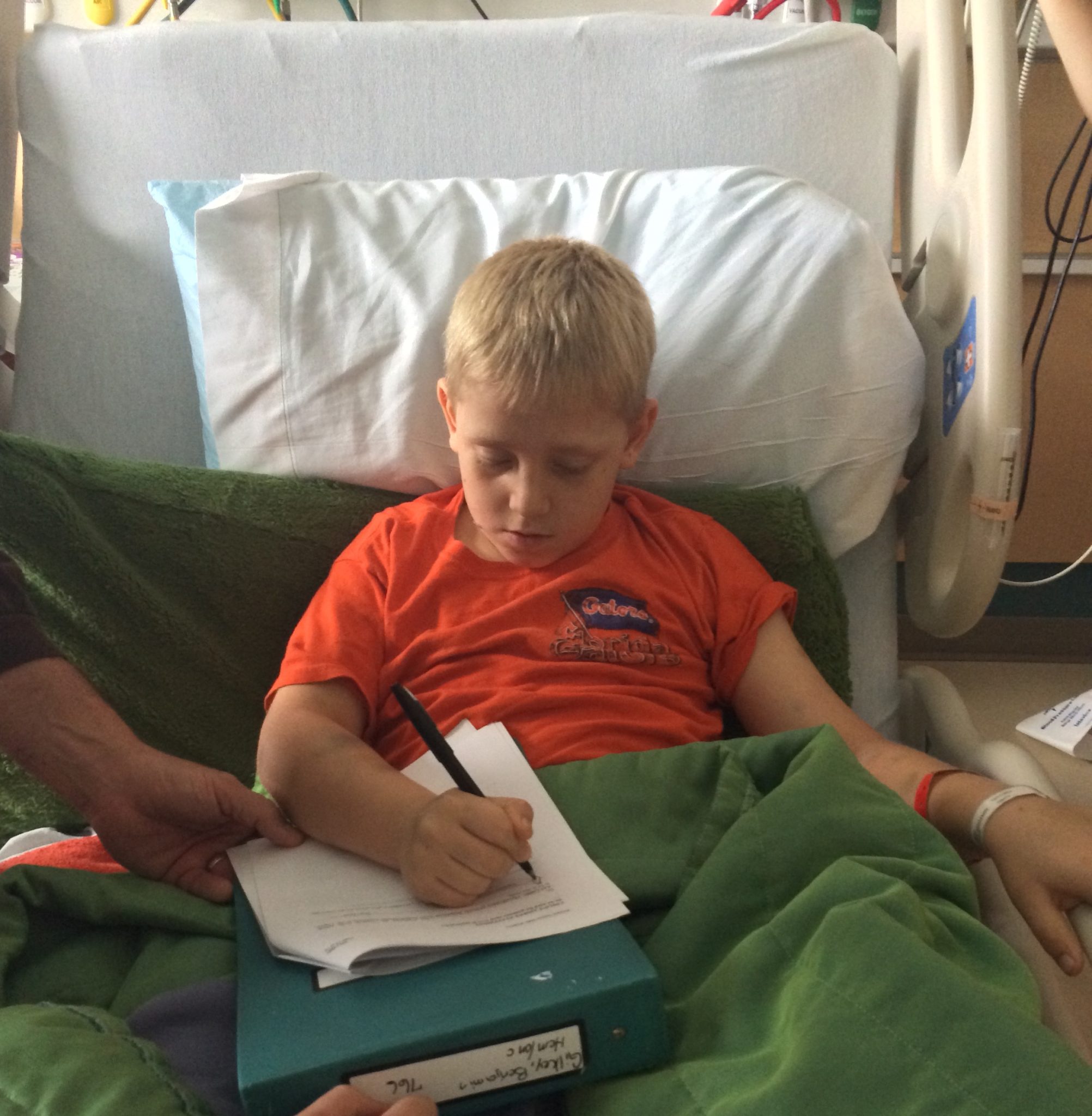 Four words I never thought I’d say: HOORAY for Leukemic Mouthwash! This morning the imaginary “cracks” in Benji’s mouth felt worse–kind of a repeat of yesterday, but intensified by hunger, and by being poked and prodded for a week. After much deliberation, he decided to be brave (a frequent occurrence) and take the numbing liquid, even though the idea of one more medicine was just about more than he could take. He was rewarded instantly with a palate that matched his appetite, and he took down a grilled cheese and French fries from the cafeteria–allegedly the best in the world. His spirits lifted.

Another thing about Benji. He’s advocating for himself. We’ve told him there are some things that aren’t choices right now, like taking certain medicines, because they’re too important. He knows words like risk and benefit. But we’ve also told him that his body belongs to him alone. He has learned to ask kindly for axillary temperatures when his mouth hurts, and oral temps when his arm hurts from his port. He negotiated a different timing on one of his medicines so that he wouldn’t be woken up at midnight anymore. When the nurses redressed the site of his Medi-port today, he addressed his fears from a few nights ago, and participated fully in the way things were done. He signs his own informed consent forms. It makes me so darn proud.

We did not have to have a blood transfusion today, as Benji’s hemoglobin actually went up a little. He’ll get platelets tomorrow for sure though, to prepare him for Friday’s procedure (he will go under anesthesia again for another spinal fluid draw and intrathecal chemotherapy). He’ll also have another dose of Vincristine. If all goes well, we’ll be home this weekend.

We asked many more questions and met a few more new people to talk about adjusting to treatment at home. It’s hard to comprehend that we’ve only been here a week. It’s hard to comprehend we may only be here another night or two. We know we will be back many times. But for now…I can’t wait to tuck this boy into his own bed, and to collapse into mine.

(By the way, we received many more cards and gifts today. We have to leave soon, we are rapidly running out of wall space. We thank you ALL, so deeply, for your gifts, blessings, thoughts and prayers.)