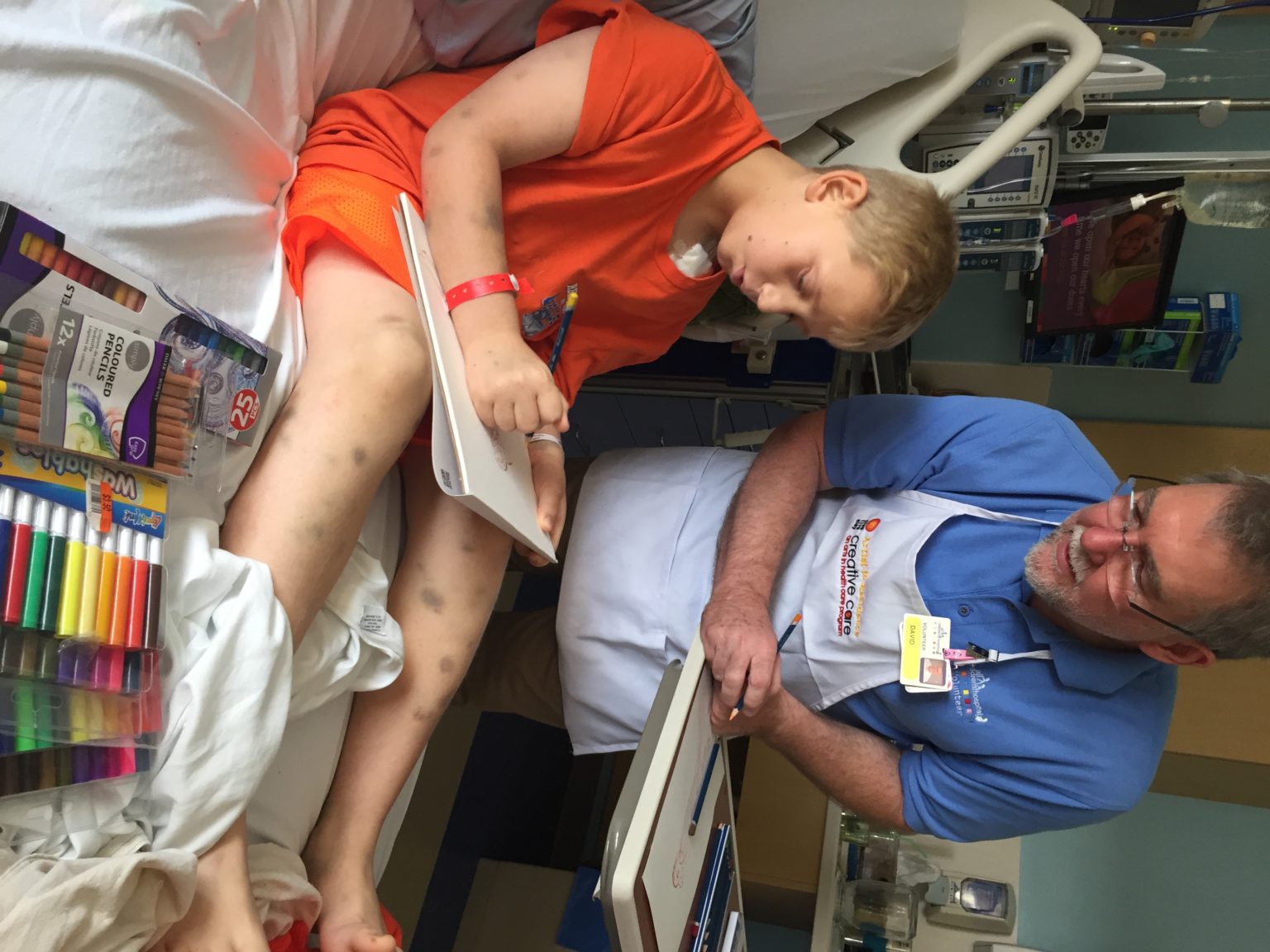 Day 7 of treatment. Contemplating a lot tonight on what a difference a week makes.

If all goes well, tonight will be the last night we spend in this room. I’ve packed almost all of our things, though the cards still line the walls and our altar and prayer flags remain. I won’t rush it though; we’ll go home when Benji’s body is ready. Suddenly there is a slightly elevated temperature we’re keeping an eye on. It’s not an official fever yet so we’re hoping it’s just the result of an active night following a pretty still day. If it settles itself down, we’re on schedule for another dose of vincristine chemotherapy in the morning and a spinal draw with intrathecal chemo in the afternoon. He’s getting a platelet infusion any minute to get his counts up for the procedure. This seems normal to me now. A week ago, it was the most foreign concept I’d ever considered.

The leukemia mouthwash really did the trick. This morning Benjamin ate bread with cream cheese, smoked salmon and capers. Twice. The nurses really wanted him hydrating himself on his own, without the help of the IV fluids, so for the most part he was “off the hook” today. We played games, did crafts, he even got some painting time in with a nice volunteer art teacher. Until the evening, he didn’t want to walk much; he said he felt wobbly. This could be low hemoglobin. It could also be the medicine coursing through his body, or the cancer itself. So hard to know. Because we are optimally looking homeward, he’ll get a transfusion if his hemoglobin dips much further. All of this will have to be timed with the vincristine and the spinal. So much going on in such a small body.

This is our ninth night here in this room on the 7th floor. I have learned so much I never wanted to know during this span of time. A week ago tonight I felt annihilated. Flattened. Lost. After watching Benjamin the Brave take on challenge after challenge, and witnessing his body respond beautifully to treatment, I feel fortunate. I feel grateful.

It sounds crazy to feel grateful when your son has leukemia. But tonight, while waiting for some dear friends to bring dinner, I decided to attend the weekly support group for parents of kids on the floor. There were seven other parents there. One had a one year old with Stage IV liver cancer. One had a five year old who’d had three ribs removed along with a huge sarcoma. One was a single parent whose son had just undergone a bone marrow transplant. There was a mother from Mexico who is here caring for her daughter, while her three sons are at home–including a four month old. A daddy was awaiting the results of a bone marrow aspirate on his seven month old son, suspected to have a rare and serious kind of leukemia. The last couple to speak was afraid that their ten year old–a girl in her third round of chemo for a malignant brain tumor–may be giving up.

As I walked back to our room, where my son was never alone, where another hot meal was coming, where blessings literally line the walls, I could not help feeling grateful. We have a long journey ahead with an insidious disease, but our prognosis is positive. Benjamin is amazing. Our family and our community are lifting us over this bridge. Clearly, we are fortunate.

I took some notes in the support group, some words of wisdom from other parents. Here are a few: One day at a time. Foaming hand sanitizer dissolves surgical tape. You can’t plan anything. Aloe juice helps soothe the sore mouth of a chemo patient. And, take your blessings when you find them.