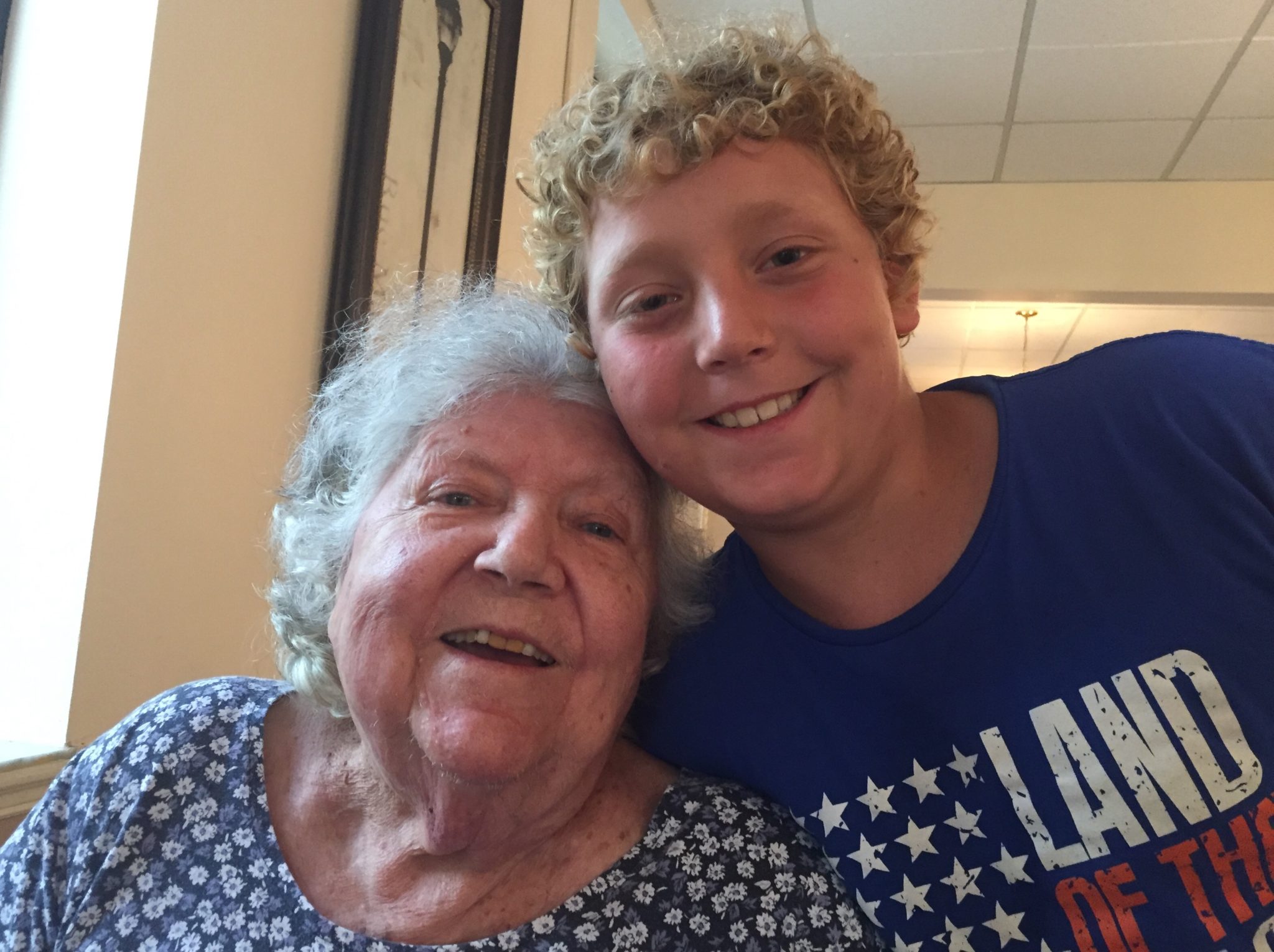 Benji and I started playing Pokemon Go today. I knew resistance was futile; nearly every kid we know is playing it (except for Banyan, who is blissfully unaware of the phenomenon up in the north woods of Wisconsin).

We also had other motives for playing: exercise, and placing lures at All Children’s. We took two long bike rides today searching for the little critters. And by the time we return for Benji’s next appointment, we’ll have earned lures that we can drop on the oncology floor, so the kids there can play the game too.

This afternoon we paid a visit to Michael’s grandmother, who is healing in a rehabilitation nursing facility. We sat with her in the dining room as she ate her chicken parmigiana. The room was full of people in wheelchairs, in various stages of mental or physical decline, in the later chapters of their lives. It struck me that those who were vocal during our stay revealed moods that fell into extremes. There were folks who were angry, or afraid, or sad. But some people were smiling, almost constantly. Looks of joy and peace on their faces. I can only imagine they’d lived their lives with optimism, hope, and gratitude.

Fortunately Grandma’s was one of the smiling faces. She was so pleased to see Benjamin and he treated her so sweetly and respectfully. We had a nice visit and we plan to go back later in the week.

We got our first letter from Banyan today, and one from his counselor that said, “Banyan brings the kids together, creating good energy across the cabin and the whole division.” I can see his smiling face now.