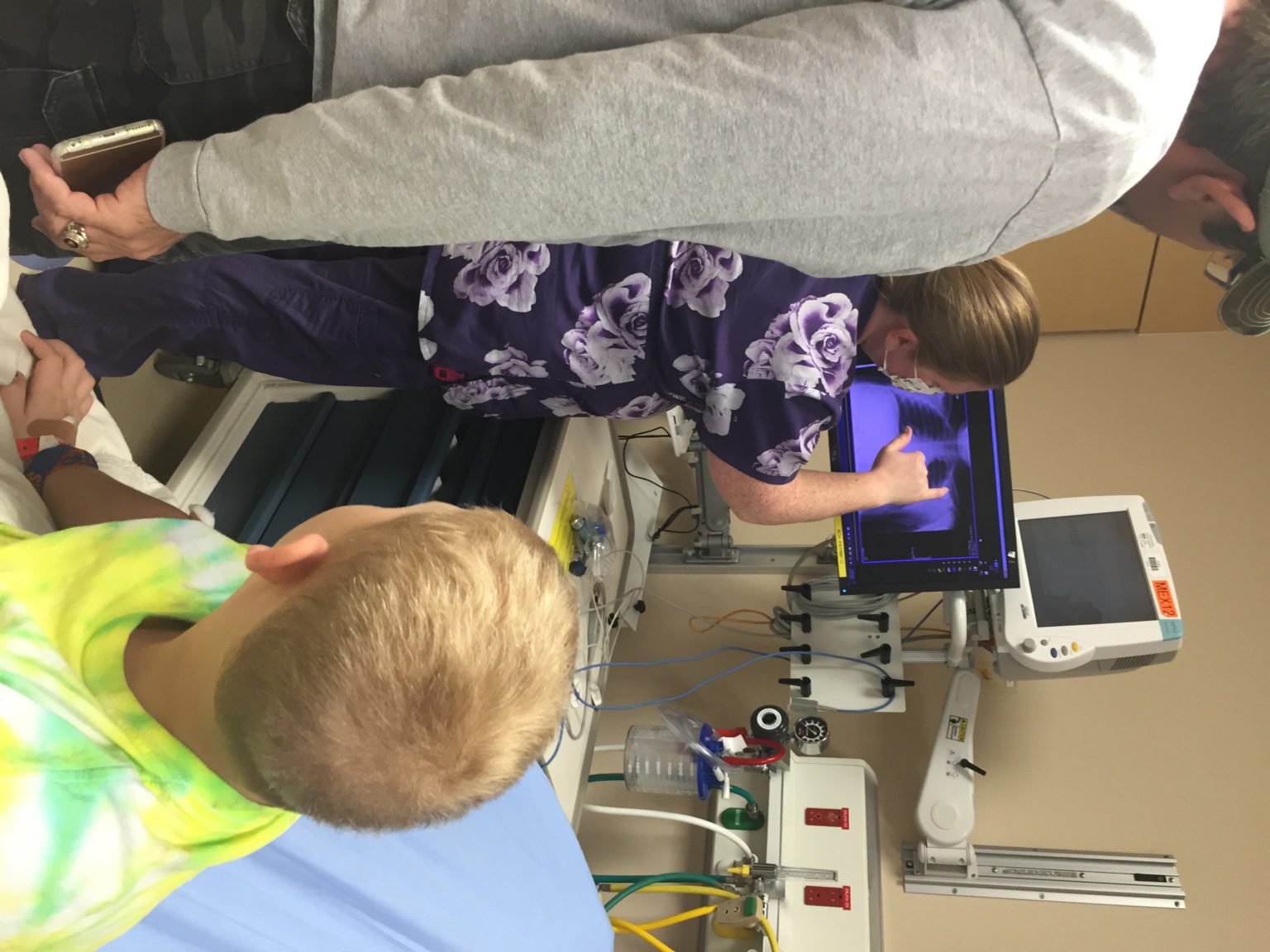 We went to the emergency room this morning.

Last night, Benjamin’s fever rose to 100.8. We thought we’d have to head north in the wee hours. We checked his temperature around the clock. At one point, my hand met Michael’s on Benji’s forehead, as we slept on either side of him. At about 2:00am the fever started to go down, and by 3:00am it was normal. We woke up giving thanks for Benjamin’s amazing body. It fought as hard as it could without compromising the sleep we knew he needed.

As the morning went on, Benji’s fever rose again, and by 10:00am it registered the 101F that guarantees a trip north. I was extremely proud of my boys for taking this news in such fine stride. The phone calls and bag packing began. I was kicking myself for not having done this sooner (I hadn’t wanted to jinx us). We hurriedly prepared for a hospital stay for three, and got Banyan ready for a weekend with Grammy and Noni. Our total temperature-to-truck time was 45 minutes. Not bad, all things considered.

As soon as we went through triage in the ER, we were given a room in “protective isolation,” due to Benji’s low immunity and high risk for infection. Everyone that enters puts on a mask and a gown. Lots of tubes and vials everywhere. It’s a daunting looking place.

Benji had a complete blood count drawn as well as a peripheral blood draw (after two pokes–poor guy) to rule out any infection in his port or bloodstream. He also had a chest x-ray to rule out pneumonia, an albuterol treatment to relieve his cough, and a swab to check for different viruses. His X-ray came back clear, and the nurse took the time to show Benji his port, and the line to his heart. His blood count showed that his absolute neutrophil count is still profoundly low, and his hemoglobin had dropped below the transfusion level. We were admitted, which we expected, and went back up to the 7th floor. We have a different view this time. No Sunshine Skyway, but we can just see the Rays’ stadium from our new window.

Benjamin’s blood cultures are negative for bacteria so far, though some strains take longer to show up than others. Until they’re negative for 48 hours, he’ll get prophylactic antibiotics. His virus swab came back positive for rhinovirus (the good old common cold) and nothing else. His fever persists; with such a low neutrophil count, his body has to work much harder to fight.

So, we’re in the hospital for a common cold. But because neutrophils fight infection, and Benjamin has hardly any neutrophils, all other possible sources of fever must be ruled out. Also, his hemoglobin and platelet numbers were lower than necessary for anesthesia, which he will need Monday for his lumbar puncture with Intrathecal Methotrexate. So he needs transfusions to avoid delaying chemotherapy. He got packed red blood cells a few hours ago. He’ll get platelets tomorrow.

We will stay inpatient at least through Monday’s lumbar puncture, intravenous Vincristine, and Tuesday’s PEG-asparaginase. Then, we can go home once he meets three criteria: his blood has remained negative for bacteria for 48 hours, he’s been fever-free for 24, and his neutrophil count is above 200 and rising.

Hospital stays like this are extremely common after an Ara-C cycle; they’re a near guarantee. Perhaps I was naive to think we could avoid one. Still, it’s hard not to second guess my every move. Did Benjamin get this cold from the clinic? Could Banyan have brought a bug home from school? Should we have skipped that trip to the library?

Of course it doesn’t matter. He could have picked it up anywhere, once his counts were suppressed enough. It’s another balance we will have to find: one between putting our boy in a bubble, and making his life away from leukemia as normal as possible.

As I walked to the 7th floor microwave to heat water for tea, I saw our old room, empty, with the door open. I probably wasn’t supposed to, but I felt compelled to walk inside and look out the window at the lights of the Skyway. The tears took me completely by surprise. I’ll never forget watching the New Year’s Eve fireworks from that window in total shock. We’ve learned so much. When we lived in that room, our neighbors were in protective isolation. We wondered why the nurses had to suit up and wear masks. Now, that’s our story. This isn’t our first time on the 7th floor, and it won’t be our last. We have a long way to go, but we will get there. We are getting there. One step at a time.