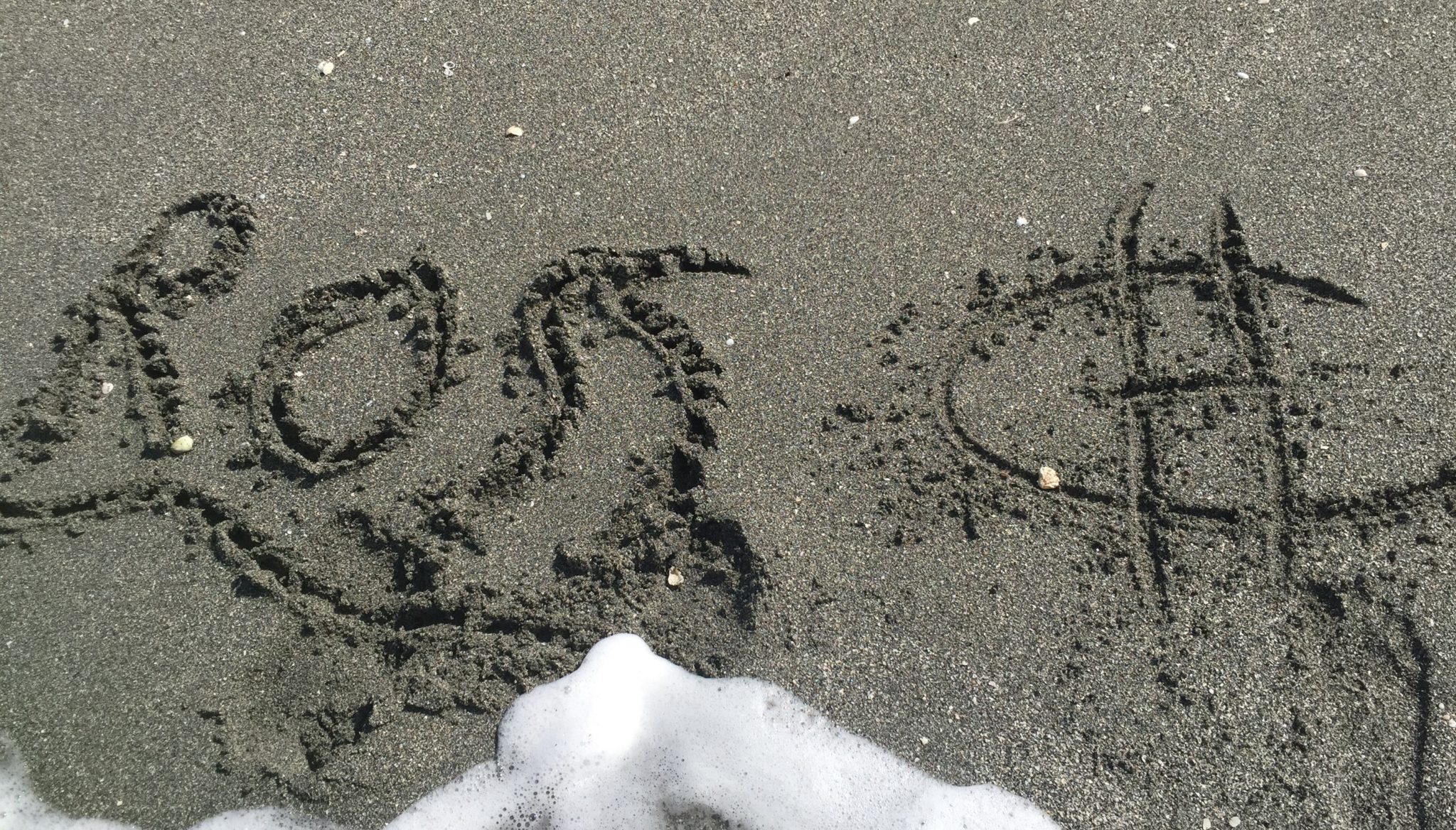 Our friend Ross–senior camp counselor, and concierge to Banyan’s last three summers of adventure–has passed away. It has been less than three months since his diagnosis with stomach cancer.

The last cold snap is behind us here in Sarasota. The new growth on the oak trees is pushing its way out. Our yard is covered in reminders of spring’s arrival. I processed the news outside, crunching these leaves beneath my feet before walking back into our house. It’s Spring Break, and our boys were playing happily. I asked Banyan to join me out front. I told him, directly.

I watched my son’s face as he thought of his friend, the man who embodied Camp Highlands for him, the one who took him to his magical summer refuge. His reaction was so pure and empathetic it unleashed my own response, and we held each other, crying. Banyan felt sad that Ross would never hear the words we recorded for him. I assured him that the energy of those words was felt. I feel so grateful that Banyan spoke them before his friend passed.

Banyan retreated to his room, donned his Camp Highlands hat, and read on his bed. He said his stomach hurt. Benjamin asked what was wrong, but his face told me he already knew. I made sure to emphasize to both children how very different Benji’s kind of cancer is from Ross’s cancer. How “cancer” is an umbrella word for so many different kinds of abnormal cell growth. How Ross had an inoperable tumor, and Benji had no tumor at all. They knew this already. They know so much already. Benji totally understood, and his face showed no fear; only concern for his brother’s unusual behavior.

It’s hard to process grief at any age. To know how to behave. Once Banyan started feeling better, and started to laugh again, I would catch him remembering. I could see that he thought he was supposed to feel a certain way, or display a certain level of sobriety. I reminded him that this was not the case. That all of his feelings were acceptable provided they were authentic, especially happiness and joy. It’s Spring Break! Joy is acceptable! I’m quite sure Ross would agree!

At dinner tonight, Banyan sat up a little straighter. He was thoughtful and funny and considerate with his words. He offered to grab us all a glass of water when he went to the kitchen for his own. He included Benjamin in every game he played today, without prompting. He cleaned his room. The philosophy of Camp Highlands is “I’m Third.” Highlands men are taught to put God (however known to you) first, others second, and yourself third. Banyan’s friend and counselor lived this philosophy. Tonight, I saw it in Banyan.

The camp director and his wife are dear friends of ours. When Benjamin was diagnosed they sent me an enormous canvas bag with the camp nickname, Cahibo, embroidered on the side. It became my hospital bag. It carried the binder, the books, the toys, the numbing cream, the dressing, the tape, the thermometers, the medications, the oils, the bracelets, the beads, the everything. I don’t have to carry the bag anymore, but it still contains these things. Tonight I retrieved from it Benji’s numbing cream and dressing. We go to the hospital tomorrow.

Benjamin will have his port accessed (he is already a little apprehensive). He will have his blood drawn and a comprehensive panel taken. From these numbers, our oncology team will determine whether his current dosage of oral chemotherapy needs to be increased or decreased. I am expecting an increase, as his absolute neutrophil count (ANC) has been high the last two months. As long as the numbers aren’t too low (which they won’t be), Benjamin will then get his monthly dose of intravenous Vincristine, and we will refill all prescriptions to last us until the next visit in April. I hope to see Dr. Oshrine, and have some of my recent emailed questions answered.

Before we leave St. Petersburg, we will deposit a load of donated toys to All Children’s, and stop by the Infusion Center with rainbow stars for their big bay windows. Then we will get a Reuben from the Fresh Market, per Benji’s request, and we will come home. I will think of Banyan’s friend. I will ask why, then I will remember not to ask why. And I will give great big thanks, again and again, for healing.