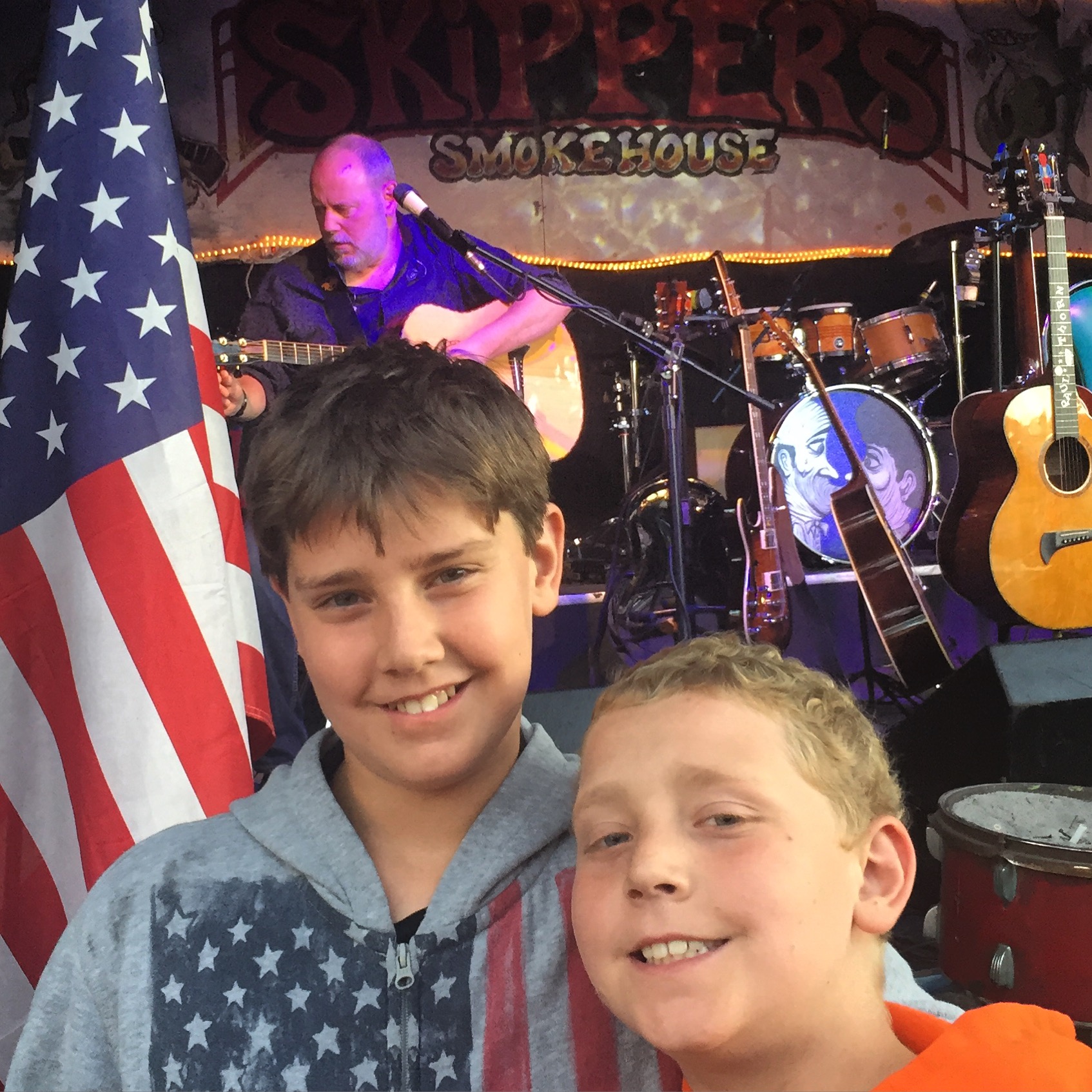 I am proud of so many familial influences in my sons’ lives. From their multi-faceted family they are absorbing the ideals of lifelong learning, of fierce loyalty, of fun and adventure, of kindness, of taking care of one’s tribe, of time honored traditions, of hard work, of spiritual practice, of service, of discipline, and of many more noble things. Today, they were influenced by artists who work hard to share their craft with the people who appreciate it.

First, we visited Aunt Sarah at the Downtown Art Festival. Her handblown treasures were looking exceptionally vivid in the midday February sunshine. Benjamin especially was interested in the process of boxing, packaging, and helping to sell her wares. She moved quickly the entire time we were there, and so did her artwork. It was inspirational.

Then, we packed up our jackets and kids and drove north to Skipper’s Smokehouse, a popular community radio venue up in Tampa, where the Paul Thorn Band was playing tonight. My uncle Bill is the lead guitarist for the band. The last time they came to Florida, we had to sell our tickets because Benjamin was in the hospital. Tonight, we weren’t going to miss it for anything. We know Paul, and we knew he’d tell a few off-color jokes and throw in some shady innuendos. We didn’t care. Banyan and Benji got to go to a bona fide rock concert. They got to witness their great uncle set up for the show, play several different kinds of guitars with unmatched skill, and load everything up when it was over. It was a labor of love.

Several members of the Paul Thorn crowd know Benjamin’s story. Band mates and friends approached us throughout the night, asking how Benjamin was feeling. I only had to nod in his direction for them to see that he was operating at full speed. I was relieved that he could just be one of the crowd tonight, enjoying the music.

Today our boys saw artistry being offered to those who appreciate it, and they saw the hard work that went behind it. I am grateful for these influences in their life, and for so many other influences that come from such a rich family quilt.