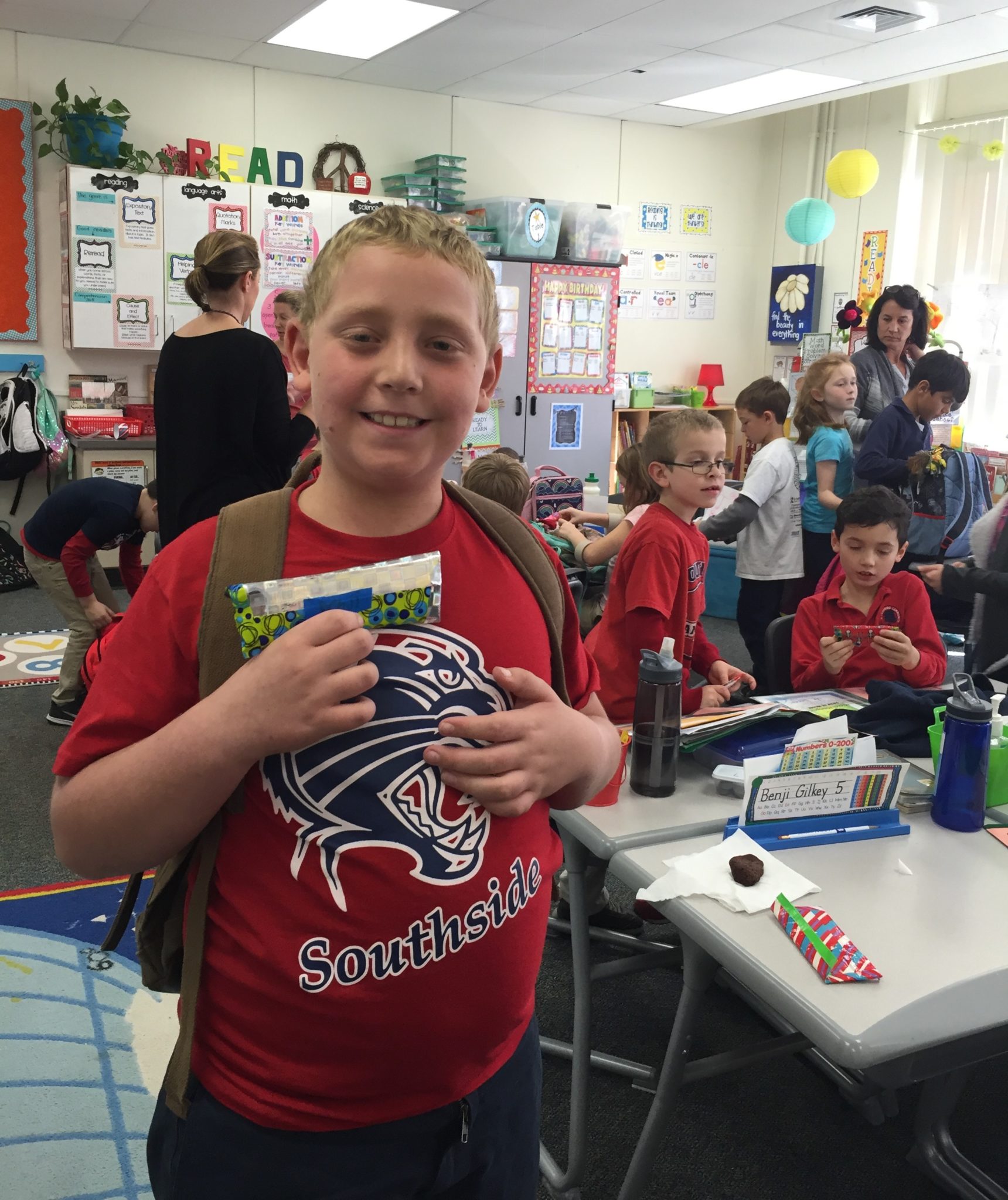 …but today did not include any of these things (except two and a half mercaptopurine pills). Today was about “shaking off the perfect.”

I walked the bridge this morning with a good friend who makes me laugh uncontrollably, from my belly, in the best possible way. The wind was fierce. I was still feeling all of the heaviness from yesterday’s contact with new cancer families and I was relieved for the strong, cold expungment.

Today would have been Michael’s father’s 71st birthday, so lunch and dinner were celebrations of a great man’s life. We celebrated lunch with Benjamin at Southside, and dinner with everyone at one of Mic’s favorite restaurants. In between, I visited Benjamin’s classroom to help his teacher lead a group crafting project.

After we picked Banyan up from school, I took the boys to my sweet friend’s birthday party. It was for her son, who turns one on Sunday. Naturally, all of the other children present were much younger than my boys. The mothers there were very happy to see me, which made me feel so good…but my boys were a little crazy, and my ego interfered with my judgement. I thought they were not behaving as well as they should have been at a social gathering. Mrs. Smith’s words came back to me. Shake off the perfect. When I abandoned my need to be perfect, I could see that my boys were having fun. They were helping other children much younger then they are, and creating ripples of laughter throughout the party. Shake off the perfect. Indeed.

We had a lovely dinner in Michael’s father’s honor. During the meal, I received a message that a mother in Sarasota just learned that her two year old daughter has the same leukemia that Benjamin has. She is at All Children’s now.  Several people have reached out to connect us. We have been messaging back and forth all night. I am brought back to the fear, the shock, the guilt of those first few days. I asked Benjamin what I should say to this mama. He said to tell her, “Don’t be scared.” So that’s what I told her. I hope to give her much more wisdom, and probably a rainbow star, in the coming days. For now, I wish I could just wrap my arms around her and repeat Benji’s words. Don’t be scared. I also told her, and her friends that reached out to me, to watch out. Because this little girl is going to blow them away.